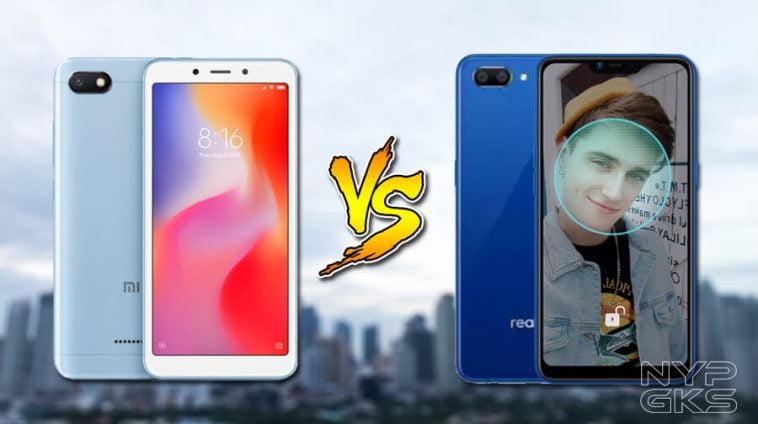 It looks like the days where Xiaomi is the only brand to offer bang-for-the-buck smartphones is coming to an end.  A lot of tech giants saw the effectiveness of the company’s strategies, so they started to follow suit.

Beating Xiaomi is one of the main reasons why OPPO established the Realme brand. And to be honest, I don’t think that the similarity between the Realme and Redmi names were a coincidence.

Realme started its operations in India several months back and has branched out to other markets, including the Philippines. To kick things off, the company has brought the Realme C1 here in the country — their cheapest smartphone to date. But despite the affordable price tag, the Realme C1 packs tons of capable hardware that aims to meet or even exceed everyone’s expectations.

However, that’s also what Xiaomi’s Redmi 6A is doing since its conception. Much like the latter, this one aims to cater those who are looking for the best possible device in the sub-Php6,000 price segment. With that, in our Xiaomi Redmi 6A versus Realme C1 specifications and features comparison, we ought to see if newcomers like Realme can take on the pioneers like Xiaomi. Let’s begin! It looks like Xiaomi is indeed starting to face some really tough competition. In our previous comparison, one of their current midrange offerings was easily obliterated by one of Honor’s.

Now, the table above shows that yet another Xiaomi device has been outshined by a new competitor. Sure, the Xiaomi Redmi 6A won some rounds in this specs battle. But still, the Realme C1 was still able to take the trophy in major categories. First, we have it large 6.2-inch HD+ screen, which easily towers the Redmi 6A’s 5.45-inch HD+ display. The former also features the trendy notch on top, which allowed it to have slimmer bezels.

Probably the most important feature on a smartphone, even on low-end devices like this, is the performance. Realme’s bet is powered by a Qualcomm Snapdragon 450 octa-core processor, while the Redmi 6A settles for a MediaTek Helio A22 quad-core chipset. But to give the  Redmi 6A some credit, it does come with twice the storage capacity for the same size. However, future storage expansion via a microSD card is still a viable option for those who will really want to own the Realme C1.

Both handsets have a 5-megapixel front camera and a 13-megapixel primary shooter with PDAF. However, the C1 was able to one-up the Redmi 6A as it comes with an extra 2-megapixel rear sensor for better portrait mode pictures.

And to finish it off, the Realme C1 boasts a large 4,230mAh battery. That’s substantially bigger than the 3,000mAh capacity on the Xiaomi Redmi 6A, or even in other smartphones in this category. To sum it up, if you want the best possible smartphone for the money, go with the Realme C1. This phone retails for a price of Php5,990 and comes with a 16GB of configuration. And if you spot Realme’s occasional sale and price discounts, you can even get it for as low as Php5,490.

On the other hand, you can purchase the Xiaomi Redmi 6A for Php5,290 for the 16GB variant, while the 32GB model costs Php5,990. Xiaomi is also doing frequent price discounts, so it can be bought at an even cheaper price. As of writing, both models are currently available in Lazada for Php4,990 and Php5,290, respectively.