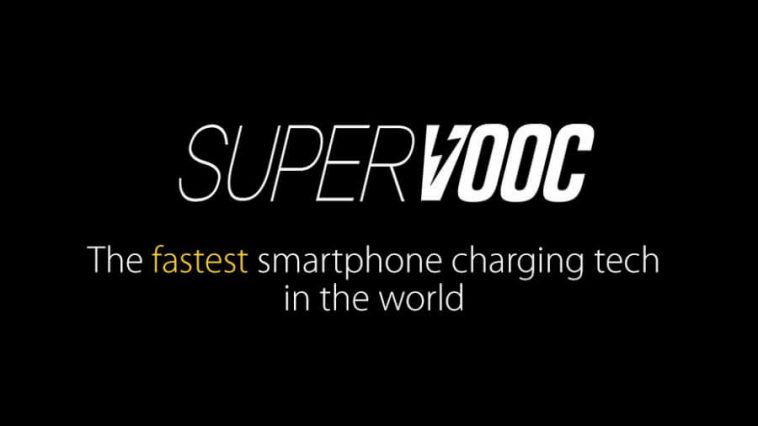 The battery is one of the core components of a modern-day smartphone. No matter how powerful a smartphone is, it’s still useless once the battery drains out.

Years ago, smartphone companies used to ignore that department because they often focus on shiny and flashy features that no one would use. Fortunately, some brands took notice and initiated the revolution that led to the smartphone battery and charging technologies we now enjoy.

Instead of relying on existing quick charge systems around, OPPO decided to design and develop its own which resulted in the creation of VOOC. After the unveiling of the VOOC flash charge technology with the OPPO Find 7 back in 2014, it became one of the most recognized fast charging systems worldwide. But OPPO isn’t stopping there. First introduced more than two years ago, OPPO revealed its innovative Super VOOC fast charging technology at Mobile World Congress, showcasing its prototype that was able to go from 0 to 100% in just 15 minutes. But it’s only this year that we get to finally experience a fully functional consumer product equipped with the said technology.

As a follow-up to the already impressive VOOC, people have high expectations on the 2nd iteration of OPPO’s proprietary charging system. But what’s new?

Unlike typical smartphone chargers which operate at 5V and 1A/2A, OPPO’s VOOC uses 5V and 4A which equates to a total of 20W off the wall. This enables OPPO VOOC-enabled smartphones to charge faster than usual. In just 30 minutes, it can give 75% charge for a 3,000mAh battery.

For Super VOOC, OPPO brought it to a whole new level. It uses an all-new low-voltage pulse-charge system with a combination of 10V and 5A in its 50W charger, so it can fill up batteries at an insanely fast speed. It supports both microUSB and USB Type-C in line with the global standard.

Another difference is that unlike the normal VOOC, Super VOOC requires a bi-cell battery design built-in on the device. In layman’s terms, it needs (2) two batteries instead of the single cell that most smartphones use. This way, it can charge up way faster as it loads up two cells at a time.

Compared to other fast charging technologies which slow down when the device is in use, OPPO’s proprietary charging solution can still perform at the same rate because of its well-crafted thermal system that lowers temperature. Regardless if you are using it or not, it will finish charging at the same time. A traditional 5V 1A charger can charge a completely empty OPPO Find X Lamborghini Edition to 100% in 220 minutes while a 5V 2A brick is quite faster at 135 minutes. Meanwhile, the first generation VOOC can fully juice it up in as fast as 90 minutes.

Which OPPO smartphones have Super VOOC?

As of writing, the only smartphones with Super VOOC support are the OPPO Find X (with bi-cell), OPPO Find X Lamborghini Edition, and OPPO R17 Pro.

Since it took several years before VOOC reached the midrange segment, so we’re expecting that Super VOOC will be kept exclusive for high-end smartphones for a while. And in case you’re wondering if Super VOOC will ever be used by other brands, OPPO doesn’t have plans on licensing the technology as they want to keep it for themselves. However, they did license it internally with OnePlus, another smartphone brand under BBK Electronics.

Are there drawbacks with Super VOOC?

One of the main concerns with regard to fast charging is the battery’s health. Since it’s getting charged at a much higher speed, it could potentially come with problems. OPPO guarantees that it doesn’t affect battery health in any way, although we can’t really confirm that yet as it’s too early to tell.

Another important thing to note with Super VOOC is you can only get it with the supplied charger bundled with the smartphone. In order for it to work, OPPO had to use a custom USB cable and charging brick. This means that when you use any other charger, it won’t charge at Super VOOC speeds. According to OPPO, they equipped their phones with five layers of protection so that there won’t be any untoward incidents in relation to charging.

First, the adapter has a built-in overload protection which means that it’s protected against overcharging as it stops supplying power after the battery hits 100%. In addition, the smartphone also has a battery fuse and overload protection. Lastly, to keep the everything in check, the power adapter and USB interface have a chip to determine the current state of charging, and whether flash charging is working or not.

That’s everything you need to know about OPPO’s VOOC and Super VOOC flash charging technologies. In case we missed anything, or if you have any questions, feel free to drop a comment below so we can help you out.