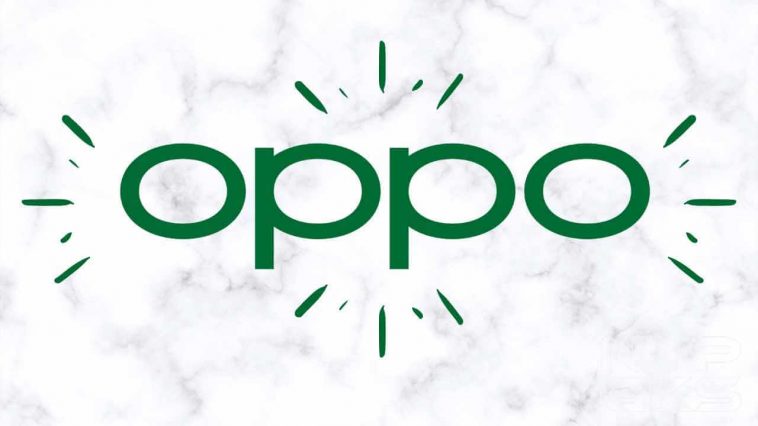 Whether or not you have been subscribing to the busy world of the smartphone industry, there’s a good chance that you have heard of OPPO. Bringing new features and innovations to every new device they release into the market, OPPO has already cemented its position as one of the top phone manufacturers in the world, behind only giants like Huawei, Samsung, and Apple.

But OPPO as a leader in the smartphone business was once just an obscure Chinese brand trying to make a name for itself in the global industry. As they catapulted themselves into the limelight, OPPO became known for their first-mover phone innovations — especially for their camera technologies and 5G connectivity.

Several people know a lot about OPPO’s revolutionary phones, but the same cannot be said for the company itself. Today, we’re sharing 8 interesting things to know about OPPO that may impress, surprise, or even confuse you.

#1 OPPO started out with MP3 players.

Despite now being one of the major smartphone manufacturers globally, OPPO was not focused on smartphones when it was first established back in 2004. In fact, their first product was a portable and curiously tear-shaped MP3 player called the OPPO X3. Still, it was received well by users for its quality and ingenious design.

OPPO’s first interest in phones came with the release of the Smile Phone in 2008, a gold feature phone with a smiley face on the back. Its unique design made the phone a runaway success in China, OPPO having to restock the model five times to satisfy the demand. Even early on, OPPO has already been pioneering different technologies and aesthetics that they are now known for with their current models.

#2 OPPO, Vivo, OnePlus, and Realme all came from the same parent company.

If you’ve heard about OPPO, then you’ve probably heard about Vivo, another Chinese brand that’s been making waves in the market with their Hi-Fi audio and ultra-sleek displays. While OPPO and Vivo are constantly put against each other — and through the years have been head-to-head as the fifth-largest phone manufacturer in the world — the two brands are actually sisters under one parent company.

BBK Electronics is the name behind famous smartphone brands like OPPO, Vivo, OnePlus, and Realme. This Chinese conglomerate of companies started out in 1995 with the goal of bringing innovation to three sectors: audiovisuals, communications, and performance.

OPPO was BBK Electronics’ answer to the audiovisuals field, starting out as an MP3 and DVD player company before transitioning into smartphones. Vivo was positioned for communications devices and pioneering R&D, while iQOO, a relatively new addition to the BBK family, was created for performance and 5G connectivity.

With several big brands under its wing, BBK Electronics is considered by some as being a strong contender to overtake Samsung in the coming years to lead the global phone manufacturing industry.

#3 The BBK group of phone companies is the second-largest smartphone manufacturer in the world.

OPPO on its own is already a major force on the market, shipping 32.7 million units and being the fourth-largest phone manufacturer in the world in Q3 of 2019. But as part of the BBK group, it packs a much larger punch. Totaling the sales of OPPO, Vivo, and its other famous brands, BBK shipped approximately 72.4 million units in Q3 to get a 19.1% global market share. This record made BBK the second-largest manufacturer, not far behind Samsung with 21.3%.

In terms of the top two largest markets, BBK Electronics already leads the pack. The combined market share of all its brands makes BBK the largest manufacturer in China and India, even reaching a mammoth 42% share in the Indian market in 2019.

#4 OPPO pioneered the motorized camera plus several other revolutionary specs.

OPPO has been at the forefront of innovation ever since the release of its first smartphone in 2012 (the OPPO Ulike 2), which was the first phone to have a built-in beautifying feature. Another one of OPPO’s early first-mover technologies is the motorized and rotating camera (with the OPPO N3) that can be rotated up to 206 degrees with a simple touch of a fingerprint sensor.

OPPO specializes in camera technology and sleek displays, showcasing new innovations with the release of each new model. Some of their newer offerings are the Panoramic Arc screen in the OPPO Find X and a revolutionary 10X lossless zoom technology to bring your photos to the next level.

#5 The OPPO R5 once held the Guinness World Record for the thinnest smartphone.

Speaking of innovations, OPPO made headlines early on when it released the ultra-thin OPPO R5 which measured just about 4.85 mm (or 0.19 in) in thickness. After its release in 2014, the R5 broke the Guinness World Record for the thinnest smartphone, previously held by Gionee’s Elife S5.1, another Chinese brand.

Not long after, a fellow BBK brand broke OPPO R5’s record when it was released by the end of that same year. Measuring at an incredible 4.75 mm, the Vivo X5 Max took the crown from R5 and is still currently the thinnest smartphone, while still boasting some killer specs.

In the mobile world, there is an unspoken race of creating the thinnest smartphone with no loss of functionality, but only a few come close to the standards set by the OPPO R5 and the Vivo X5 Max.

#6 OPPO is a global partner of FC Barcelona.

OPPO is no stranger to big marketing investments, and this has possibly contributed greatly to the success of the brand’s promotion to a more global audience. In 2015, OPPO forged a three-year partnership with FC Barcelona, one of the most famous and decorated football teams.

The partnership has led to the creation of customized Barca editions of OPPO’s smartphones, like the OPPO Reno 10X Zoom. OPPO has renewed the agreement to become FC Barcelona’s global partner for three more seasons until 2022.

#7 Leonardo DiCaprio once starred in an early OPPO commercial.

Not shying away from lavish advertising, OPPO once had Hollywood mainstay Leonardo DiCaprio star in series of commercials back in 2011 to promote the OPPO X903, one of their earliest phones and was a hybrid between Android OS and a full QWERTY keyboard. The advertisements saw Leonardo running around to look for a woman in Paris, using his phone to track her down.

This wasn’t the first and last time Leonardo DiCaprio starred in a Chinese commercial. Through the years, he has also been the face of an online marketplace, an electric vehicle company, and a massive entertainment complex in Macau. Known as “Xiao Li” to his Chinese fans, Leonardo has amassed quite a following in China because of his frequent appearances in advertising.

#8 OPPO launched a peer-to-peer transmission alliance with Vivo and Xiaomi.

In an unprecedented alliance, OPPO has partnered up with Vivo and Xiaomi to launch their peer-to-peer transmission technology, a seamless and cross-brand file transfer system without the need for third-party apps or an internet connection. The alliance was formed in anticipation of 5G technology to ensure greater connectivity and quicker transfers for large files even between different brands.

The peer-to-peer technology uses Bluetooth Low Energy (BLE) for quick pairing and Wi-Fi Peer-to-Peer technology. Additionally, transfer speeds using P2P technology could easily reach 20Mbps. While the alliance of OPPO, Vivo, and Xiaomi is a great first step towards better connectivity in the Android community, the three brands are also calling on other smartphone brands to join in on the movement.

What do you love about OPPO and their phones? Did we miss any interesting facts about OPPO? Let us know by sharing them with us below.