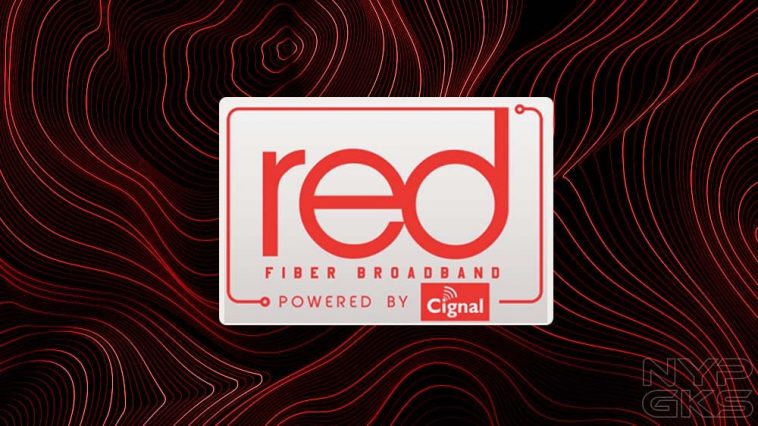 Since its launch, Red Broadband has gradually unveiled more information about the services it will be offering to prospective customers. Here is everything we know so far about the latest Internet service in the Philippines.

What is Red Broadband?

Red Broadband is a Philippine Internet service with pay TV, a joint venture of direct-to-home satellite provider Cignal and the Meralco telecom subsidiary, Radius Telecoms. Both Cignal and Meralco are part of conglomerates that are chaired by Manny V. Pangilinan, who is also the chair, president, and CEO of PLDT.

What are the Red broadband-TV bundle plans available?

Red Broadband’s Internet plans with bundled TV channels start at 20 Mbps for a monthly fee of ₱1,699. The highest speed they have announced so far is 200 Mbps for ₱5,999 a month.

What are the Red broadband-only plans available?

If you only want an Internet connection in your home, or if you already have an existing cable TV subscription from a different service provider, Red Broadband also offers standalone Internet service plans. Getting these plans is basically forgoing the bundled TV channels to save ₱150 each month.

What is the actual guaranteed speed I’ll get with my plan of choice?

Note that the speeds listed in the plans above is the maximum speed you’ll be able to enjoy, so it’s not necessarily the speed you’ll consistently (or always) experience. Red Broadband guarantees a minimum of 20 percent of the subscribed plan, with an 80-percent reliability.

In other words, if you get the 100 Mbps plan for example, expect at least 20 Mbps and up to, but not always, 100 Mbps. And in a month’s worth of usage, there may be on average up to six days in which your connection may be wonky, based on Red Broadband’s reliability rate.

It’s also worth noting that the speeds listed are expected to be for downloads only, unless Red Broadband announces otherwise. As such, upload speeds may be slower just like in other Internet service providers.

What are the Red broadband speed boosts or upgrades available?

If, somehow, the fastest available plan (200Mbps) is still not enough for your online needs, you can avail of a speed boost to increase your overall speed. Speed boosts start at 100 Mbps for ₱3,999.

Note that speed boosts are only applicable for the plans with integrated TV channels.

What are the channel upgrades available?

The default 61 channels may not be enough for couch potatoes and channel surfers. Fortunately, Red Broadband also provides add-ons to increase the number of bundled channels. Adding more channels will cost at least ₱420 (85 total channels) and can go as high as ₱1,890 (122 total channels).

Like with speed boosts, PayTV add-ons are only available for the plans with integrated TV channels. Standalone internet plans are not eligible.

Are the Red Broadband plans worth it?

Based on price alone, Red Broadband’s plans are on par with the competition, though some of their higher plans are relatively more expensive. For your reference, here are some links to related Internet packages offered by other ISPs:

I’m still not convinced. What other selling points does Red Broadband have?

Red Broadband also offers basic subscription access to CignalTV’s streaming app called Cignal Play for free. The app is already available and free to use at app stores and thru similar Internet packages from other ISPs, so it remains to be seen if there’s an added bonus or feature from Red Broadband.

Red Broadband is also marketing itself as “the broadband of choices.” It basically means you get to pick a base plan, and then mix and match it with the speed boosts and channel upgrades as you see fit.

As of this writing, Red Broadband has not disclosed any caveats or limitations that would contradict their claim of offering unlimited data. But before signing up, make sure you read the fine print.

Check the terms and conditions of the contract for sections that may indicate throttling, data capping, daily/weekly/monthly volume allocations, internet allowance, fair use policies, and other factors that may affect your online activities.

Also look for provisions on data usage monitoring, privacy policies, and data abuse policies, because these may also affect your experience.

Besides the monthly fees of the postpaid plan and optional upgrades, what other fees should I expect?

Red Broadband will charge a one-time setup fee that covers the cable installation, plan activation, and rental of equipment. For plans with integrated TV channels, the cost is ₱3,500. Internet-only plans have a one-time fee of ₱2,500.

If Red Broadband follows a fixed billing cycle, expect your first monthly bill to be prorated. This means you’ll need to pay slightly higher than your monthly rate, since you’ll also pay for the additional days of the previous billing cycle starting from the installation date.

How long am I bound to the Red Broadband postpaid plan contract?

Red Broadband has yet to reveal its terms on pre-termination. But if other ISPs are anything to go by, you may need to pay at least four months’ worth of fees, if not all the remaining months of your contract, when you request for early termination. Also, if you upgrade your existing plan, you can expect your lock-in period to be refreshed or extended.

What documents and information are needed to apply for a Red Broadband plan?

To apply, you’ll need to accomplish a Red Broadband Subscriber Acquisition Form. In addition, you will need to present proofs of identity (two valid IDs), proof of residence (such as a deed, lease, or contract), and proof of billing.

Is my location covered by Red Broadband?

As the newest player in the Internet service market, Red Broadband is still rolling out its network. It has yet to provide a coverage map for you to check if your city or region is serviceable. In the meantime, Red Broadband suggests following their social media channels for updates.

How do I get in touch with a Red Broadband customer representative?

For inquiries and application, you may visit any Cignal store. You may also call them via their hotline number: (02) 88-888-222.

On Facebook, there seems to be no official dedicated page for Red Broadband. Steer clear of unofficial pages, as these may be used by unscrupulous folks to scam people. Instead, you may check CignalTV’s official page for updates.

Also look out for promos and events, when plans may likely be offered at a discount or with freebies.

Are there any other concerns I need to be aware of with Red Broadband?

This is a new Internet service, so information is scarce at the moment. Should you get in touch with someone from Red Broadband, ask them for details and matters that they’ve yet to address publicly. For instance:

You need to obtain as much official responses and information as possible, so you can use these to decide if applying for a Red Broadband plan is worth pursuing.