All the speculations around what type of game Fallout 76 will be can now be put to rest as Todd Howard, one of Bethesda’s Video Game Producer/Director, confirmed it to be an Online Multiplayer Survival game at this year’s E3 event in Los Angeles.

For those angry single player fans, don’t worry too much as you can still play the game on your own. The only issue with that is you’re missing out on some core components added. Namely, the ability to play, build settlements and explore the wasteland with your friends.

The Fallout 76’s main premise is to task players to rebuild the West Virginia commonwealth after a Nuclear War. Along with rebuilding the Commonwealth, you’ll run across enemies like Super Mutants, Feral Ghouls and other large creatures that’ll be introduced in the game and don’t forget you’ll be playing with other hostile human players as well.

Players will also be able find Nuclear access codes as they explore the Wasteland. The codes can be used to launch nuclear rockets to different parts of the map; including enemy bases.

Improvements on the engine and map where also featured. Bethesda confirmed that Fallout 76’s Map is 4 times bigger than the Fallout 4 map. Along with the Map Size, they are also using a new rendering and lighting technology that’ll help make the world bigger and more detailed. 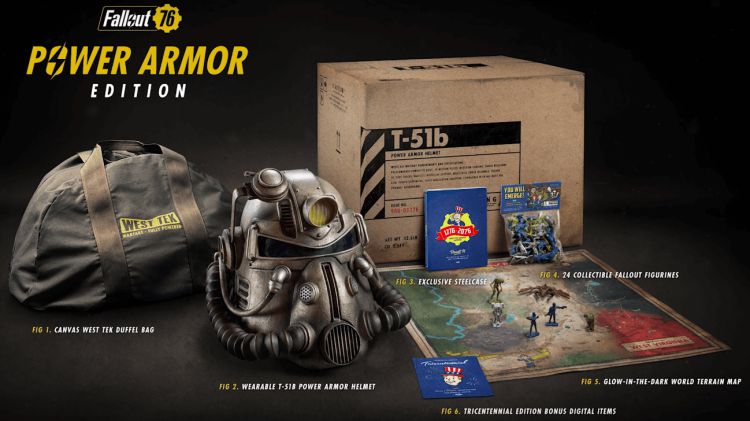 Ordering the special edition would get you the following:

And if the physical items aren’t enough, you’ll also be given access to the B.E.T.A.