Microsoft’s Xbox took the center stage at E3 2017 in Los Angeles, USA to announce their latest gaming console. Finally, the brand gave us a complete look of the long-rumored Project Scorpio — the Xbox One X.

Just like their previous new console releases, Xbox is promising better graphics performance for this one. However, the Xbox One X makes a big leap, unlike previous iterations.

The new Xbox One X is said to offer impressive graphics performance, even on non-4K televisions. The console is using a technique called Supersampling. This allows the machine to create frames with higher quality than what the TV can project, then crams it in.

To do this,  the company packed a ripped chip inside. There’s a custom 8-core AMD CPU that is clocked at 2.3GHz. A 6 Teraflop GPU that ensures smooth 4K performance. And a large 12GB GDDR5 gives the developers freedom to create bigger and larger game environments.

There’s also a roomy 1TB of storage, and a 4K Blu-ray drive that supports HDR televisions.

Other than the graphics, Xbox also gives special attention to the One X’s audio performance. The new console is equipped with Dolby Atmos and DTS:X which provides 3D Spatial audio.

And with such power, Xbox is claiming that gamers can enjoy immersive native 4K gaming. It is said that fans can enjoy True 4K gaming with 2160p frame buffers. They can also enjoy the benefits of HDR, wich provides better color and contrast. And let’s not forget the Spatial audio feature that theoretically can put you at the center of the action. 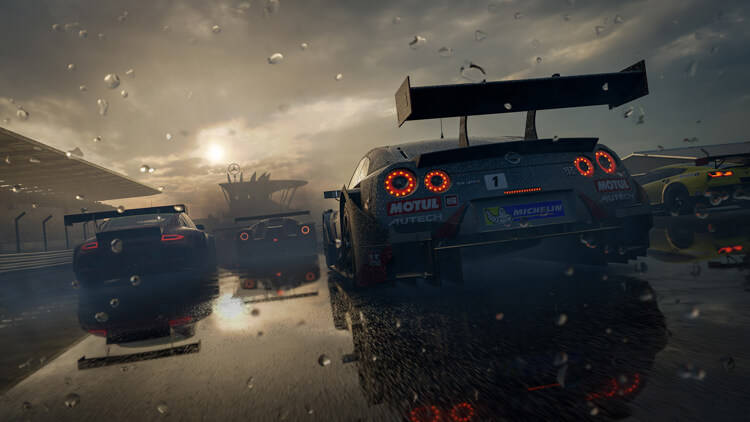 Xbox is also announcing several exclusive titles for the One X. There’s the Forza Motorsport 7, one of the fan favorites. There’s also the Sea of Thieves, State of Decay 2, Super Lucky’s Tale, and Crackdown 3. Microsoft also announced that they are planning on updating old titles to work with the new Xbox One X and use its full potential.

The new Xbox One X will have a global release on November 7 with a price tag of USD499 (around Php25,000). And despite the steep price tag, a Microsoft representative states that they aren’t making money out of it because of its expensive production cost. However, the rep said that they are focusing on making money in selling games, rather than the console itself.

With the Xbox One X’s powerful hardware, I’m personally hoping that Microsoft can attract more game developers. Developers that are interested in making games that are exclusive to Microsoft. A privilege that Sony’s Playstation 4 has been enjoying in the recent years.