It’s that time of the year again NBA 2K fans. 2K Sports has recently released its Standard and 20th Anniversary Edition for NBA 2K19 on the 11th of September and I’m back for another review.

In this NBA 2K19 review, I’ll go through the new features and improvements that make this game shine and also those annoying quirks that affect the overall gaming experience.

Let’s start with the good things. 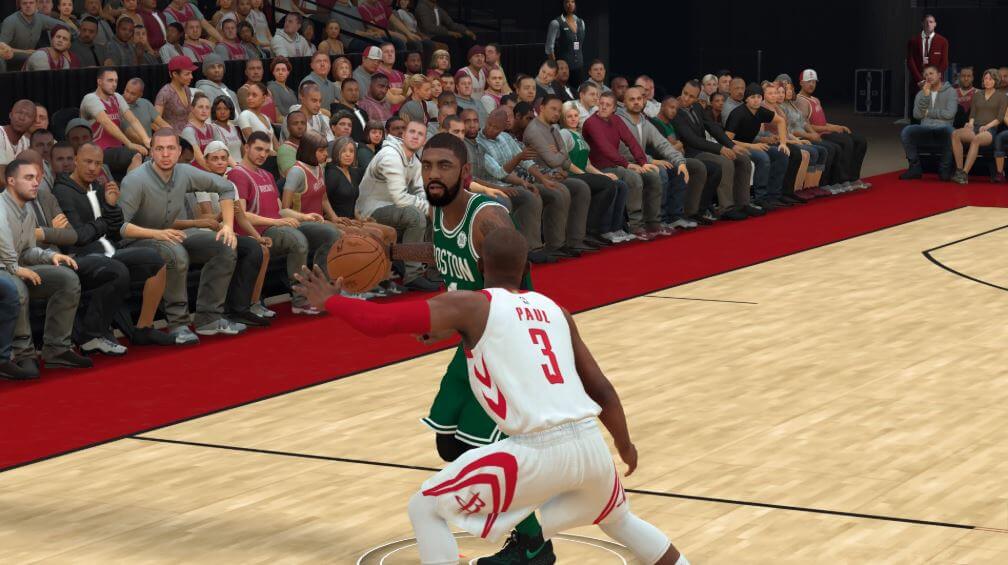 My first time playing NBA 2K19 was a fun but stressful experience. 2K19’s dribbling and gameplay mechanics feel different compared to its predecessor.

In our previous NBA 2K18 review, you can easily drive to the basket. Forcing your controlled player to drive to the line is easy, especially if your player is fast and strong. Think of LeBron James or Giannis Antetokounmpo driving through the lane.

But everything’s different now because in NBA 2K19, driving to the rim is now harder than ever. You’ll have to break down your opponent and attack at the most opportune time. This is a welcome change to the game as it challenges the players to be creative with their approach in scoring.

Rebounding the ball seems to be improved as well. In order to get a rebound, players would have to box out and time their jumps properly instead of just spamming the triangle button continuously. 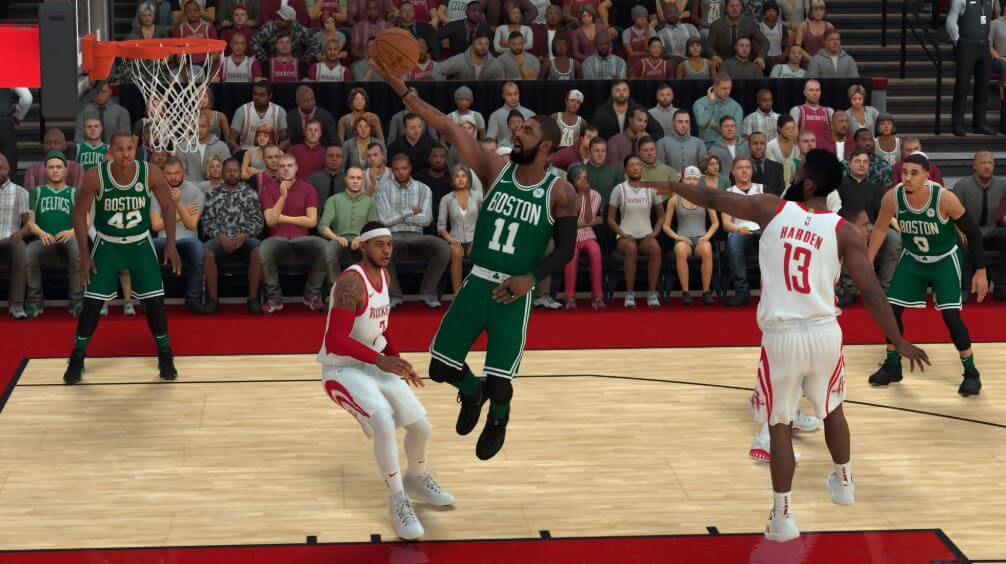 Player layups can now be made even though there’s contact between the defender and the offensive player. Last year’s game would trigger an animation that will immediately tell us that the shot is off. This year, you can time your shots accordingly thanks to the new Shot Meter.

Along with those notable changes, the “Takeover” mode introduced in MyCareer mode is also a great addition to the game. When activated, the user play will get a get a very noticeable boost. Players would have to carefully think about when to active the mode as timeouts, bad plays and substitutions can stop the effects of the mode. 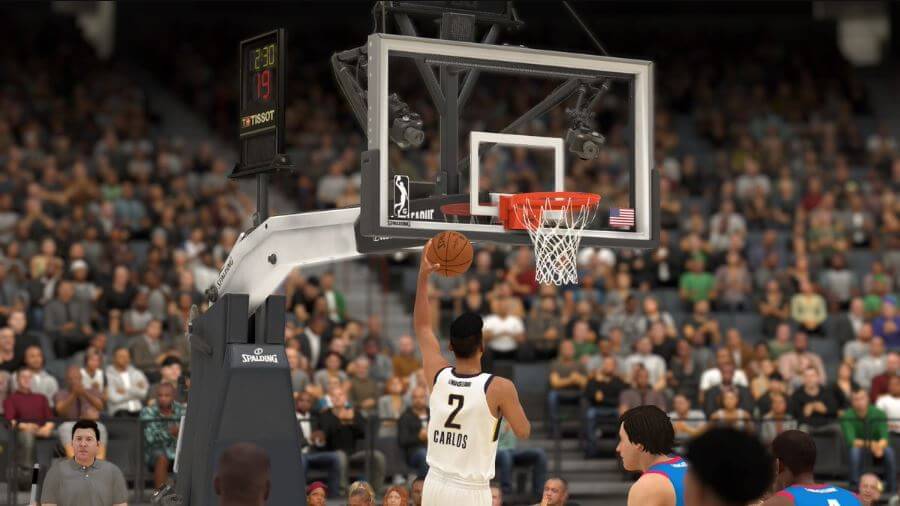 The story of NBA 2K19 is miles ahead of the former 2K game. The game allows you to go from being undrafted, playing in China, Playing in the G-League and eventually hitting it in the big stage of the NBA. It also allows the player to have the decision on which NBA team to choose.

Imagine being a point guard only to be drafted by teams with star point guards like the Rockets in CP3 or the Thunder with Westbrook. I would like to include the Warriors in my example but their starting 5 is basically an all-star team already. 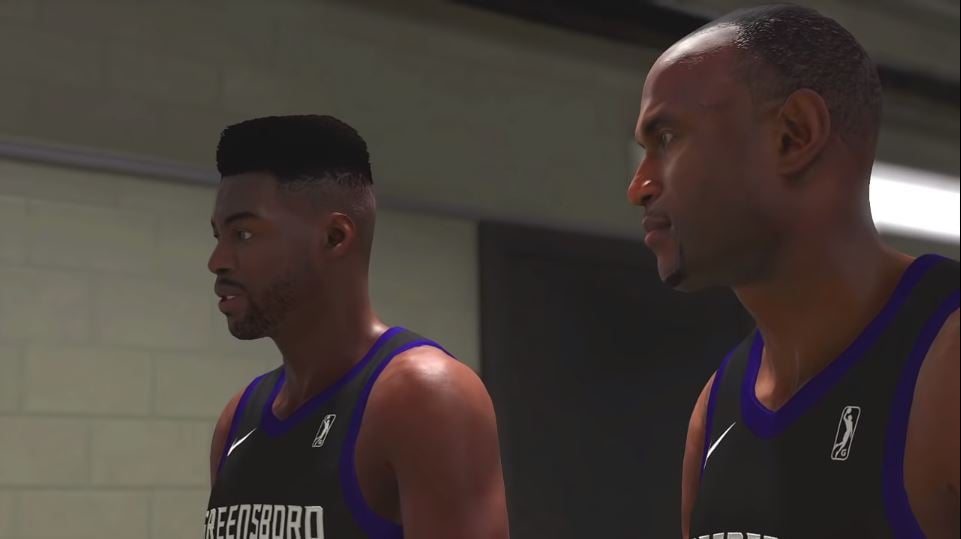 I also love the way 2K incorporates its former characters from past NBA games to the story. Past characters like Jackson Ellis, which was introduced back in NBA 2K14 as the character’s main antagonist, and ATM from NBA 2K18 is a good addition, if I may say so myself.

You can also skip cutscenes in MyCareer mode. This has been a main request by the 2K community for years but I believe it was mostly due to Bee’s annoying antics from NBA 2K18.

But it’s still there 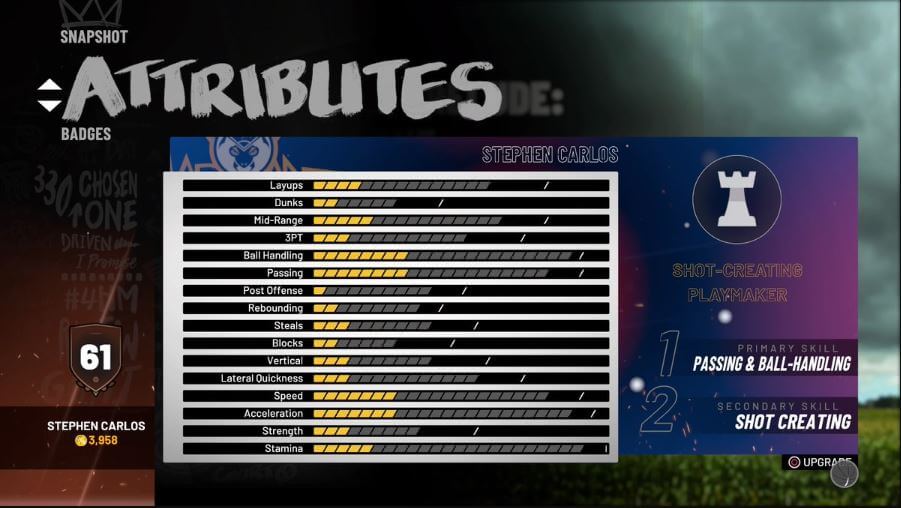 NBA 2K18 was clearly a Pay to Win game. In order to have a good to great player, you’ll need to purchase VCs (2K’s Virtual Currency) to upgrade your player. This would mean players that would like to grind for virtual currencies are already at a disadvantage.

Even changing your hairstyle last year was charged with VC. They offered no Haircut previews as well, meaning you’ll have to buy the haircut first in order to check if it fits your look.

This year? It looks like 2K has decreased the dependency on buying VCs in order to upgrade your player. It’s a good sign that 2K heard the main complaints from NBA 2K18 by implementing a more friendly VC system. 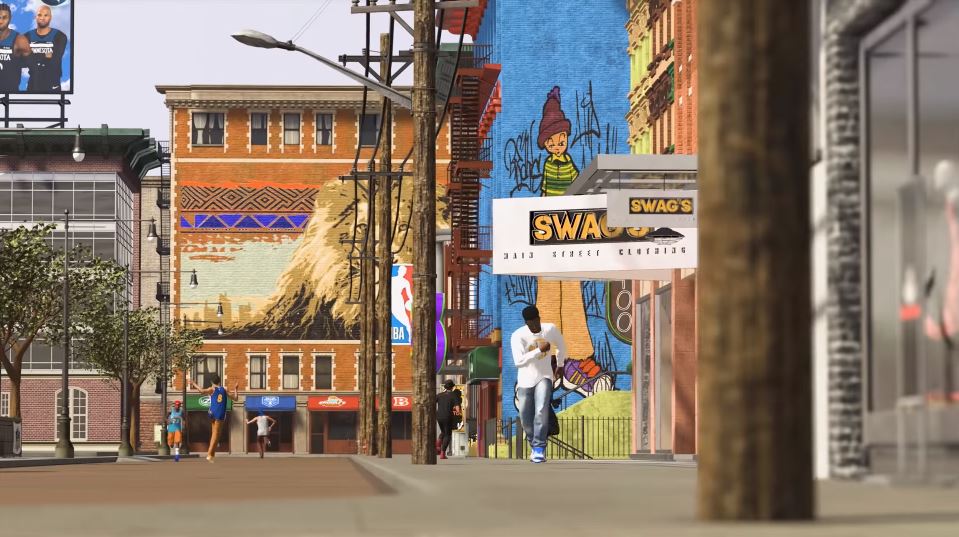 The neighborhood is back in 2K19 and with some more additions. New mini games like Slam Ball, which allows the player to play basketball with trampolines, dodgeball and trivia were added to the game.

These mini games provide different options to do when playing the game. It also allows the player to earn some of those needed VCs. 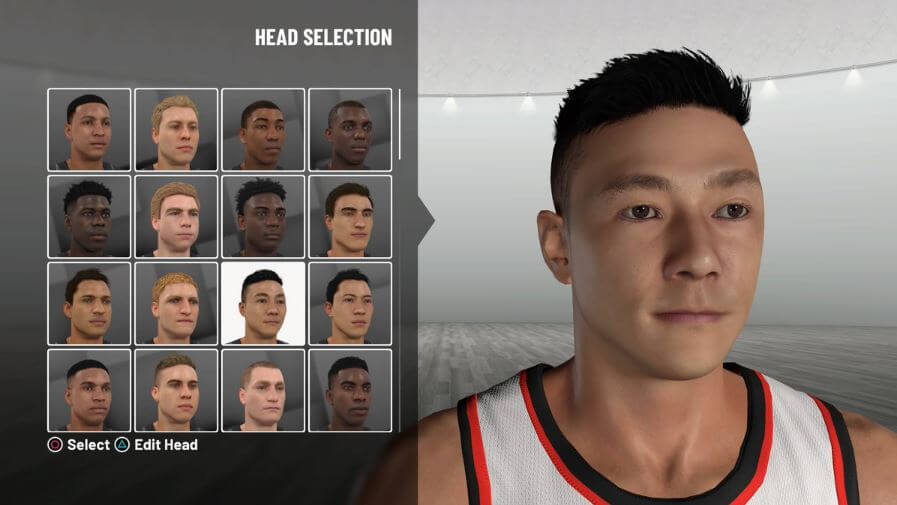 If you’re a big fan of playing MyLeague or MyGM and drafting soon to be NBA Draft Prospects, you’re in luck as NBA recently revamped their Create-a-Player function. Creating realistic draft prospects or players will now be easier thanks to the improved function. You can now properly sculpt the shape of the face of your player, increase the length of their hair and many more. 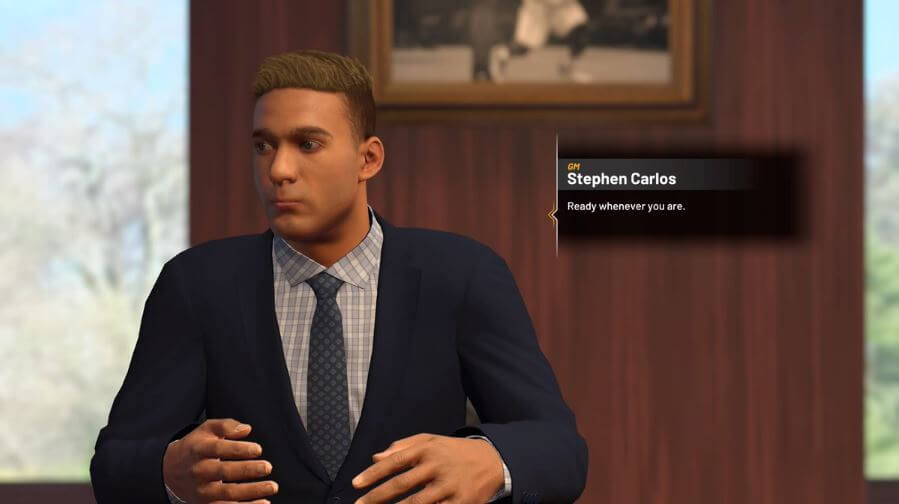 Let’s start with MyGM first. This year’s MyGM mode can be experienced two ways. The first way is similar to last year’s story but you’re now in charge of an expansion team. The second way is like the normal MyGM Modes we’ve had before. There are no stories just straight forward GM gameplay. 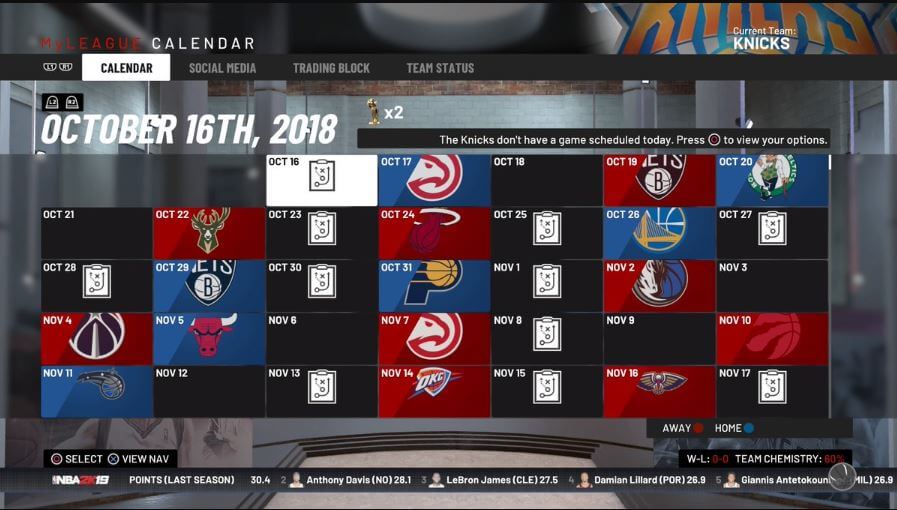 MyLeague, on the other hand, is on another level this year. It’s now more detailed. From setting the player expectations when it comes to their next contracts to Trade exceptions being created. It’s the closest thing we have in experiencing how to handle a particular team or some cases, a league.

Now let’s discuss the bad things in this game. 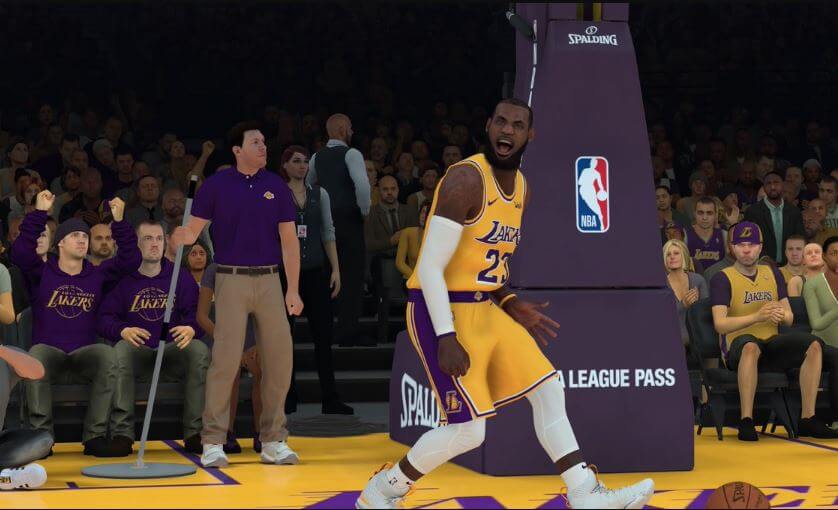 Yes, I know I’ve said the overall gameplay is an improvement compared to last year’s game, but there are still some quirks that really would really annoy other players.

First, the ball gets stolen from the player’s hand way too easily. Especially when facing players like Chris Paul, Kyle Lowry and even Stephen Curry. It’s a really annoying part of the game which I think will be fixed by the time the first gameplay patch arrives.

Second, I’ve encountered this problem where Lebron James can’t drive past Fred Vanvleet when driving through the lane. Even though I was partly able to break through the defender, Vanvleet was still fast enough to cover and stop LeBron James’ drive. That part isn’t realistic, at all.

Third, running the fastbreak seem to be slow. Lebron James on the fastbreak was supposed to be a an automatic dunk. But for some reason, players like Danny Green and OG Anunoby were able to catch up to the King quite easily. 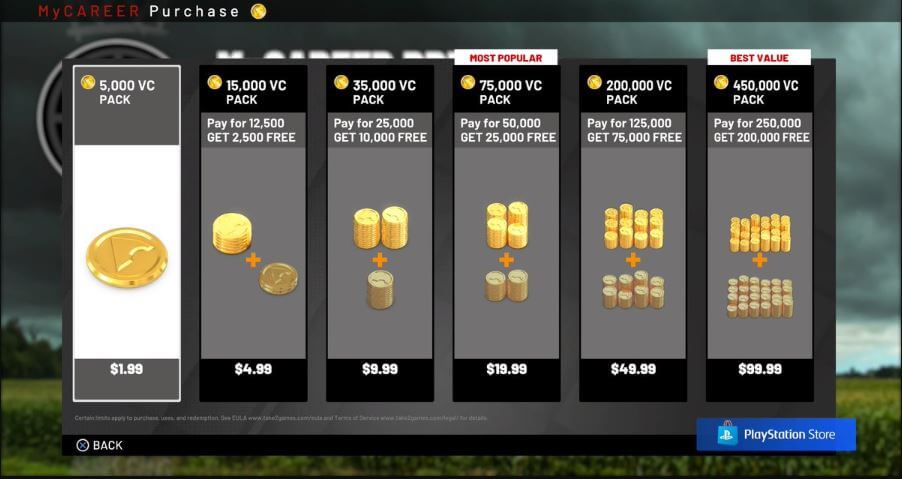 Even though the overall dependancy on buying virtual currencies has been lessened, it’s still noticeably there. The core gameplay of MyCareer is still centered around getting these virtual currencies. Buying clothes, shoes, Gatorade performance boosts and even vehicles to travel around the neighborhood with are also bought by VCs and they are priced fairly high. 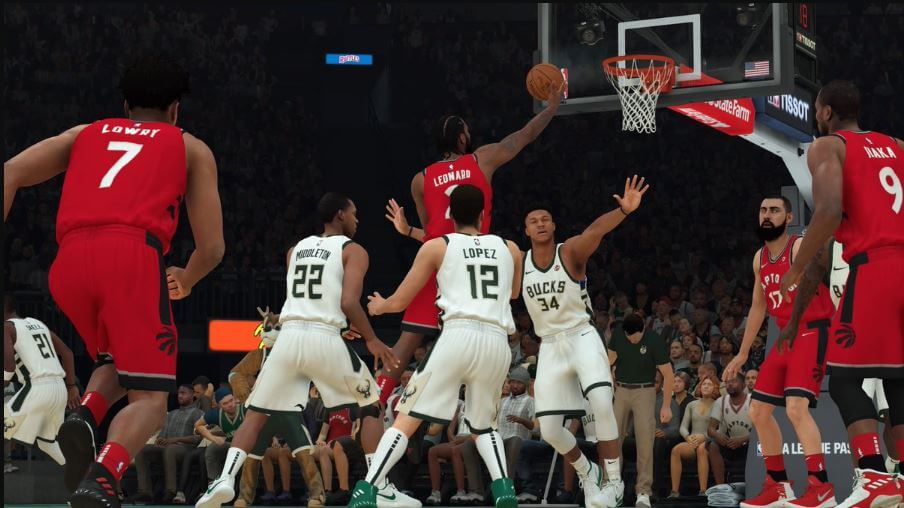 Overall, NBA 2K19 is still a very solid title. They’ve practically improved upon every aspect of the game. I just wish they would lessen the need for Virtual Currencies. This game caters to all different play styles. Whether you play MyCareer Mode, MyLeague, MyGM, Online, offline etc. this game can surely get you hooked no matter what game mode you play. So if you’re an NBA 2K18 owner, I would still suggest getting this game.

If you’re interested in getting the game, both the Anniversary Edition and the Standard Edition are now available in gaming stores for Php5,390 and Php3,190, respectively. 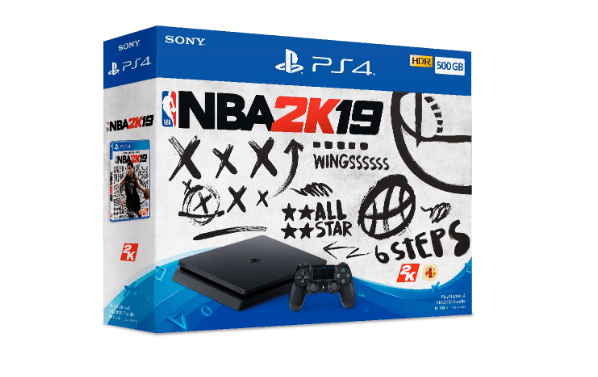 Also, just in time for the new NBA game, Sony has announced a new Playstation 4 NBA 2K19 bundle which will arrive in the Philippines this month. The bundle will cost Php20,490 and will come with a PlayStation 4 console (Jet Black 500GB), a DUALSHOCK 4 wireless controller, Blu-ray Disc version of NBA 2K19 and PlayStation 4 one-year extended warranty service. The bundle pack also comes with an A2 size poster featuring two-time NBA All-Star Giannis Antetokounmpo and premium decal sticker.

What do you guys think of the New NBA 2K19 game? Let us know down in the comments section.