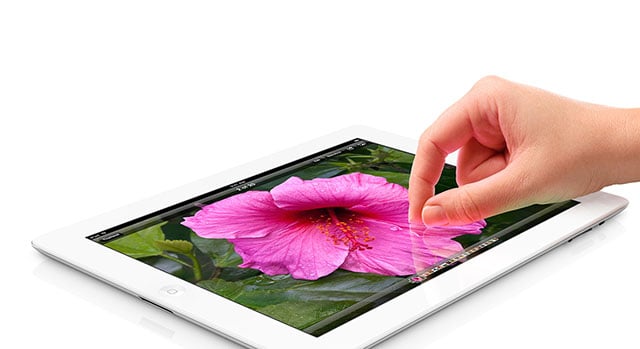 Apple finally confirms the existence of an iPad with 128GB of storage and it will be launched on February 5 in United States. For multimedia and app junkies out there, this device is for you.

Remember the story we covered a few days ago? Yes, it turned out to be true. We’re just surprised that one day after the leak, it has been officially confirmed by Apple.

The 128GB iPad is basically an iPad 4 with an upgraded storage. That means it has the same dual-core A6X CPU, 9.7-inch Retina display, and all other features tend to be identical. Indeed, this is just an iPad 4 with only the storage capacity as the main difference. In terms of pricing, it’ll go on sale starting at $799 for the Wi-Fi only model, and the Wi-Fi plus LTE variant will be sold for $929 (US). It will also be available in both black and white colors just like the 4th Generation iPad. If you’re hoping to see the same color options like those on the latest iPod Touch, sorry, but that’s not included in Apple’s plans for now.

So who needs a 128GB iPad? Ideally, it’s for those people who love to store tons of movies, music, and photos on their tablet. Another target could be business and enterprises that are keen on storing huge amounts of data for their documents and the like. But if that’s really the case, I guess it’s better to buy a laptop or a Surface Pro once it becomes available. That way, you’ll get a full-fledged desktop experience and their apps will be available for you to use. Of course, I’m speaking of overall usability here. It’s still relative to every user and it’s best to base it upon individual needs. In fact, it boils down to two major factors: functionality and portability.

This development should also pump the competing manufacturers to improve their built-in storage capacity as well. I know that most of them offers a microSD card slot on their android tablets, but sometimes people just want to have more – regardless if they really need it or not. If you own an android tablet with USB OTG, you might as well brag about your tablet because it can handle a monstrous storage of 500GB (1TB?) through the help of an external hard drive – and enjoy the contents. Yeah, we know you can do it. Even some android phones can do that too. So that makes it even, Apple.