If you have been an iPhone user since at least 2012, your phone has probably an app called “Find My Friends” in it which is essentially developed to connect people who are in a tight-knit relationship. It’s a very nifty app especially for families who like to keep tab of one another by simply looking into their device, granted that the connection is established between two devices.

But, while indeed very useful in keeping everyone’s location in check, it is also an app that is basically a tool for spying. Of course, it takes consent on both parties to enable the connection between two devices.

But what if one of the two parties are not aware that the connection is built in the first place? Say, having someone illicitly make the connection behind the owner’s back, which is also to say having the same individual gain access to another person’s iPhone or iPad without his or her consent.

Curious as to what the scenario will entail, we personally tested the app on two unique iPhones, both of which capable of running the application, and see how it will work once the link is established. 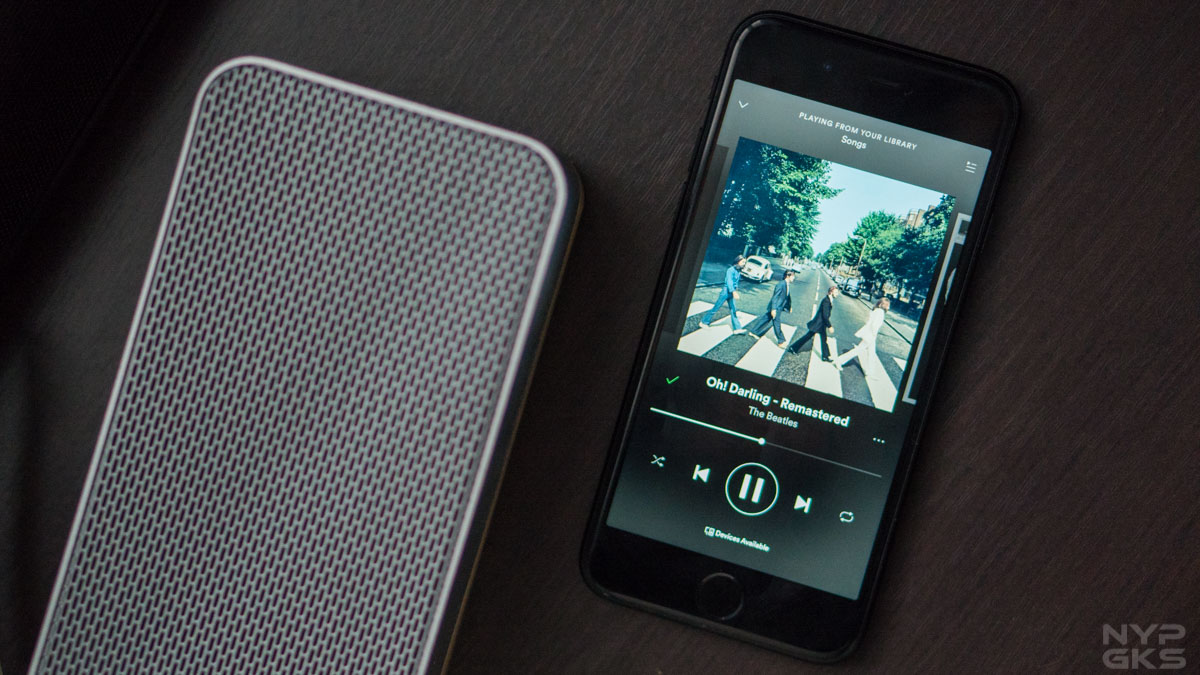 Navigating through the app’s user interface is easy enough once you have the grasp on how it works and had identified what your intention is with its use. But what is shocking about this program is that how “incognito” it was designed in that the owner of the phone will have no visible ways of knowing who is tracking him through his smartphone—no notifications, no alerts, nothing.

Yet, while the owner could still see a list of people who follows him or her; to the unwitting person, this may seem innocent enough and not a big deal to be a concern—which it should be. Unbeknown to the person, his or her location is already being monitored as soon as the linkup has been established, to a point of giving the “spy” a reminder whenever you move.

However, although this feature may seem to be intrusive, I can imagine a better application to this app should the need for it arise like for a parent and their children. Therefore, this is how you could track another person subtly using your iPhone.

Find My Friends is an app exclusive for the Apple devices. If you are to follow this method, make sure you are using two devices that run on iOS 8 at the very least. Meeting this requirement, the next important step is to validate that the app is indeed installed on both gadgets. 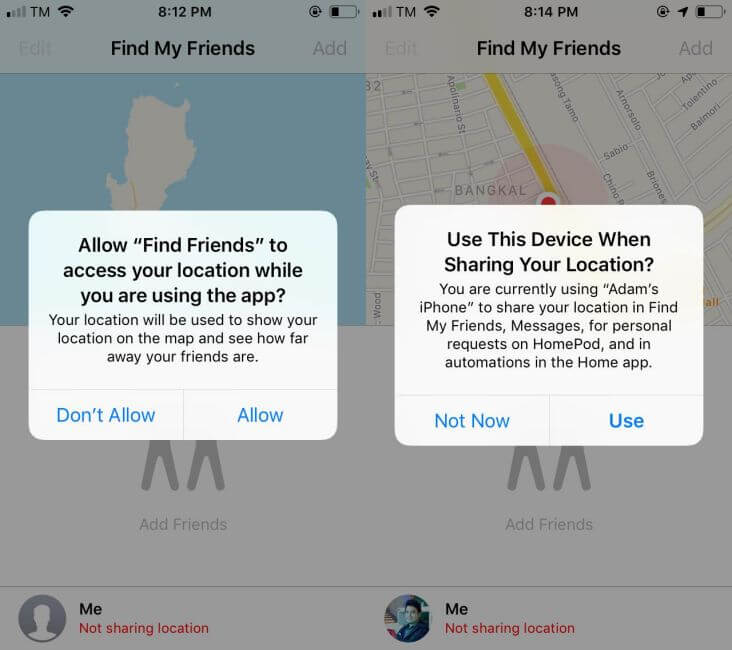 At fresh install, the “Share My Location” feature of the Find My Friends app should be set to “off” by default. This significantly prevents the device from getting spied at without the user’s awareness and consent. Intuitively, for the app’s amazing tracking mechanism to kick in, you would need to enable this feature.

If you are using the same iCloud account in the device you’re using with the app, be prudent enough to enable the sharing of location from that same device. 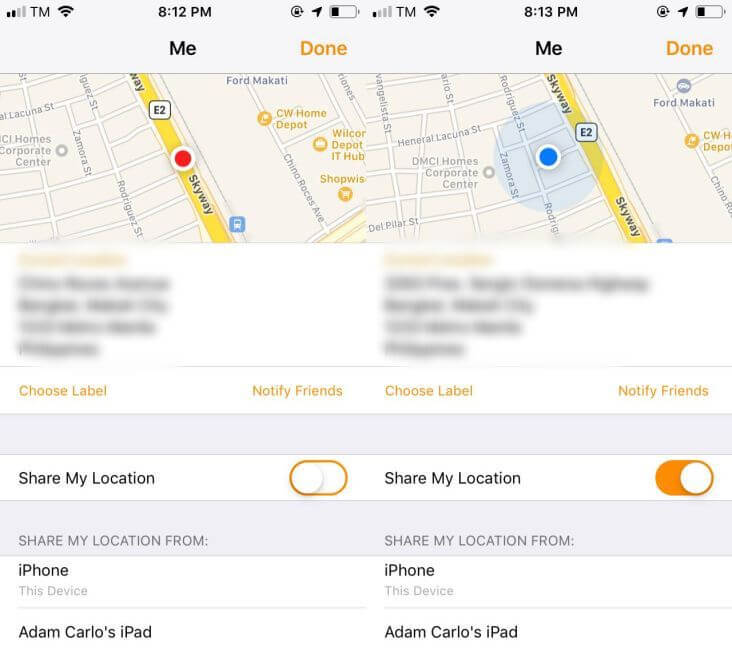 Enable sharing of location to your iPhone

In order to share location between two devices, it is important that both devices have their users’ contacts registered with one another which is done by adding the respective contact via the Find My Friends app. If you are keen in the idea of building the connection permanently, choose to “Share Indefinitely.” 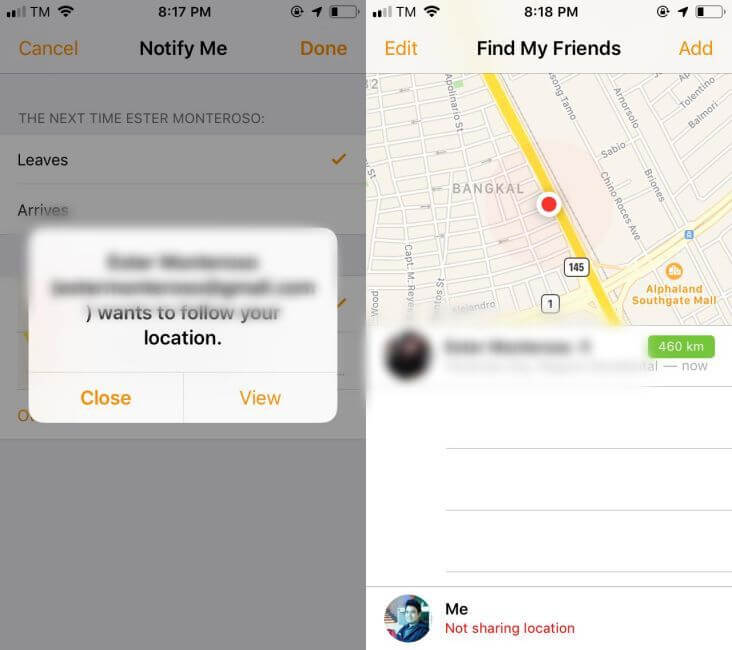 Accept their location, but do not reciprocate

It may appear like a one-sided connection type of thing, but that is what this method is all about—a kind of spying where you are opaque and not as transparent as the other side.

See also: How to easily delete duplicate photos in iPhone and iPad 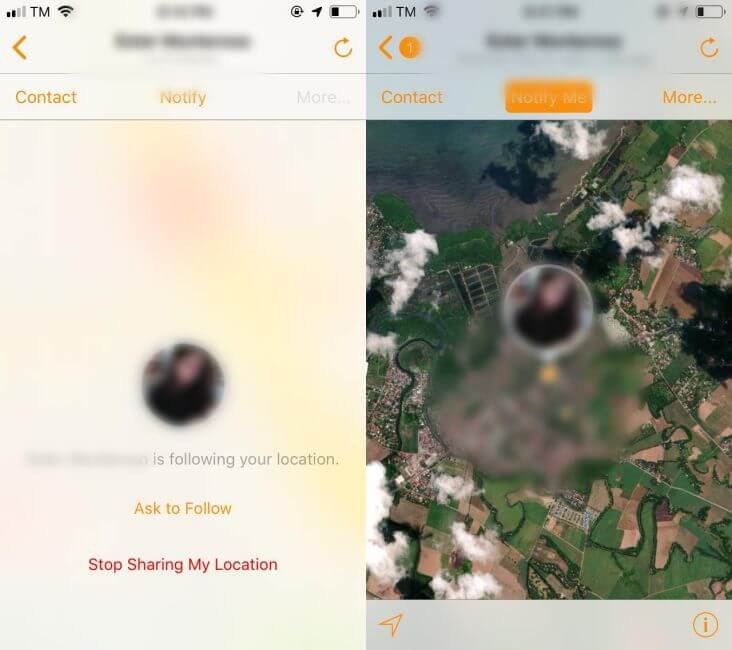 Once everything is all set, keeping tab of another user should be as simple as running the Find My Friends app and tapping on the contact icon of the person of interest. As the person who is on the side of “spying,” you will be notified by the app of any pertinent changes with your target’s location.

Hide the app’s icon and hope you not get caught

Unless the other phone user is not too privy with the apps installed in his or her device, having a fresh icon appear on the home screen can easily raise suspicion that something funny is going on with the target user’s device. Lower your chances of raising a hunch by choosing to hide the app’s icon from the home menu by burying it deep in a folder.

That’s it! If you have any questions, let us know and we’ll gladly help you out.