Apple has started seeding the new iOS 12.4 update on iPhones globally, especially here in the Philippines.

With the iOS 12.4 update, Apple is introducing the new iPhone migration feature. This will allow users to transfer data wirelessly and migrate files directly from an old iPhone to a new one. This will allow owners of a brand new iPhone to hit the ground running as all their files, apps, and settings preferences will be immediately available for them after the initial setup. 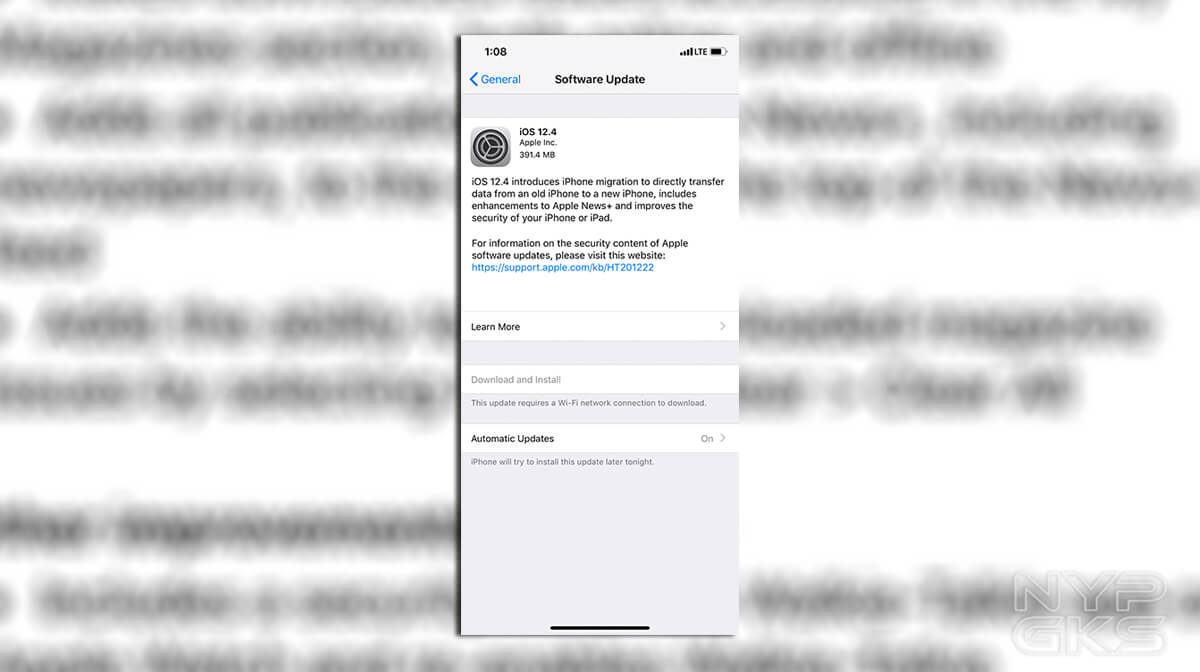 Apple is also bringing new features to its News app. In iOS 12.4,  users can now access their downloaded content on the My Magazine section, no matter if they’re online or not.

The company’s software team also added all news publications from the Apple News+, even the newspaper makers, to one catalog on top of the News+ feed. Users can now also easily clear downloaded magazines using a single Clear All button. 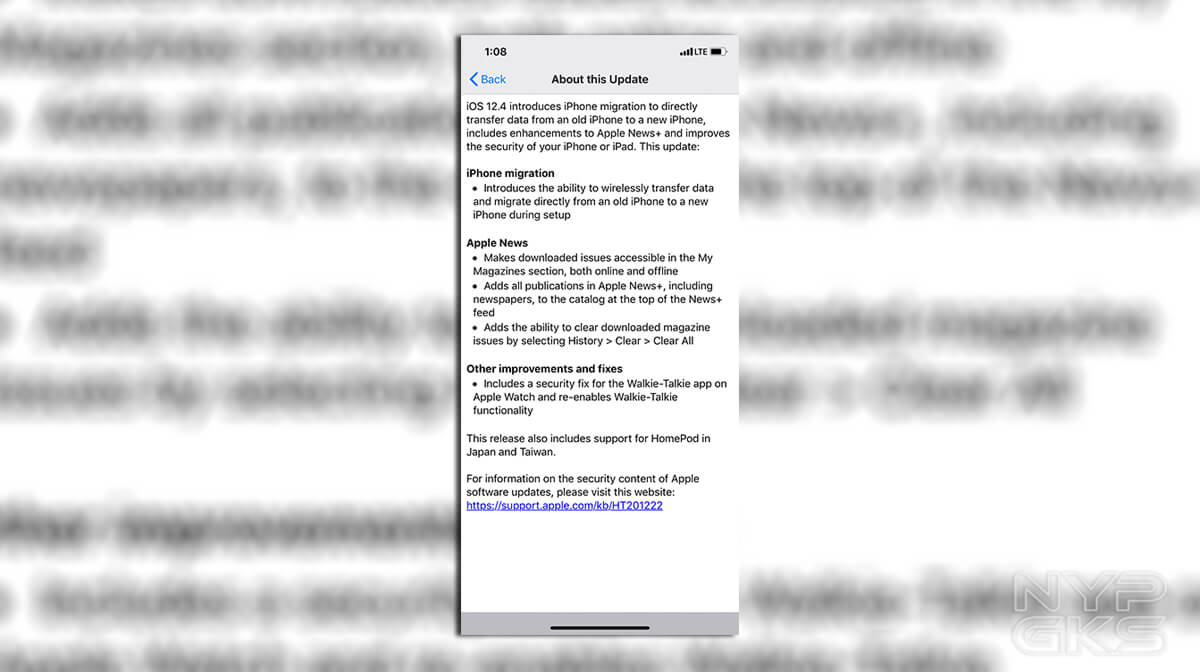 Just like most software updates, the iOS 12.4 will bring security patches to their mobile devices. More notably, the Walkie-Talkie feature on the Apple Watches is making a comeback after Apple disabled it due to privacy issues a few weeks back.

If your iPhone hasn’t prompted you yet, you can head on to the Software Update section in the settings menu and start downloading the new iOS 12.4.