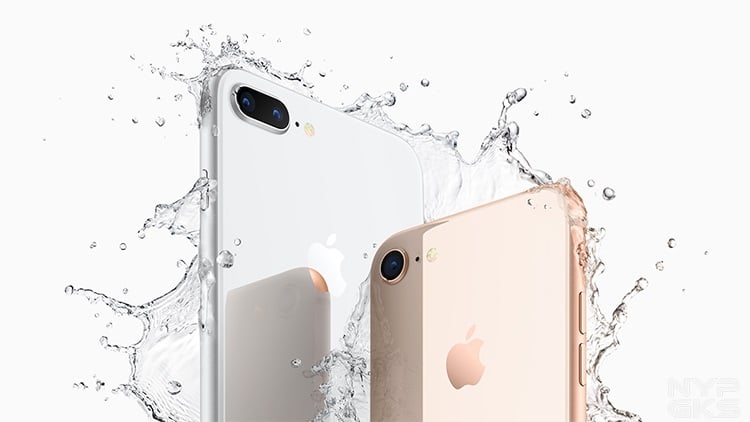 Finally, after months of high anticipation and non-stop rumors, Apple has officially unveiled the new iPhone 8 and 8 Plus. In an event held at their new Steve Jobs Theatre inside the new Apple Park campus, Apple confirmed and debunked everything we already knew about the new power duo.

Clearly, the star of the show was the iPhone X, the third-party that’s poised to commemorate the iPhone’s 10th anniversary. However, we still have a lot to talk about the iPhone 8 and 8 Plus. Or as what I would like to call it, the refresh iPhone 7s.

Now with glass back for wireless charging

The new iPhone 8 smartphones look very identical to its predecessors but only with a giant, subtle change — the glass back plate. This helped the iPhone 8 to have a slightly refreshing look. And in my opinion, the use of glass provides an added an even more premium appeal. The side band is still made from aluminum to ensure the device’s structural credibility.

UPDATE: Check out the latest iPhone 8 and 8 Plus price in the Philippines here. But the thing is, probably the main reason why Apple has shifted from using metal back plate is to finally have a wireless charging feature. Welcome to 2015, Apple. It looks like the Cupertino giant really took their sweet time to ensure that they will bring the best possible “wireless charging” experience.

Apple utilizes the standard Qi wireless charging technology and they also plan to improve the entirety of the said tech in the future. The company even introduced a wireless charger called AirPower mat. This device lets you charge multiple Apple devices (iPhone, Apple Watch, AirPods) on a one, single charger.

The iPhone 8 and 8 Plus’ rear cameras are still at 12-megapixel. However, Apple did say that it has a larger, faster, and overall better sensor.

But the spotlight is pointed at the software level. For one, you can now shoot 4K videos at a smooth 60fps frame rate. You can also go super slow-mo at 240fps in 1080p resolution.

Moreover, Apple is further utilizing the iPhone 8 Plus’ dual cameras by introducing Portrait Lighting. Just like the Portrait Mode, the depth information gathered by the two sensors let’s the software apply new and artistic synthetic effects. Other than having the Bokeh effect, you can now also have different lighting effects. And if you’re into photography, it’s easy to understand how important lighting is on taking portraits.

Lastly, the new iPhone 8 cameras are also tailored to work well with Augmented Reality. As per previous reports, Apple has shown great interest in AR, so they are greatly investing in them. And judging by the demos we’ve seen, these new cameras, together with the ARKit, can produce impressive materials both in entertainment and gaming industry.

See also: What to expect in Apple’s new iOS 11?

A new and powerful processor

The new iPhone 8 devices might look identical to its older brother, but it surely has a lot more power deep down inside. In the event, Apple introduced their new A11 Bionic chip.

This is a six-core CPU, with all the improvements you’d expect from a new Apple chip. It is 70% faster and more efficient than the A10 Fusion, providing great overall performance and power efficiency. The A11 Bionic chip is also equipped with a three-core GPU that delivers 30% faster performance than its predecessor. This enables it to handle the demanding AR content that I was talking about earlier.

iPhone 8 and iPhone 8 Plus Specs The new iPhone 8 and 8 Plus will be available on pre-order starting September 15 in select countries. Shipping will begin a week after. Pricing and availability on the Philippines are still unknown as of the moment. But if we take into consideration how the iPhone 7 was priced, we expect it to be on the same ball park of Php38,000.

iPhone 8 and 8 Plus price in the Philippines