It’s been ten years since the first iPhone. And in Apple’s mind, what better way to celebrate this milestone than creating a special edition device? Meet the iPhone X — and nope, it’s pronounced as “10”, as in the Roman numeral translation of X.

This 10th-year celebration memorabilia was actually the mystery device behind the numerous iPhone 8 leaks. Months before the official unveiling, we already knew quite a lot about the new iPhone. Some of them are true, some got debunked, while some are new.

All-screen display and an OLED panel

This is probably the headlining feature that got leaked. All of the renders and even physical dummies that were leaked from different sources before all lead to this particular feature. The all-screen display. 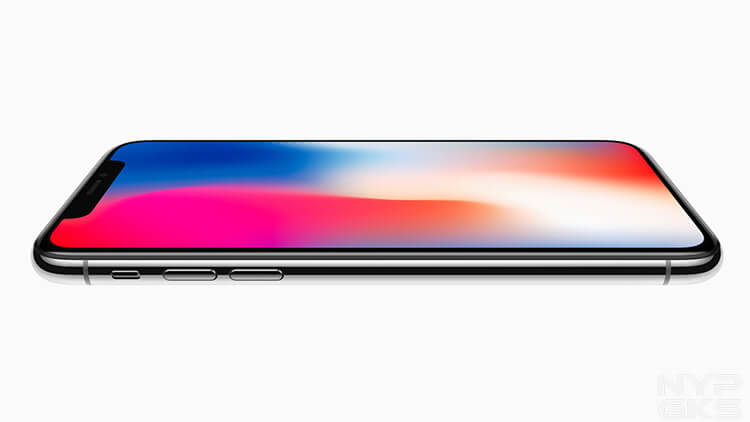 The iPhone X has a front that is filled with its 5.8-inch OLED screen — joining other flagships from the likes of Samsung and LG on the “full screen” era. And yes, you read it right — Apple is finally utilizing OLED screens. We also expect Apple to continue the use of OLED on future iPhones as Samsung has been reported investing billions to manufacturer OLED screens for Apple.

Apple is also introducing the new Super AMOL…. I mean, Super Retina Display on the iPhone X. This thing has a 2436 x 1125 resolution and has HDR capability. Clearly, this is the best display that iPhone has ever made — but is definitely not the best screen on any smartphone today.

New gesture controls, Face ID, Animoji — all thanks to the omitted home button

And since the entire front is now dominated the display, Apple had to remove the home button. We initially expected them to move it elsewhere, maybe at the back, but they didn’t. We also thought that they finally discovered how to implement an on-screen fingerprint scanner, but it seems that they’re not ready for that yet. So, Apple resorted to other ways to fill the shoes of the removed Home Button.

First, we have new gesture controls. A single swipe from the button takes you back to the home screen. Swipe up and pause activates multitasking. Press and hold the side button to summon Siri or double press it to launch Apple Pay.

And in lieu of the Touch ID embedded on the home button, Apple has introduced Face ID — a technology that’s made possible with the TrueDepth camera system — an army of hardware all crammed on the tiny island on top of the screen. It houses an infrared camera, dot projector and more to accurately scan your face on every angle and even on the dark.

But the use of the TrueDepth camera system doesn’t stop on Face ID. Since it can analyze the features of your face, it unlocks other new nifty features. For one, it enables a new feature called Animoji, a new software trick that lets you animate an emoji by recording your own facial expressions.

The TrueDepth camera system takes your selfies to the extreme

Since the new camera technology can analyze your facial features, it also unlocks new features to take your selfies to the next level.

Thanks to this elaborate technology, Portrait Mode is now available on the front camera. You can now enjoy bokeh-licious selfies without turning the phone around. This new tech also unlocks Portrait Lighting, a new feature on the camera app that lets you adjust the lighting with multiple presets.

Dual cameras, both with OIS

The cameras at the back might look different due to their vertical orientation, but they are pretty much the same with the new iPhone 8 devices.

They have the same 12-megapixel wide-angle and telephoto dual cameras. But as per Apple, they have a larger and faster sensor. The two also have optical image stabilization, just like the Galaxy Note 8. And since it’s a dual camera setup, we can expect both the Portrait Mode and Portrait Lighting to work with it. 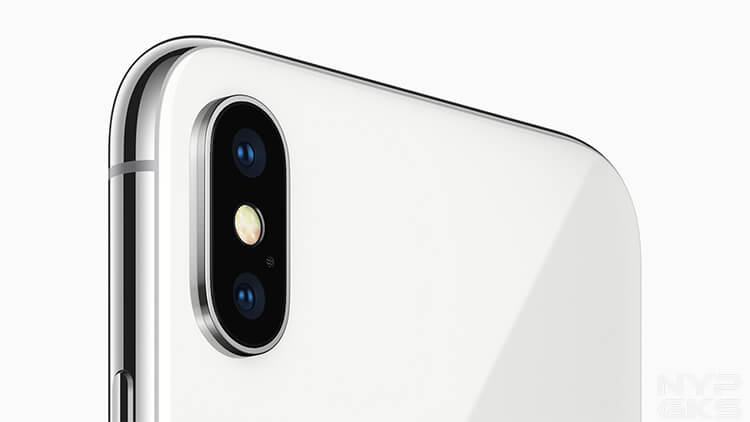 Other than the cameras, the flash was also greatly improved. What we have here is a Quad-LED True Tone flash with Slow Sync that aims to make low-light photos better despite the lack of good lighting.

The new iPhones will be powered by Apple’s new A11 Bionic chipset which has four cores that are 70% better than the A10 Fusion chip, and another two that is 25% faster. That’s a total of 6, which means it’s a hexacore processor.

There’s also a neural engine inside the new A22 Bionic chip. This is the one governing the TrueDepth camera to enable features like the Face ID, Animoji, and more.

The new chip will also house a three-core GPU that’s 30% better than the A10 Fusion. All these improvements translate to overall better and faster performance, unlocking new features, lasts the device’s charge 2 hours more, and it will handle Apple’s AR shenanigans without breaking a sweat.

It might have taken them quite a while, but at least they are finally in the game. The new iPhones will now officially support wireless charging. 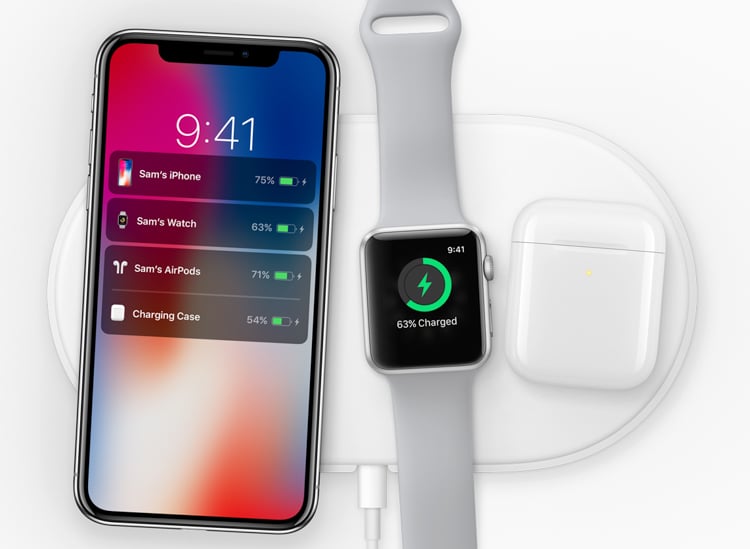 However, Apple isn’t stopping there. In the event, the company teased the AirPower, a charging mat that’s due next year. This thing lets you wirelessly charge all your Apple devices at once. They are also intelligently interconnected to make the experience more seamless. 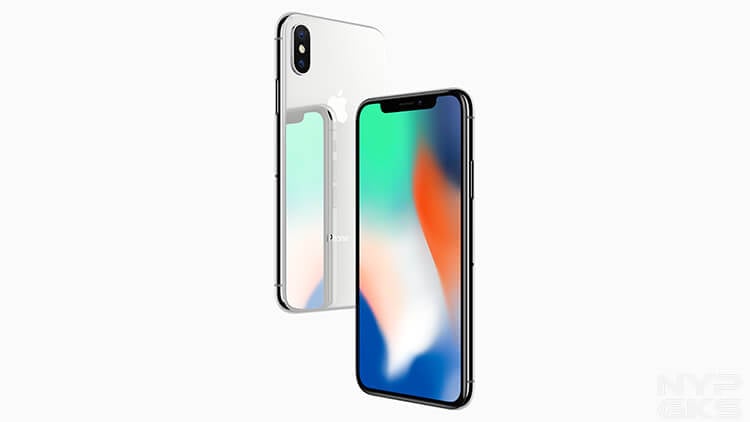 Apple will start accepting pre-orders for the iPhone X starting October 27 and it will be shipping beginning November 3. For a quick comparison, the iPhone 8 and 8 Plus’ preorder date is on September 15 and it will ship a week after.

iPhone X price in the Philippines