Wouldn’t it be nice if the iPhone 5c came with a bigger screen, better hardware, and ran Android? Not everyone thinks this, but maybe this was someone’s train of thought over at Meizu when they decided to make the M1 Note.

While it wouldn’t be fair to the Meizu M1 Note to say that it’s an imitation of the iPhone 5c, which comes in the exact same hues, it wouldn’t be too far from the truth. 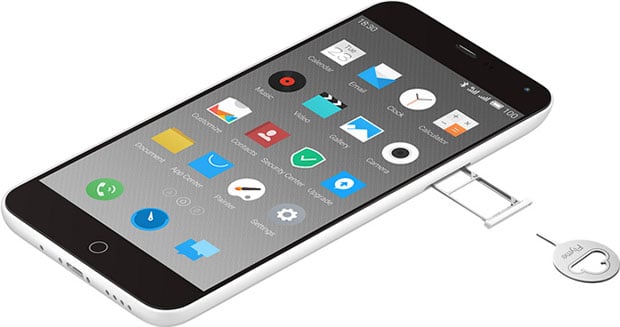 Still, to be fair to the Meizu M1 Note, it does sport some significantly better internals than the iPhone 5c that it blatantly imitates. It features a 5.5 inch Full HD IGZO screen, 1.7GHz MT6752 octa-core processor by MediaTek, 2GB RAM, a choice between 16/32GB storage variants, and LTE connectivity! And since most Android smartphones only come in a choice of black or white, perhaps the fact that the Meizu M1 Note comes in iPhone 5c flavors of green, pink, white, yellow and blue should be taken as a good thing!

Unfortunately, it’s unclear if we’ll ever see the M1 Note within our shores. After all, they don’t exactly have a local presence here except for importers like Novo7 Tech and Kimstore. Still, the Meizu MX1 is already available locally through such sellers and Novo7 Tech does have plans of releasing the MX1 Pro here as well. Hopefully, the pricing won’t be too far off from the M1 Note’s quoted price in China where the 16GB variant will go for the equivalent of$160 (about Php7k) and the 32GB variant for $190 (Php8.3k).