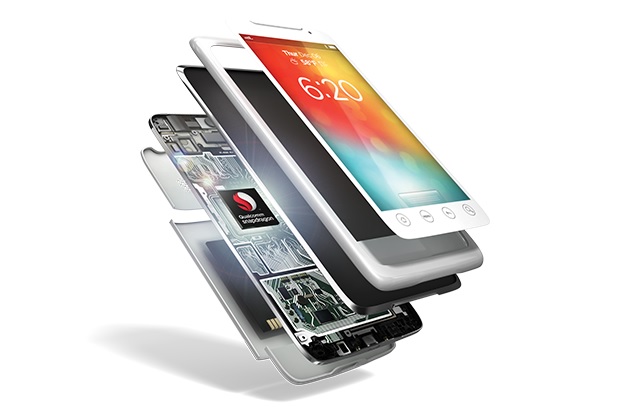 Qualcomm has outed two more chips for mobile devices—the Snapdragon 808 and 810. They’re claimed to be the company’s “highest performing platform to date,” boasting 64-bit CPU microarchitecture and Cat 6 LTE connectivity (up to 300Mbps).

While the Snapdragon 808 shares similarities with the 810, it’s only designed for devices of up to WQXGA (2560×1600) resolution. It employs two ARM Cortex-A57 cores in tandem with Cortex-A53 cores, with only an Adreno 418 GPU and LPDDR3 memory.

The first prototypes to use the Snapdragon 808 and 810 are expected to appear in the second half of this year, with commercial versions to arrive in first half of 2015.