Realme is set to officially launch the new X50 Pro 5G tomorrow. But before they reveal everything about it, we got a sneak peek of its performance in AnTuTu benchmark.

Almost a month ago, a similar test showed that the upcoming smartphone topped the popular benchmarking app’s list with its score of 574,985. Afterwards, Xu Qi, Realme’s President of Global Marketing, said that the Realme X50 Pro 5G will break the pre-production unit’s score once it becomes official. As it turns out, that seems to be the case. 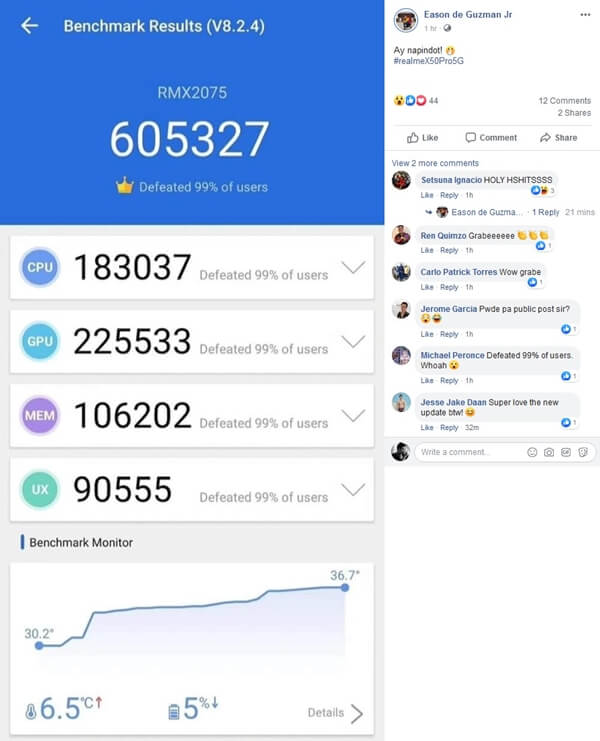 Eason De Guzman, Realme’s Marketing Lead in the Philippines, shared on Facebook a screenshot of the supposed score of the Realme X50 Pro 5G powered by Qualcomm’s Snapdragon 865 chipset. It also has the hashtag #realmeX50Pro5G, which confirms that it is indeed from the upcoming handset.

With a total score of 605,327, the Realme X50 Pro 5G is on its way to officially become the fastest smartphone in the planet tomorrow at 5PM Philippine Standard Time.