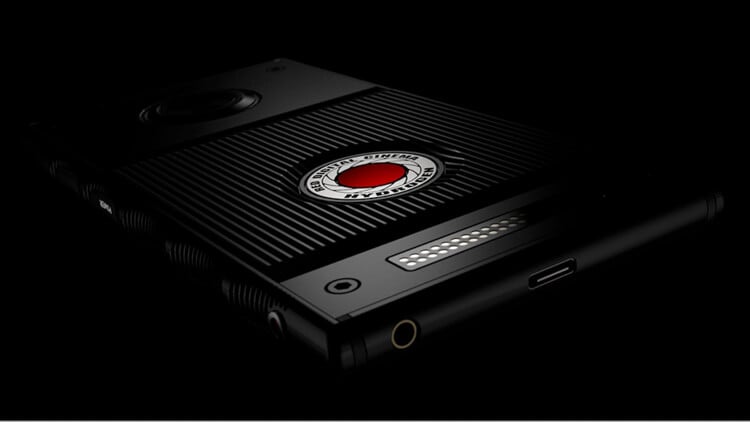 If you’re a prominent brand known for a particular product and plans to venture into new things, you want to make sure you do it right. You have to make a statement to make sure you don’t stain the name you’ve already built. And that’s what RED is trying to accomplish with this one. The company known for digital cinema camera products is entering the smartphone market with a bang courtesy of the new RED Hydrogen One.

If you’re a camera enthusiast, you’ve probably heard of this company. RED is known for their professional and crazy-expensive cameras that are commonly used in top video/movie production. However, you’ll be surprised to know that they are now trying to enter the saturated smartphone industry with the RED Hydrogen One.

Like I said, the key to success is to make a statement. Hence, RED came up with a “holographic display” for their first smartphone. But the thing is, this isn’t really the first time we’re seeing this.

We’ve already seen other devices, and even TVs tried to mimic the 3D effect you’ll get from the movie house, without the accompanying glass. Both of which slowly died.

But with the RED Hydrogen One, the company claims that they’ve developed a display technology that delivers better holographic display. Jim Jannard, RED’s founder, said that “there is no good way to describe it until you see it”.

The 5.7-inch display switches to 3D when you put compatible content and jumps back to 2D mode when you’re doing regular stuff.

They also affirmed that their algorithms can convert regular stereo sound into multi-dimensional audio. This will then complement the immersive 3D experience. The audio technology will “assault your senses” as how the company puts it.

Moreover, the RED Hydrogen One will also have modular attachments. This follow’s the Moto Z2 Play‘s Moto Mods. Only this time, the accessories will focus on photo and video capture.

The device also has a pretty interesting aesthetics. It looks like RED sticked to their design language, as the Hydrogen One resembles the looks of their camera. This handset has the same vertical lines at the back, which acts as vents on the cameras.

It also has that iconic RED logo that’s visibly striking. The only official photo released also showed that it will have a headphone jack, USB Type-C port, microSD card slot, and a huge dent for the camera.

If you’re interested, you may take their word for it. But with its steep price tag, you might just want to wait and see until an actual unit comes out. RED hasn’t even announced the complete spec sheet yet.

Just like their cameras, the new RED Hydrogen One is insanely priced. The aluminum variant is at $1,195, while the Titanium one is at $1,595. It is now available for pre-order and is expected to ship at the first quarter of 2018.