Samsung has published an infographic of the Galaxy S smartphone series through the years, also quietly revealing the octa-core variant of the Samsung Galaxy S5 in the process. 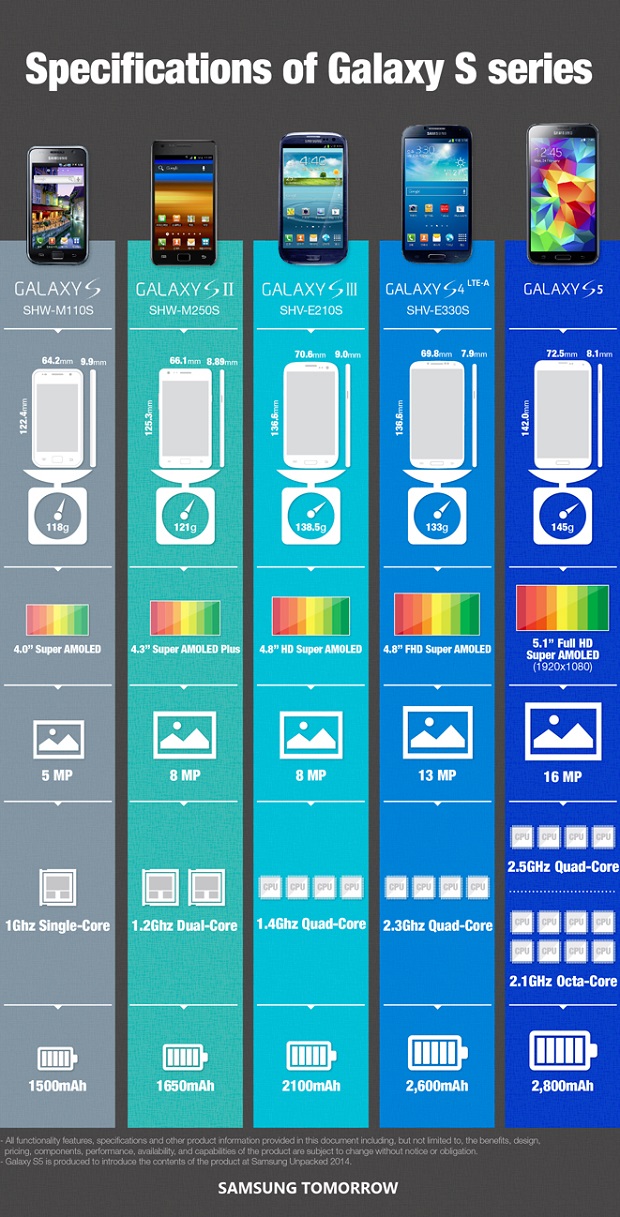 The previous reports about an octa-core S5 have turn out to be true: one version, which debuted in the Samsung Unpacked Event, will run on the quad-core Snapdragon 801 processor, while another will tout a CPU with eight cores—specifically the new home-grown Exynos 5422.

The new Qualcomm Snapdragon 801 is a slightly faster follow-up to the Snapdragon 800. Many of the specs are the same (Krait 400 CPU, Adreno 330 GPU, connectivity options), but the clock speeds have been boosted. There are also 4G LTE and Wi-Fi 802.11ac integrated in the chip, to boot.

On the other hand, the Samsung Exynos 5422 is an octa-core processor that utilizes the big.LITTLE technology to create four large cores in tandem with four small cores. All eight cores can simultaneously provide the much-needed processing power if the applications demand heavy computing.

Both are not 64-bit processors, which is not really a deal breaker what with the Android platform still not supporting the technology. It also remains to be seen if the use of one chip means more features on one Galaxy S5 than the other.

Samsung has yet to release specific details on availability, but some markets will be entitled to one of the two Galaxy S5 versions. If history is any indication, the Qualcomm model will probably become exclusive for the US market, whereas its Exynos counterpart will reach to the rest of the world.