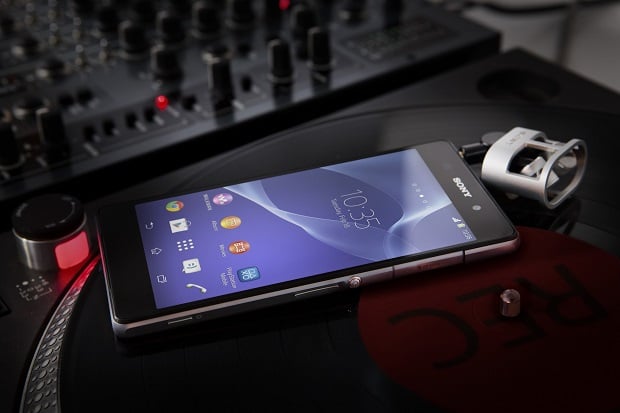 Sony has unveiled its latest addition to its Xperia lineup, no other than the new flagship Sony Xperia Z2 smartphone. With 4K video capture, Triluminos display, and aluminum-edged design, it’s the best smartphone from Sony to date.

From a design perspective, the Sony Xperia Z2 is hardly a departure from other Xperia Z devices. It uses the same aluminum frame, smooth edges, and glass panels we’ve come to expect from Sony. Indeed, its physical resemblance to its predecessors is uncanny. The difference and new features lie elsewhere.

For one, the Sony Xperia Z2’s 20.7-megapixel camera is capable of ultra-HD video recording, a feat the phone is capable of doing underwater since it (once again, like its older brothers) is IP58 waterproof. Add the high quality stereo audio recording with digital noise cancelling, SteadyShot image stabilization, and an advanced video-editing app to the mix, and what we have here is no doubt a powerful camcorder. For another, the screen has been upsized, albeit marginally to 5.2 inches, while still packing the same 1080p Full HD resolution. This results to a lower pixel density, one downside that won’t really be noticeable unless you squint your eyes for a closer look at the pixels.

As for the usual smartphone specs, the Sony Xperia Z2 doesn’t fall short. The new Qualcomm Snapdragon 801 chip make its debut on this phone, offering a quad-core processing clocked at 2.3GHz along with 3GB of RAM and Adreno 330 GPU. There’s 16GB internal storage, although the firmware takes up 4GB of the space and leaves only 12GB for user files.

Android 4.4.2 KitKat will come preloaded in the Sony Xperia Z2, something to be expected for all 2014 international flagship devices. To add uniqueness in its offering, Sony has added its own set of software and UI modifications. Users will be able to access the PlayStation Mobile games store and stream media in Music and Video Unlimited.

Global launch for the Sony Xperia Z2 is slated for March 2014. Pricing has not been revealed.