If you’re one of the victims of suddenly sending a personal message (PM) to someone in your Messenger chatbox without meaning to, or for whatever reason you have ‘shamed’ yourself in sending a message without double-checking it—then fear no more, Facebook has announced that their new feature will allow you to delete sent messages.

It was originally a feature only Facebook’s Chief Executive Officer (CEO), Mark Zuckerberg, could use (and perhaps other executives as well). After the public found out about this component, they called out Facebook for apparently giving a sort of ‘special treatment’ to the superiors—namely those working behind the social media.

On the same day, they got upbraided by the people, Facebook declared that it will build an unsend feature for the benefit of all (within months) and will cap Zuckerberg’s use of the feature until everyone else can use it too. 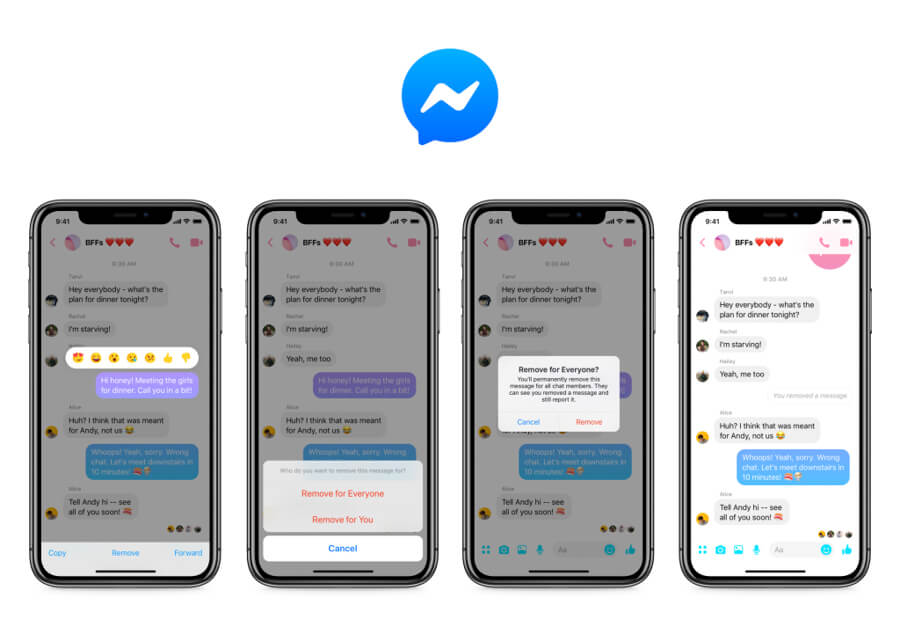 The new feature is now available for both iOS and Android. The company explains that while it does resemble the ‘power’ Facebook’s CEO has, it underwent “some improvements to provide broader functionality to people using Messenger.”

So, how do you exactly remove messages? It’s as simple as opening the conversation where you want a message deleted. Select the Remove for Everyone option, and voila, the removed message will be sending an alert to the users involved in the conversation that the messaged had been removed.

You will only have 10 minutes to decide whether you want the message removed after it has been sent. If this makes you feel a bit safer than not having this feature at all, remember that when a person is online and you mistakenly sent him/her a message—chances are he/she might still see the conversation before you get the chance to delete it. Careful, users!