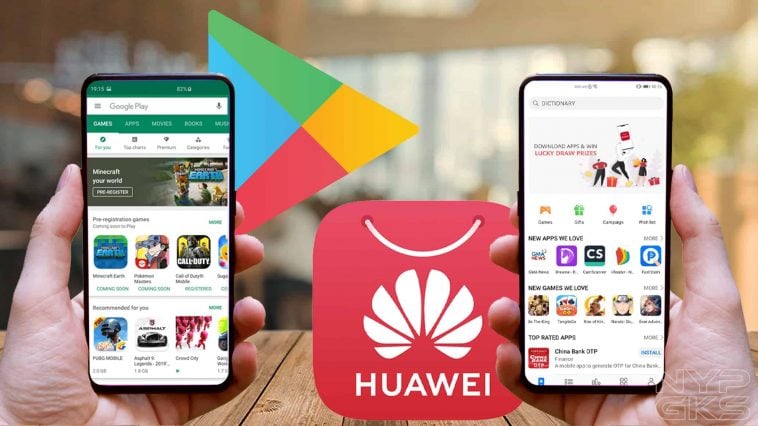 Recent models of Huawei smartphones and tablets have one thing in common: there are no Google mobile services.

That means Gmail, YouTube, Chrome and many more apps are missing in devices such as the Nova 7 Pro 5G, MatePad 10.4 and P40 Pro Plus. And instead of the Play Store, Huawei offers the AppGallery for users to get their favorite mobile apps from. Is it a worthy alternative? Let’s find out.

What apps are available in Huawei AppGallery?

There’s no denying it: several apps that are ubiquitous in the Play Store (and even Samsung’s Galaxy Store) are not found in AppGallery. But Huawei is working hard to address the lack of apps by signing up more app developers. Over time, more apps from well-known developers will arrive on the store.

In the meantime, some of the more popular apps that you can find in AppGallery include TikTok, Snapchat, Lazada, Shopee and Grab. For your social needs, you can find WeChat, Viber and Tinder. For productivity, the Microsoft Office Suite should come in handy. A lot of games are missing, but at least there’s still Rise of Kingdoms and Fortnite (via the Epic Games app). Here are some of the new apps from AppGallery:

Related: How to get the EMUI 10.1 beta update for your Huawei smartphone

How do I look for my favorite app in AppGallery?

Naturally, AppGallery has a search bar so you can simply find the app you want in the results. However, the listed apps in the search results may be questionable. AppGallery used to be infested with numerous spammy and fake apps, but Huawei has spruced up the place. Unfortunately, a lot of fakes remain, so you need to be careful. As you visit the page of each app, verify if the listed app developer is the legit creator of the app.

Besides search, you can browse apps by category. Like in the Play Store, apps are sorted into games, books, shopping, communication and more. Lists by ranking and popularity are also available, so you can see top downloaded apps and games.

Can’t find your favorite app? Most likely it’s not yet available in AppGallery. For what it’s worth, AppGallery has a wishlist where you can list your missing apps, and you will then be notified when a matching app appears in the app store.

What is a good substitute for Google’s Mobile Services?

Huawei has its own spin on pre-loaded mobile services for its devices.

Need to search some info? Right out of the box, there’s Huawei Search to accept your queries in the absence of Google Search.

Need cloud storage? Huawei Mobile Cloud can do in the place of Google Drive.

Instead of the Chrome browser, there’s the Huawei Browser.

Why aren’t Google apps available in new Huawei devices in the first place?

It all boils down to one thing: politics. We, mobile users, are just victims caught in the crossfire. In an interview, Huawei Chairman Eric Xu said that he hopes Google will consider submitting its apps in the AppGallery.

Can you get apps outside the AppGallery?

Some other apps that you can’t find in the AppGallery may be available elsewhere. Facebook, for instance, has a downloadable APK installer so you can keep up with friends in the social network.

APKs are also available in third-party websites, with APK Pure and APK Mirror being the most trusted and better known download hosts. Huawei is also reported to be developing AppSearch that lets users find the APK download pages of popular apps, so you won’t have to explore and end up in a suspicious looking download website.

Another method is to use Huawei’s Phone Clone app. It’s primarily used to transfer files and data from an old device to your new Huawei device, but it can also copy apps between devices. Whether or not the copied app retains full functionality in the new device remains to be seen (but they usually don’t).

In addition, Google warned users not to side-load its apps in unsupported Huawei devices, but that won’t stop consumers in doing so.

As a viable alternative, consider using the web equivalent of your mobile apps. It’s less convenient but at least you still have access to your favorite services, including Google’s, through your mobile browser.

Are Huawei devices still worth buying without Google apps?

If your daily routine heavily depends on Google and its services, then you might want to skip buying a Huawei smartphone or tablet. You’ll have to wait for the trade ban blocking Huawei’s access to Google’s services to be lifted, so that apps made by the search giant can return in Huawei devices.

If you’re not reliant on Google apps at all, on the other hand, then Huawei devices should be in your short-list. The P40 series alone demonstrates the Chinese company’s expertise on hardware, delivering top-notch performance, 5G support, and high-quality cameras.

Still undecided on whether AppGallery can cover your needs? You can check it out yourself on your current Android device. Just download and install AppGallery, agree to the terms and conditions, and start browsing its app offerings.

As it currently is, Huawei AppGallery still has a lot of catching up to do to be on par with Google Play Store. Its search, app rating system and user interface are among the features that need improvement. What AppGallery offers now may already suffice with the average Android user, but power users and those heavily dependent on Google services must steer clear.