Much like what every Chinese smartphone brands are doing right now, Honor took to Weibo and shared a teaser of their upcoming smartphone — the Honor 8A.

The image posted have tiny details that hints some of the key feature that the Honor 8A will have. One of the most obvious ones is the 64GB storage that’s projected conspicuously on a building-like model. 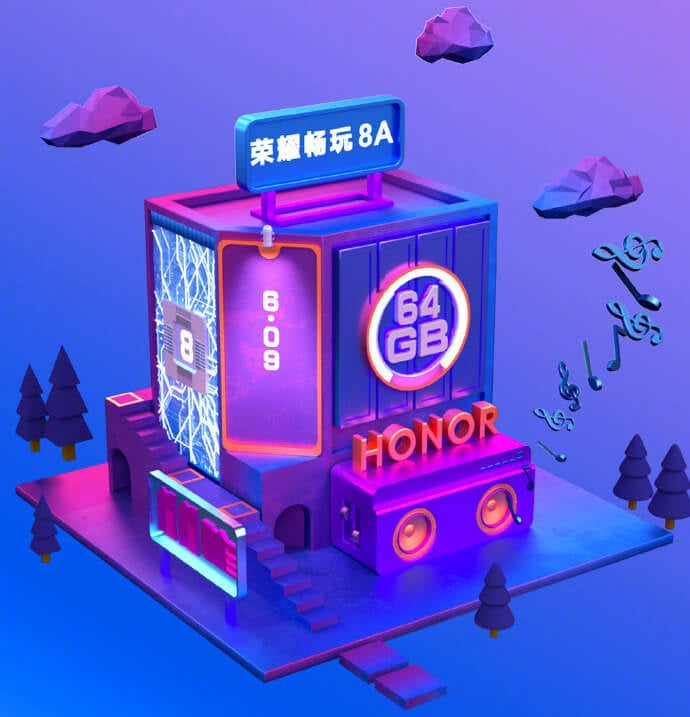 Right below are two speakers, which gives us hope that the 8A might have a stereo speaker setup. Something that the Honor 8X lacks.

On the far left, you can spot an octa-core processor projected on a billboard screen — which is pretty self-explanatory. There’s also an image in the middle that suggests a waterdrop-like notch, something that we saw Honor implemented on the Honor 10 Lite.

All this information did nothing but confirm some of the things that we already know about the device, thanks to a leaked TENNA listing. Actually, there are still a few things that we’re already familiar with this device.

First, the Honor 8A is expected to sport a large 6.1-inch HD+ IPS screen, a 3GB of RAM, and will also be available in a 32GB model.

There’s an 8-megapixel selfie camera on the front and a 13-megapixel shooter on the back. It will then inevitably ship with the latest Android 9.0 Pie software with Honor’s EMUI interface.

Honor will reveal the 8A on January 8, which is only a few days from now so stay tuned for that.