Huawei finally has their first real Windows 10 notebook, the Huawei MateBook X. Other than its familiar looks, it looks like the Chinese manufacturer also got the inspiration of the product name from the MacBook.

From its sleek metal design with monotone colors up to the glossy logo at the back and the chin of the display – it screams pure MacBook likeliness. If you’re into Apple’s hardware design but doesn’t wanna go anywhere near the macOS, then you might actually consider the Huawei MateBook X. And speaking of the operating system, the MateBook X is obviously running on Windows 10. There’s also Windows Hello support thanks to its power button that doubles as a fingerprint scanner.

On the media side, the Huawei MateBook X brags a Dolby Atmos sound system and a crisp 2160 x 1440 resolution display. It looks like the laptop will not fall short in providing immersive entertainment experience.

The MateBook X has an Intel 7th-Gen Core i5/i7 processors. There’s an 8GB RAM to handle tasks and 256GB/512GB solid state drives for zippy storage. This laptop clearly isn’t destined for gamers, but you can opt for a NVIDIA GeForce 940MX for non-intensive gaming. 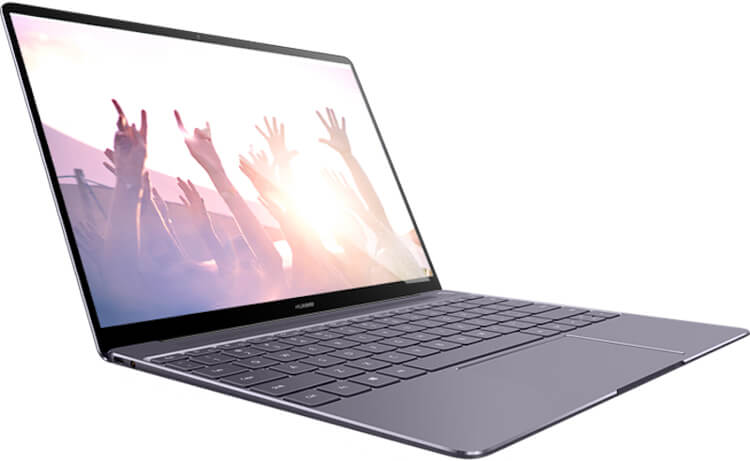 However, other than the design and branding, there’s also another aspect that Huawei copied from the MacBook. The MateBook X only has two USB Type-C ports. But thankfully, the company included a multiport adapter on the package. The accessory has an HDMI port, VGA, USB Type-C, and the standard USB Type-A.

Unlike the other new released devices like the Huawei Honor 6A and Play Tab 2, there’s no official word yet on the MateBook X. For now, the only thing we know is that it is expected to be available in the US in June.