A quick hands-on video shows the alleged budget iPhone 9 / SE 2 in the flesh.

The 15-second video was posted by a TikTok user. Judging by the language on the screen, the leakster might be from China or Taiwan — possibly from any of Apple’s suppliers that will be producing the said iPhone 9. It basically gives us a quick tour of the device’s overall design.

What we saw is a slightly different design that we saw on the renders. The design looks like a hybrid between the iPhone 4/5s and iPhone 8.

It appears that ultra-thick bezels and the TouchID are making a comeback on the iPhone 9. We’re not really a big fan of black bars on top and bottom, but we surely appreciate fingerprint scanners more than FaceID. 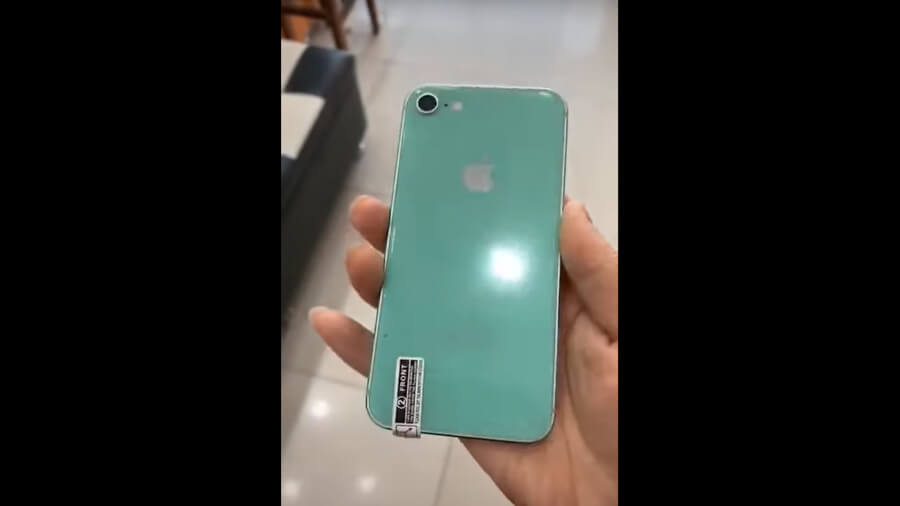 The glass back panel has this distinct Mint Green color option — identical to the iPhone 11. With a single camera on the top left just like the iPhone 8.

What’s interesting is the side chassis. Previous renders suggest that it will inherit the rounded stainless steel design that was introduced in the iPhone X.

However, the video clearly shows an iPhone 4/5s-like the metallic side panel. We still have the volume controls and mute switch on the left, lock/power button and SIM tray on the right, the top is clean, while on the bottom we have the loudspeakers, and (still) a Lightning port. Unlike the iPhone 5s, it still doesn’t have a headphone jack.

The internals is expected to be more powerful than what the device looks. Apple might use the A13 Bionic chip that the iPhone 11 series have. But since it’s expected to retail for USD399 (~Php20,000), Apple might resort to the slightly older A12 chip from the XR and Xs series.

We’ve rounded up everything we know so far about the iPhone 9 if you want to learn more about Apple’s upcoming budget smartphone.