We’re finally seeing a successor to the “budget” iPhone SE from three years ago. It is going to be the iPhone 9, and it’s expected to arrive very soon.

The original iPhone SE was launched way back in 2016. It was built to offer a budget alternative to iPhone fans, thanks to its updated hardware crammed inside a smaller body.

Is it going to be the case with the iPhone 9? We’ve gathered all the rumors and leaks surrounding about this device to detail what we already know about this new handset.

Just like its predecessor, it looks like the iPhone 9, a.k.a iPhone SE 2, will use a legacy design from Apple. 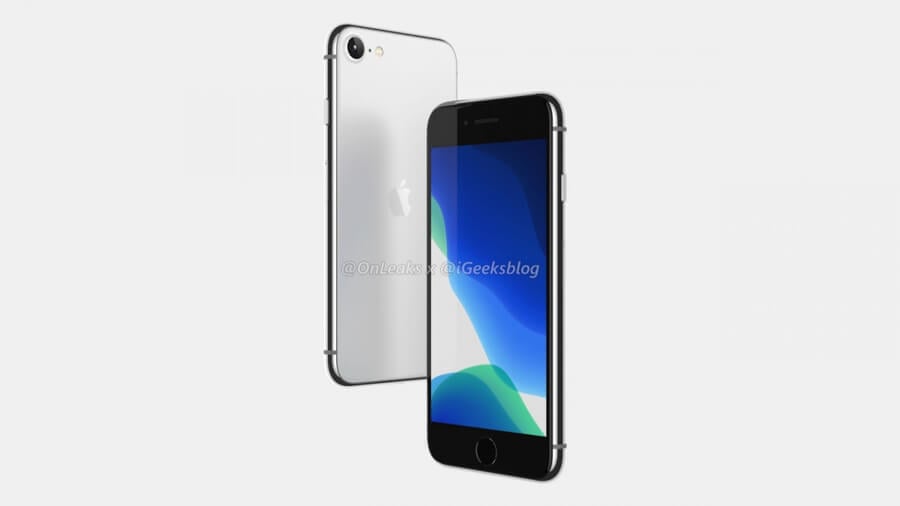 Rumor has it that it will have the same as the iPhone 8. A few renders came out that gave us an idea of how the device will look like.

The Apple iPhone 9 might bring back the TouchID fingerprint scanner that Apple made obsolete with the introduction of the 2018 iPhones. Since thick bezels will be back, the iPhone 9 will be free from the infamous notch.

However, another rumor suggests that the front of the device will be different. It will use the same mold of the iPhone 8, but the front bezels might be from the iPhone 11 Pro.

Apple will remove the TouchID on the bottom and will have the TrueDepth sensor on a notch placed on top of the screen for the FaceID (facial recognition) to work. It also means that the iPhone 9 will have a bigger screen than the iPhone 8, despite sharing the same body size.

The back panel should remain the same. We expect Apple to make its triple camera technology exclusive to the more premium iPhones. Having a single camera will also help Apple to keep the price of the iPhone 9 low.

Despite the iPhone XR’s single primary camera, it was able to capture great images that rival some multi-camera smartphones in the market. We expect Apple to accomplish the same on the iPhone 9.

Update 02/20/20: A quick hands-on video reveals the iPhone 9 on the flesh. It appears to be a hybrid between the iPhone 4/5s design with its metallic sides; the said thick notch, TouchID fingerprint, and an all-glass, single-camera design on the back. 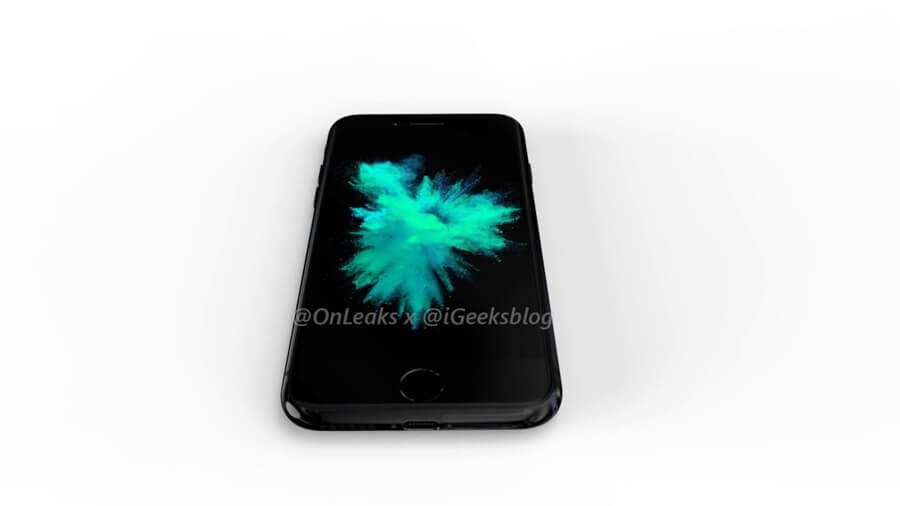 We already know that it might use the iPhone 8’s design and build. The logical move is to use a more recent processor from Apple, making the new A13 Bionic chip the leading contender. That’s the same processor currently powering the iPhone 11 Pro models.

If Apple will indeed use the latest A13 Bionic chipset, the iPhone 9 will have blazing speeds. Despite being the budget option, you can probably experience flagship-level performance out of this thing.

Moreover, since it’s a smartphone launched in 2020, it will ship with the latest iOS 13. The iPhone 9 will also be compatible with the upcoming iOS updates for at least 4 to 5 years.

The iPhone 9 will use the same processor and OS from its premium counterpart. However, it’s still the budget option. So the question is, where did Apple cut corners to make it affordable? 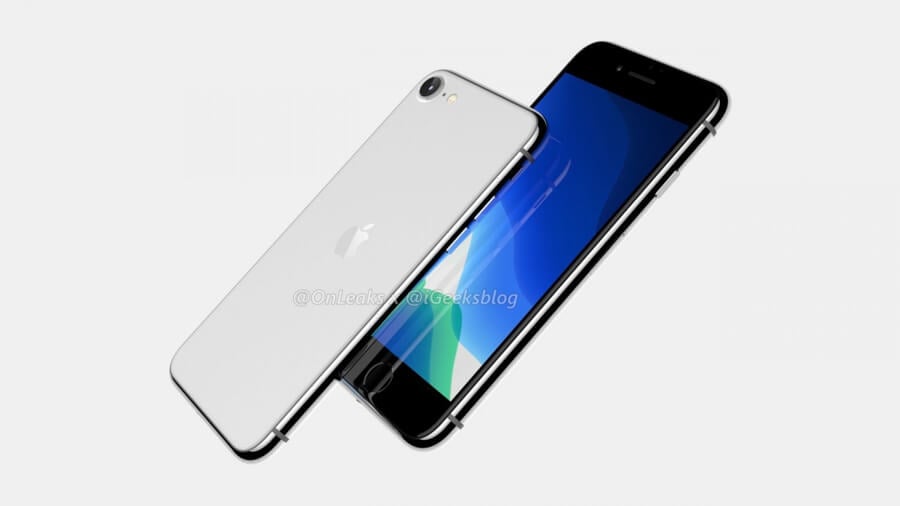 For starters, there’s the aforementioned single camera on the back. Not a lot of people utilize their smartphone’s telephoto and ultra-wide cameras, anyway. So disregarding them completely to cut cost is just logical.

We also expect Apple to skimp on the device’s display, but not too much. The iPhone 9 might use the same HD LCD screen that the iPhone XR and previous iPhones have.

I personally own an iPhone XR and I can attest that its display is not like any other HD LCD screens around. Despite its large 6.1-inch size, the sharpness from its HD resolution is still good and the details are fine. The color reproduction is quite nice, too.

Nonetheless, it will miss some of the benefits that OLED screens. The iPhone X, XS, and 11 Pro models have this panel. They enjoy the improved battery efficiency that this screen offers. Also, the colors look more vibrant and contrasty on this kind of display.

Let’s talk about the camera. As stated earlier, the iPhone 9 might only have a single camera on the back. Possibly the same primary camera that the new iPhone 11 has.

This is also one of the key areas where Apple is expected to save money. The flagship iPhone 11 Pro models have telephoto and ultra-wide cameras, while the vanilla iPhone 11 did let go of the telephoto lens to have a cheaper price.

So to save production cost, and to also set it apart from its bigger brothers, the iPhone 9 might only come with a single rear camera.

The front cameras are expected to be the same. It should have the same 12-megapixel selfie camera.

If the iPhone 9 will inherit the same front design that the iPhone X models have, it will also come with TrueDepth sensors sitting next to the front-facing camera.

But if not, then we might not see a notch on this thing. Instead, it will have thick bezels on top and bottom, giving room for the TouchID fingerprint scanner.

This also means the iPhone 9 might have the same exact 4.7-inch screen that the iPhone 8 has. But if not, going with the notch route will stretch the screen to up to 5.4-inches.

The rest of the features might be similar to the iPhones we already know. Apple might keep using its proprietary Lightning charging port, instead of the standard USB Type-C in Android phones.

It’s expected to have a stereo speaker setup, with the iPhones’ signature mute switch on the left side. An option to have a secondary eSIM is presumed to arrive, but no physical dual SIM compatibility.

The arrival of the iPhone 9 is expected to make the iPhone 8 obsolete. Recently, the iPhone 8, alongside other iPhones, were discounted dramatically.

We expect the iPhone 9 to be priced on the same ballpark, albeit slightly more expensive. Probably around the Php33,000 to Php35,000 range.

There’s also a chance that the iPhone 9 will be bundled with a free 3-month subscription of Apple TV Plus. An attempt to also promote the company’s latest streaming service.

Apple usually unveils their latest iPhones in September. However, since the iPhone 9 is a different kind of product for Apple, rumor has it that the iPhone 9 will be officially unveiled in February. 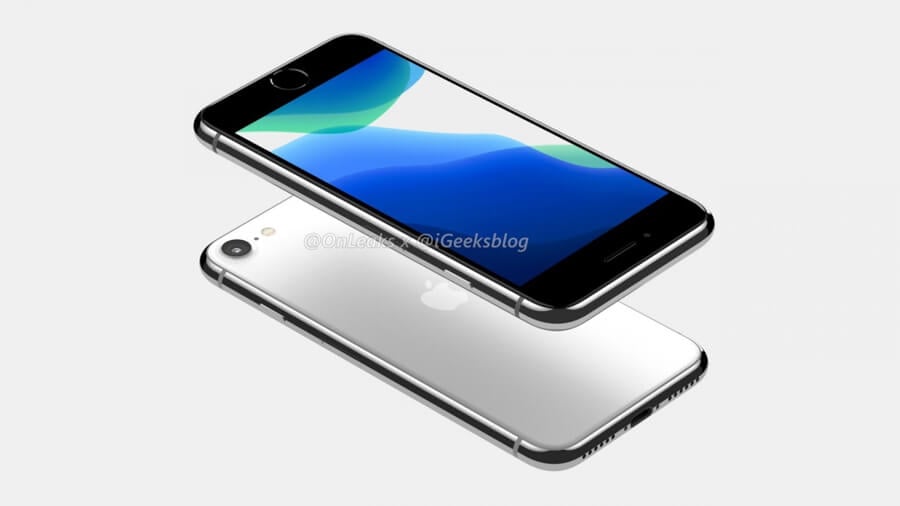 The iPhone XR performed very well in the market thanks to the great value it offered for the price tag. The iPhone 9 is expected to accomplish the same thing, that’s why an analyst expects that Apple will manufacture 6 million units of this device before it even hits the market.

To hit the target, the manufacturing process will be split into three factories. There’s the Hon Hai Precision Industry/Foxconn, Winstron Corporation, and Pegatron Corporation. All of which are from Taiwan.

Update 02/01/2020: Latest report from industry suppliers in China suggests that the iPhone 9 has entered trial production before it goes on full mass production status in mid-February. Apple is expected to make more than 30 million iPhone 9 units as it’s expected to launch in March.

Well, that’s everything we know so far. We’ll be updating this article once more information becomes available, so stay tuned for that.

Update 4/01/2020: A leaked case for the rumored “budget iPhone” was provided by a Best Buy employee, suggesting that the case will be available starting April 5. Hinting that the device will be out this month.