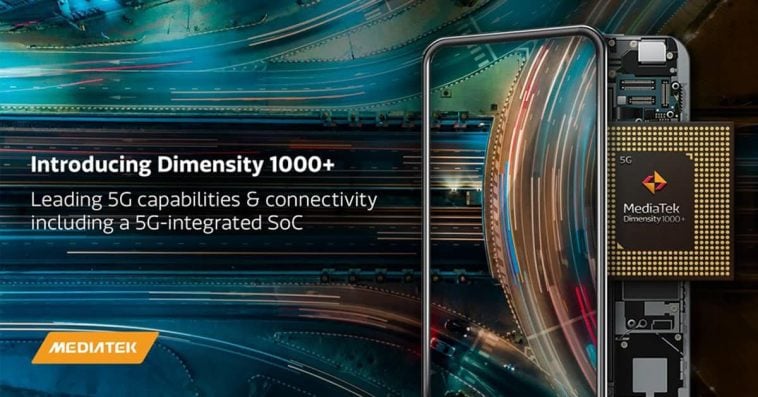 The new MediaTek Dimensity 1000 Plus flagship processor have been announced with improvements geared towards gaming smartphones.

As the name suggests, the MediaTek Dimensity 1000 Plus will have the same cores that the initial Dimensity 1000 had. But, with improvements that make it a capable workhorse for upcoming gaming devices.

It’s built on the same 7nm process, with four Cortex-A77 performance cores and Coretex-A55 efficiency cores. Handling the graphics is a Mali-G77 GPU and has support for quad-channel LPDR4X RAM.

The Dimensity 1000 Plus can now support ultra-fast 144Hz refresh rate screens. We’ve seen this type of display in a lot of gaming devices like the Nubia Red Magic 5G and Vivo iQOO Neo 3.

Other than speed, the new processor is also equipped with MiraEngine, which can enhance SDR (Standard Dynamic Range) videos and convert it to HDR10+.

The MediaTek Dimensity 1000 Plus also offers improvements in the connectivity department. The company’s own 5G UltraSave feature, as the name suggests, reduces the power consumption of the 5G modem. It can dynamically switch between low and high 5G bandwidths depending on the app you’re using.

It can do up to 4.7Gbps and 2.5Gbps of download and upload speeds, respectively, at sub-6GHz 5G. The best part is, both the SIM card slots can accommodate 5G sim cards.

MediaTek HyperEngine 2.0 is tasked to manage the entire chipset — from the CPU, GPU, RAM, and even wireless connectivity — to ensure that they’re running at best while conserving battery.

Since it’s geared for gaming, the MediaTek Dimensity 1000 Plus reduces both the WiFi and Bluetooth latency so you can play games wirelessly without any lag.

The Vivo iQOO sub-brand already got first dibs on this new processor, but no official market-ready device has been announced as of the moment.