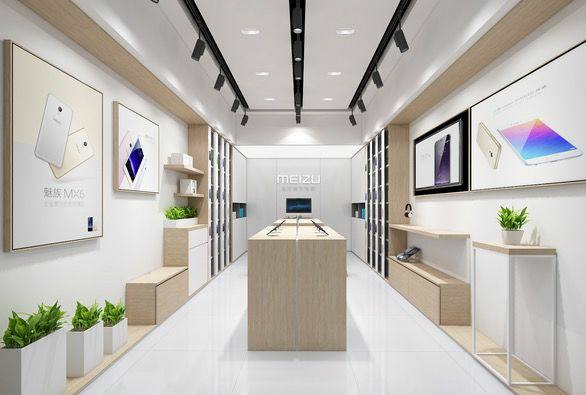 Here’s the list of the initial offering of Meizu Philippines.

It’s no secret that Meizu is preparing for its launch in PH. They’ve been hiring talents, posting teasers, and building their official website – www.meizu.com.ph.

Several hours ago, they’ve announced on their Facebook page the line-up that they will first introduce in the country. The Meizu M3S is probably the most affordable among them, as it has the least impressive specs. It has a 5-inch 720p 2.5D curved screen in front, 64-bit octa-core MT6750 chipset, and 3GB of RAM. It’s available in either 16GB or 32GB of internal storage, with an option to expand it up to 128GB. In terms of camera, it has a 13-megapixel rear shooter with phase detection autofocus and dual tone LED flash. There’s a 5-megapixel in front. A fingerprint scanner is also on board and the phone runs on a 3020mAh battery. It was launched with Android 5.1 Lollipop back in June, so hopefully it will come with a less dated version of Android now. Next is the Meizu M3E. Although it may sound inferior to the previous one because of its name, it’s actually better. It features a 5.5-inch 1080p screen with a pixel density of 401. Powering the device is an Helio P10 octa-core processor but it has the same 3GB of RAM. The storage is 32GB but it’s also expandable via a microSD card. Camera wise, it has the same number of megapixels and PDAF but this one has a Sony IMX 258 sensor and single LED flash. Like the M3S, it has a fingerprint sensor and it’s also running on Android 5.1 Lollipop. It has a 3100mAh which is subtly larger but it probably won’t last any longer because of its more power hungry screen and chipset. The M3 Note is another 5.5-incher with Full HD resolution and a 2.5D curved glass. It’s running on the same Helio P10 chipset as the M3E and it has either 2GB or 3GB of RAM. There’s also a choice between 16GB and 32GB for storage but it’s expandable nonetheless. We’ve got the same situation about the camera, as it has 13-megapixel PDAF with dual LED flash and 5-megapixel for selfies. Out of the five units that Meizu will release, it has the biggest battery with its 4100mAh. Unfortunately, an outdated 5.1 Lollipop is the OS out of the box. But we’re hoping that Meizu will give it an update soon because it’s unacceptable to have Lollipop when Marshmallow is already very prevalent even on much cheaper handsets. Moving, we’ve got the MX6. This one has a smaller but drastically better display. It features a 5.2-inch Super AMOLED screen with a resolution of 1920 x 1080. Meizu MX6 has 424 pixels-per-inch and a 3D press feature which works the same as Apple’s Force Touch. On the inside, there’s a more powerful MediaTek 2.5GHz Helio X20 deca-core processor coupled with 4GB of RAM and Mali-T880 GPU. Unfortunately, it falls short on storage as it’s fixed at 32GB. The camera at the back has a 12-megapixel Sony IMX386 sensor with phase detection autofocus and dual LED flash. There’s 5-megapixel selfie shooter in from of the device. Likewise, a fingerprint reader is found on the home button for a boost in security. For fast charging, this handset’s 3020mAh battery uses the company’s mCharge proprietary technology. For more information about the Meizu MX6, check out our feature article here.

As the name suggests, the Meizu Pro 6 is the most powerful of them all. It was announced back in April and it got significant fanfare since then. Seven months in, Meizu has actually revealed a successor – the Meizu Pro 6S. But that’s not the one we’re getting here, but rather the slightly older version. By now, you may have noticed that a lot of Meizu smartphones’ physique resemble the iPhone. And they really do – it’s pretty common with Chinese manufacturers to imitate the iPhone. In fact, even their own user interfaces try to ‘clone’ the look of iOS as much as possible. It’s no different here with the Meizu Pro 6.

Like the MX6, it has a decently-sized 5.2-inch Super AMOLED Gorilla Glass 4 protected display with 1080p resolution and approximately 423 pixel density. Looking inside reveals a different beast – MediaTek MT6797T Helio X25 deca-core chipset. It’s got two powerful cores and two sets of four cores each for less resource intensive tasks. There’s also 4GB of RAM and 3D Touch support. There’s no option to expand the storage here, so you’re stuck with the version you’re getting – either 32GB or 64GB. The camera has more megapixels – 21-megapixel on the rear with f/2.2, PDAF, laser autofocus, and ten dual-tone LED flash. The front camera remains the same.

Meizu Philippines says that it plans to open concept stores in key cities very soon. The first one is in SM South Mall and it will launch next month.