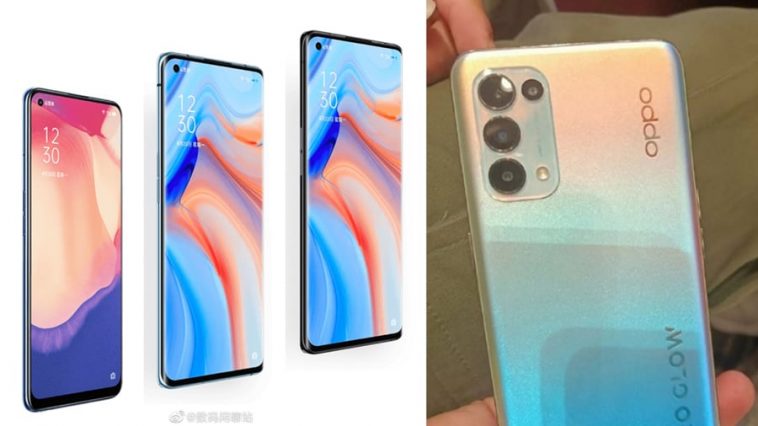 OPPO is expected to release the new Reno 5 series later this month. But weeks before its release, we get to see its possible final design and key specs.

A leaker from Weibo shows what appears to be the final look of the OPPO Reno 5 series, and from what it looks like, they will look similar to the Reno 4 series.

A leaked rear photo of the Reno 5 reveals that it will indeed have a similar look to the Reno 4, most notably in the quad-camera layout on the back. It’s expected to have a 64-megapixel main shooter, 8-megapixel ultra-wide, and two 2-megapixel sensors. You can also notice the Reno Glow tag at the back of the device, revealing its color variant.

As for the specs, the OPPO Reno 5 5G will have a powerful Snapdragon 765G processor, giving it a high chance of making it in markets like the Philippines. Meanwhile, the Reno 5 Pro 5G and Reno 5 Pro Plus 5G will have Dimensity 1000+ and Snapdragon 865 flagship chipsets, respectively.

The base model will also have a 6.43-inch OLED screen, 4,300mAh battery, and support for OPPO’s 65W fast charging. The Pro models will be much bigger at 6.55-inches. A 90Hz to 120Hz refresh rate is also highly plausible.

We’ll have all the official specs and price on these devices once they are out, so stay tuned for that.