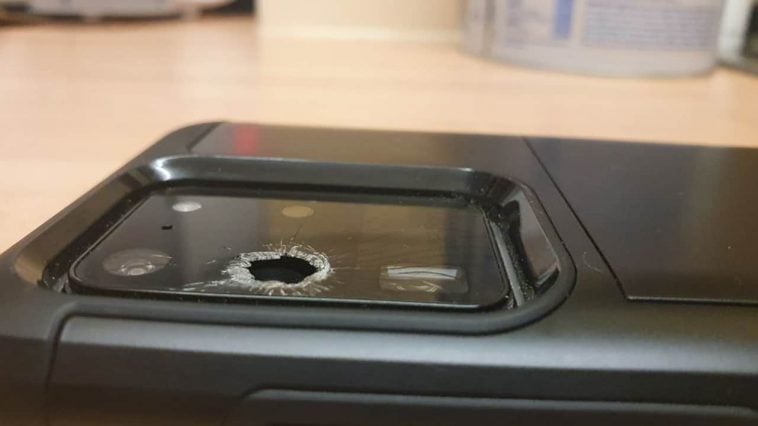 The Samsung Galaxy S20 Ultra is currently the top-dog in the company’s smartphone portfolio. However, it appears that this expensive and premium device has a major hardware flaw.

Apparently, the large glass that’s protecting the quad cameras on the back is very fragile. Not just hairline-scratches-fragile, but there are users reporting that the glass would randomly break and shatter, even without being dropped or bumped. They just take it out one time and discovered that the glass on the back is already broken.

It appears that there are already reports of this happening shortly after its official release back in February.

Although, this issue doesn’t seem to affect all Galaxy S20 Ultra units worldwide as there are only a handful amount of owners reporting this issue. But, the numbers of affected devices are significant enough to dismiss the issue and regard to it as an isolated case.

Having a cracked screen will greatly affect the camera performance of the Samsung Galaxy S20 Ultra, which is ironic since it is considered as one of the best features of the device.

What’s worse, there are reports saying that having a broken camera glass, no matter what caused it, will not be covered of the warranty, and Samsung is asking USD100-USD400 (~Php5,000-Php20,000) for a fix.

However, it appears that this isn’t the first time this kind of issue happened on a smartphone. There were previous reports saying that the camera glass on the iPhone X was also susceptible to breaking.

Speculations say that this might be due to the fact that mobile cameras are getting bigger in general. We’ll update this article once we hear any comment from Samsung.