It appears that Huawei is now gearing up for their next flagship smartphone. Reports suggest that it will be in three different flavors: the usual suspects include the “Lite” version, a standard one, and the overblown “Pro” variant. We’ll get right into them one by one, but today, we’ll be focusing on the rumored Huawei Mate 10 Pro

Les Numeriques, a French website, was able to gather what is said to be the marketing materials for the upcoming Huawei Mate 10 Pro. The leak bared nothing and spilled almost everything there is to know about the said device. However, the materials have some typos on it, so we’ll take it with a grain of salt. But considering how artsy they look, there’s a huge chance that they are true.

First, we have the displays. As per the report, the Mate 10 Pro will have a 6-inch AMOLED 2K display. That’s a standard size for most smartphones with an 18:9 aspect ratio today. On the other hand, the Mate 10 will only have a standard 16:9 display at Full HD resolution. 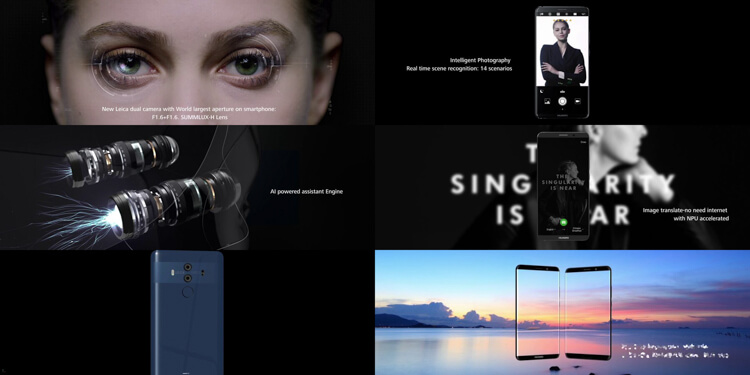 And in an unsurprising move, the Mate 10 Pro will also be powered by their own Kirin 970 processor. This chipset is said to be equipped with a 4G modem that can reach whopping speeds of up to 1.2GBps. Huawei is also betting large on Artificial Intelligence (AI) that the Kirin 970 is rigged with a “neural calculation” system.

With AI, we can expect the device to accomplish more complex tasks without the help of the internet. It can do real-time translations, voice assistant, photography tricks, all on its own. 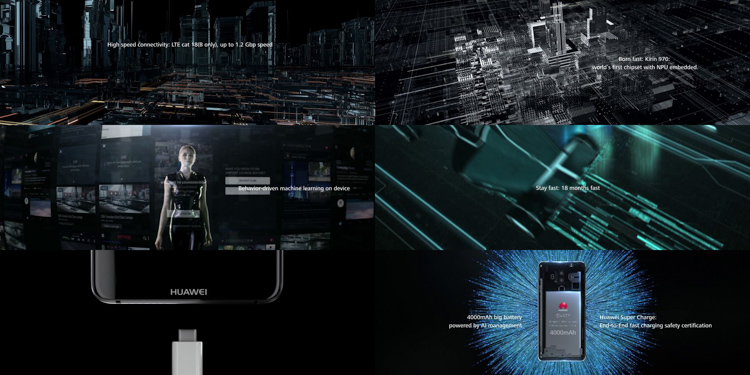 The Huawei Mate 10 Pro is also rumored to sport a 4000mAh battery with fast-charging and an IP67 durability certification.

Lastly, the handset would rock dual cameras at the back. According to the source, they are still with Leica and both will have a wide-aperture of f/1.6. That’s even better than the LG V30, which only has f/1.6 aperture on one camera, while the other one has a f/1.8.

The new Huawei Mate 10 Pro, together with its brothers, isn’t due until the next couple of weeks. We’ll just have to wait for Huawei themselves to confirm these rumors.