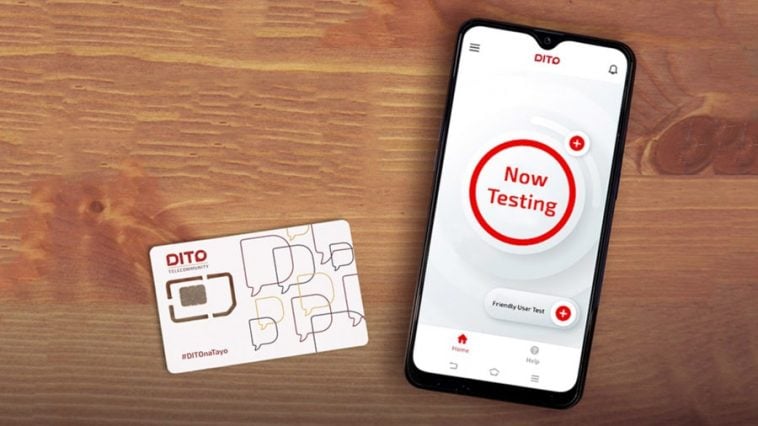 More good news coming from the third telco of the Philippines, DITO Telecommunity.

It’s been reported earlier that a couple of early testers have already received a DITO SIM card and are already testing the network. Now, in a Facebook post, the company confirms the reports as they officially announced the DITO Friendly User Tests.

The post includes the image you see above, which shows what the actual DITO SIM card and a companion Android app would look like. It matches the live photos we’ve seen in the earlier report.

In the footnote, it was made clear that both the SIM and mobile app are exclusively available to pre-identified testers and in no way available in the market.

It’s said that select DITO employees and pre-selected partners are conducting the DITO Friendly User Test (FUT). No mention of what location the network is being tested with, but the upcoming telco company assured its consumers that this is a part of the steps they’re taking to ensure that everything is ready before their official launch on March 2021 and that users will get the service they deserve.

Back in October, the company expressed that they aim for market dominance and 5G superiority. They also tapped Udenna Infrastructure for Php10 billion tower and fiber optic project.