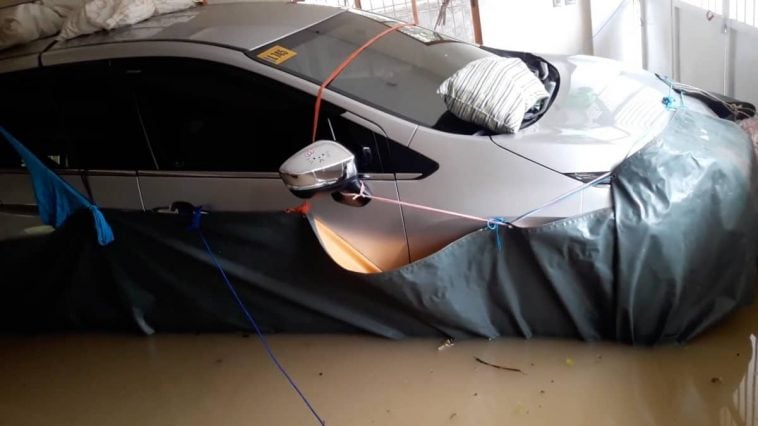 How should car owners prepare their vehicles for an incoming flood? If we were to follow this one owner of a Mitsubishi Xpander, cars should have a tarp tied underneath to make it float.

You can check the video of YouTuber Dadddy M’ Castro showing his car safely floating in his home garage at Cainta, Rizal during Typhoon Ulysses. He narrated how they were unable to bring the car to an elevated garage at a mall.

Fortunately, he had a tarp in his home and improvised it into a flotation device for his car. And to prove the vehicle is really afloat, here’s another video where it easily moves after a gentle push.

Making a car float should only be considered as a last resort, as it is not as easy as it looks. For one, the tarp to be used must be thick and strong enough to carry the weight of the car. For another, stability in flotation must be ensured, otherwise the car might tip over.

If this is too risky an idea to take, then of course you can always protect your car from a flood by moving it to a safer, elevated place before a typhoon arrives and causes extensive flooding.