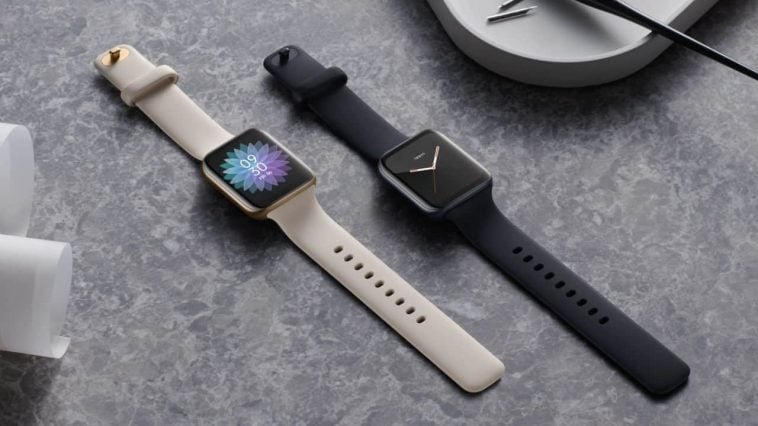 OPPO has finally unveiled the global version of the OPPO Watch, together with the Reno4 and Reno4 Pro.

The watch was first released in China. But even though the global edition of the OPPO Watch and the Chinese version share the same name, the internals have significant differences.

Aluminum alloy 6000-series was used to make the body of the watch, while plastic and ceramic was used on the rear surface of the 46 mm model. Only plastic was used on the 41 mm model. Fluoro rubber strap was included on both versions, which means the stainless steel model is exclusive to China.

The OPPO Watch’s main selling point is the dual boot system. It can either run on the ultra low power Ambiq Micro Apollo 3 or Wear OS ultra low power. The Wear OS comes with all the impressive features of a smartwatch, like Google Play, support for OK Google and GPay, while the other is just for the essentials of any basic smart band, like time, alarms and notifications.

The endurance of the two modes has huge differences. The OPPO Watch Smart Mode can last about 24 hours and 36 hours on the 41 mm and 46 mm respectively, while on Power Saver Mode, it can last for 14 days and 21 days, respectively.

According to OPPO, 15 minutes on the magnetic charger will fill the battery of the bigger variant up to 46% and up to 100% in just about 75 minutes. The smaller model will charge up to 30% in 15 minutes because its cell is smaller. The battery capacity is 430mAh for the 46mm model and 300 mAh for the 41mm model.

The OPPO Watch 41mm and 46mm smartwatches both support Wi-Fi, while the 46mm also have LTE support, thanks to the eSIM chip inside. The eSIM will be provided by Vodafone, Celcom and Orange carriers. You can also go for a different carrier of choice since there’s eSIM support that works with the required bands.

The bigger variant of the OPPO Watch is available in two colors, Glossy Gold or Black. On the other hand, the smaller version comes in three colors, Pink Gold, Silver Mist and Black.