The Xiaomi Mi Band line is one of the most popular series of smart wearables in the market today.

These very compact devices offers a lot of essentials that people need on a wearable, with a battery life that’s possibly the best in the industry. The best part is, they are dirt-cheap, making them an attainable gateway for the smart wearable market.

With that, we want to see how far this line has come in our Xiaomi Mi Band 4 review.

The Xiaomi Mi Band 4’s design is almost the same with its predecessor, the Mi Band 3. It has a vertical design just like what most smart bands. However, this one is noticeably more rounded than the competition. 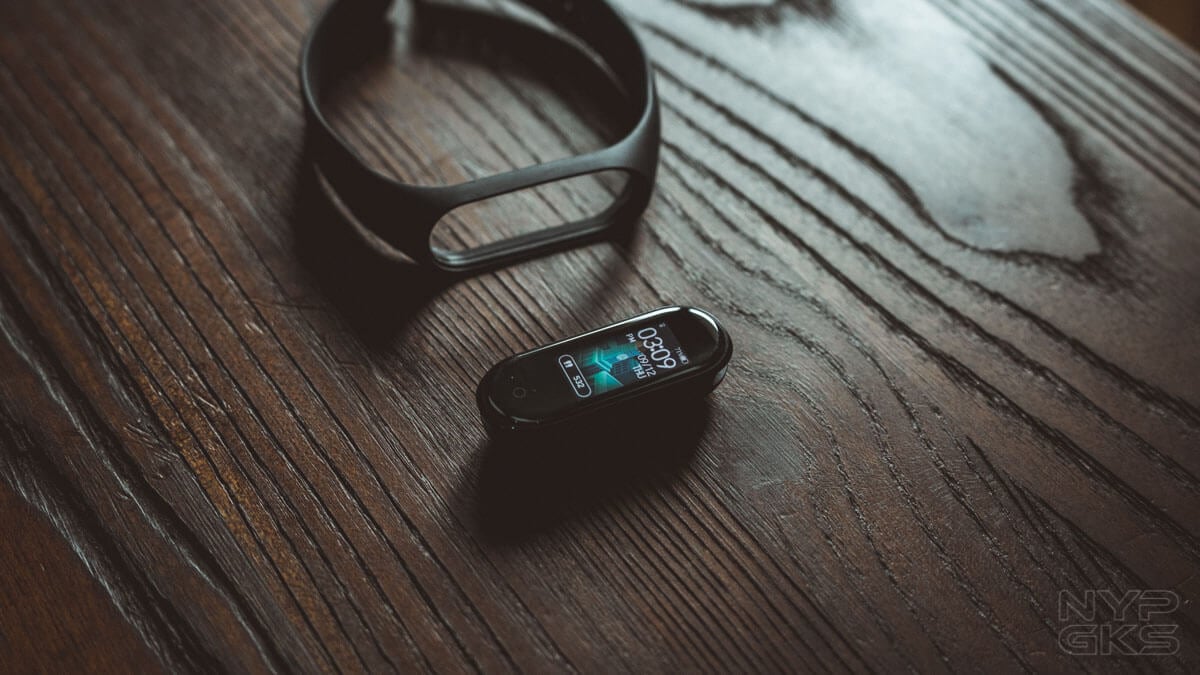 In addition, the front glass is protruded, which looks like it’s going to pop out of its body.

Mi Band 4 uses a 2.5D tempered glass with anti-fingerprint coating. Our review unit remained clean and scratch-free despite daily use. But if you need extra peace of mind, you can slap in a screen protector that’s available in tons of online stores. 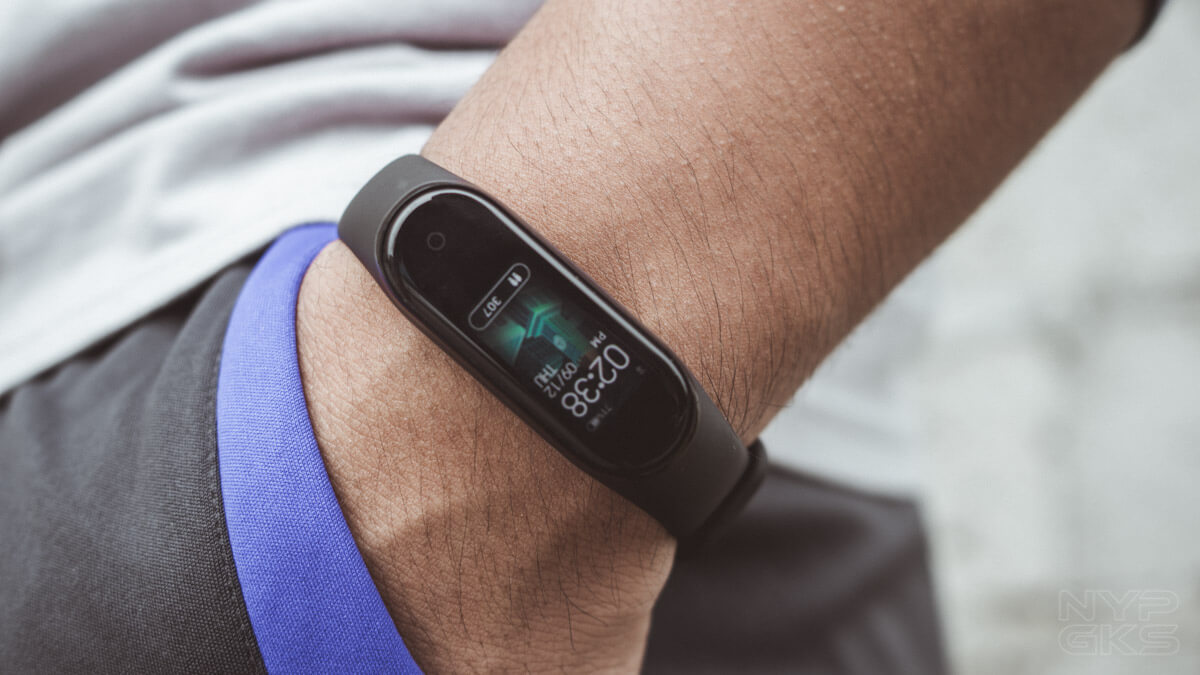 Speaking of the screen, the Xiaomi Mi Band 4 has a 0.95-inch AMOLED display. The screen can now display color, which is its biggest upgrade over its predecessor. The dimple on the bottom is now gone as the screen itself can now register touches.

The display quality is fine, but definitely not the sharpest as expected from a budget wearable. It can also get decently bright, making it visible at sunny outdoors. 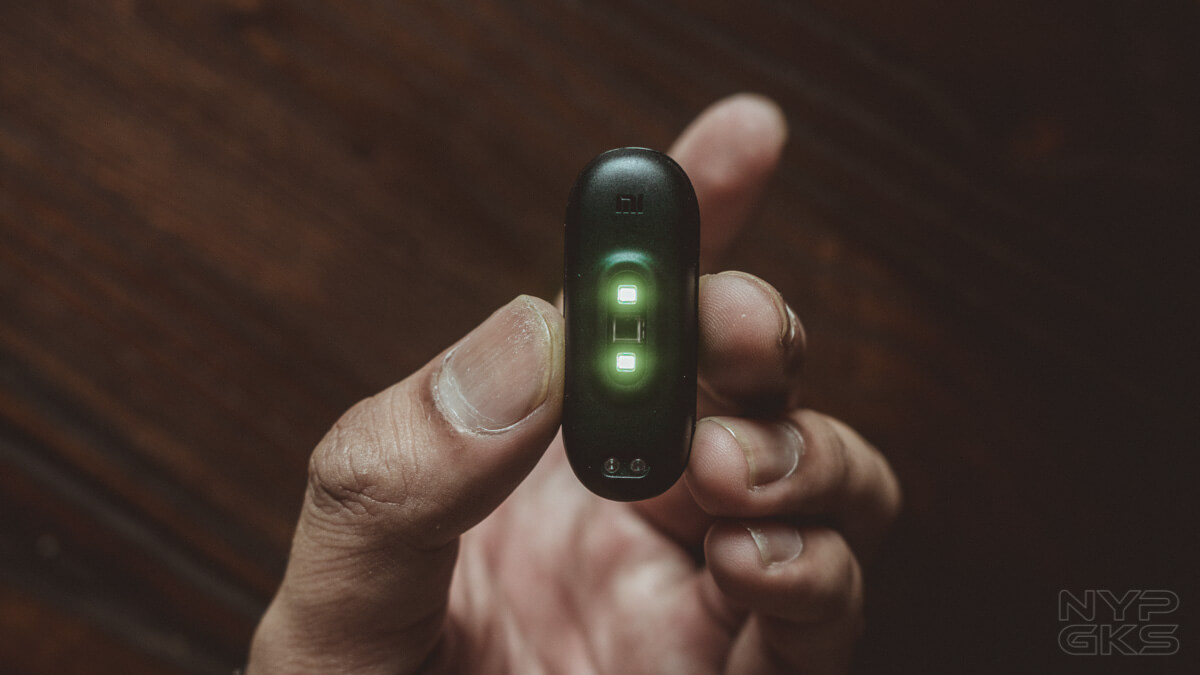 When you remove the strap, the main device looks like a large pill, with the charging contacts and heart-rate sensor on the back.

If the black band doesn’t fit your taste, you can swap it for different colors. Personally, I do like the navy blue one. The extra straps that we got for the Xiaomi Mi Band 4 only retailed for around Php150 and it even came with a free screen protector. Also, if you already have straps from your Mi Band 3, you can use it here as they pretty much have the same build. 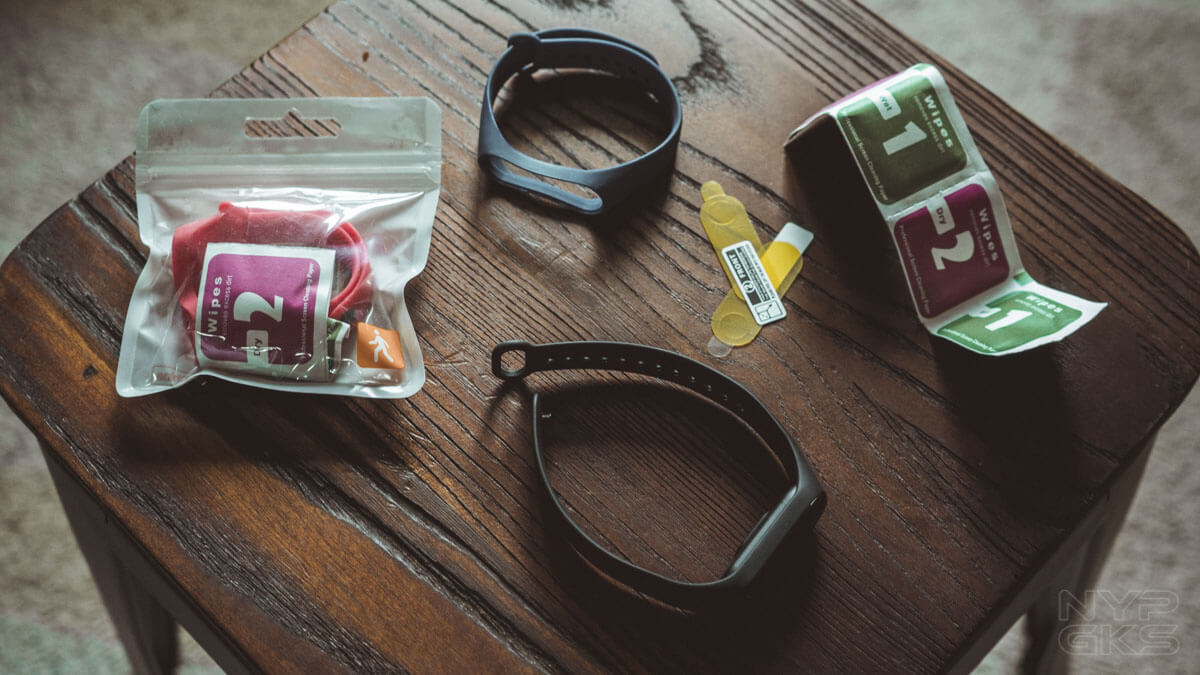 Overall, the Xiaomi Mi Band 4 is a well-built smart band. It’s light and comfortable. Although it felt a little itchy the first time I wore it, my skin got immediately used to it and the initial irritating feeling was gone shortly after.

Thanks to its new colored touchscreen, the Xiaomi Mi Band 4 unlocks a lot of features that its predecessors doesn’t have.

For one, you can now choose from different watch faces. They are available for download on the Mi Band app. You can now also control your music (play/pause, skip, and volume) right within the band. Although I noticed that it’s a little slow, especially when I’m streaming music on my Mi AirDots Pro.

A lot of icons and texts are now also color-coded for ease of use. Plus, upcoming notifications now displays the app icons so you can easily distinguish where it’s coming from. 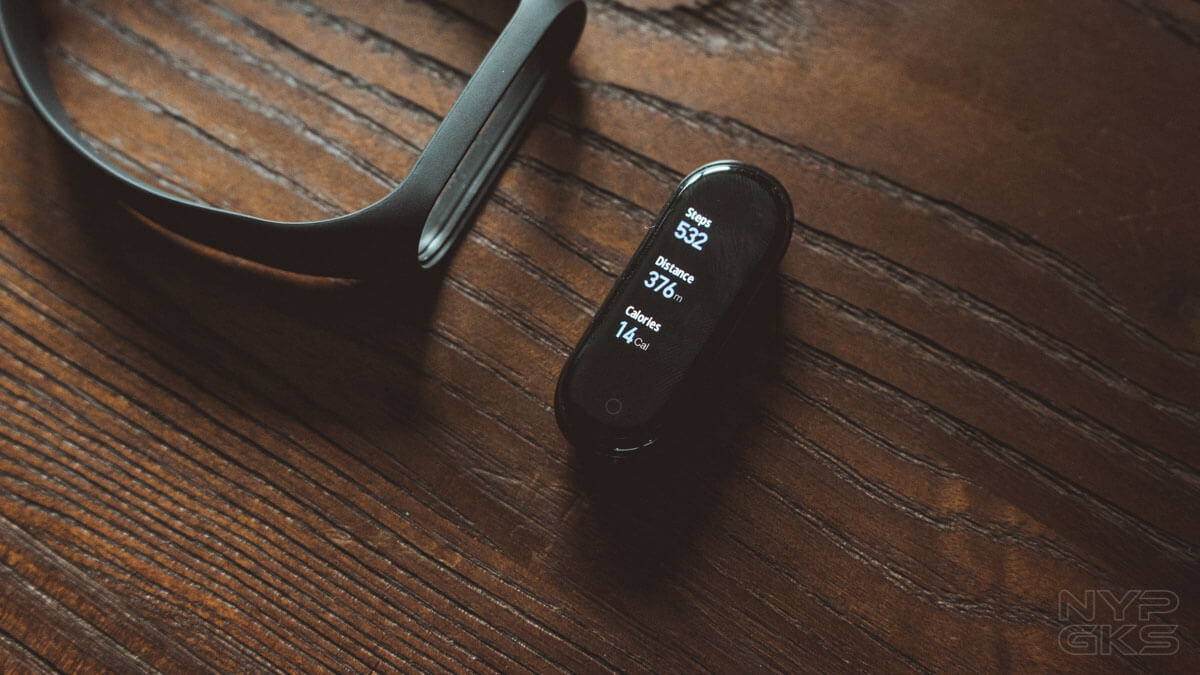 Of course, there’s your typical fitness-related features. Like most wearables, it can track your daily steps and gives you a ding  when you reach your set goals. But just like its predecessors, it’s not the most accurate tracker out there. You can be sitting in a moving car and notice that the counter is ticking.

Thanks to its heart-rate meter and other sensors, it helps you calculate your calories burned and other related data whether you’re running, cycling, and even swimming thanks to its water-sealed body. 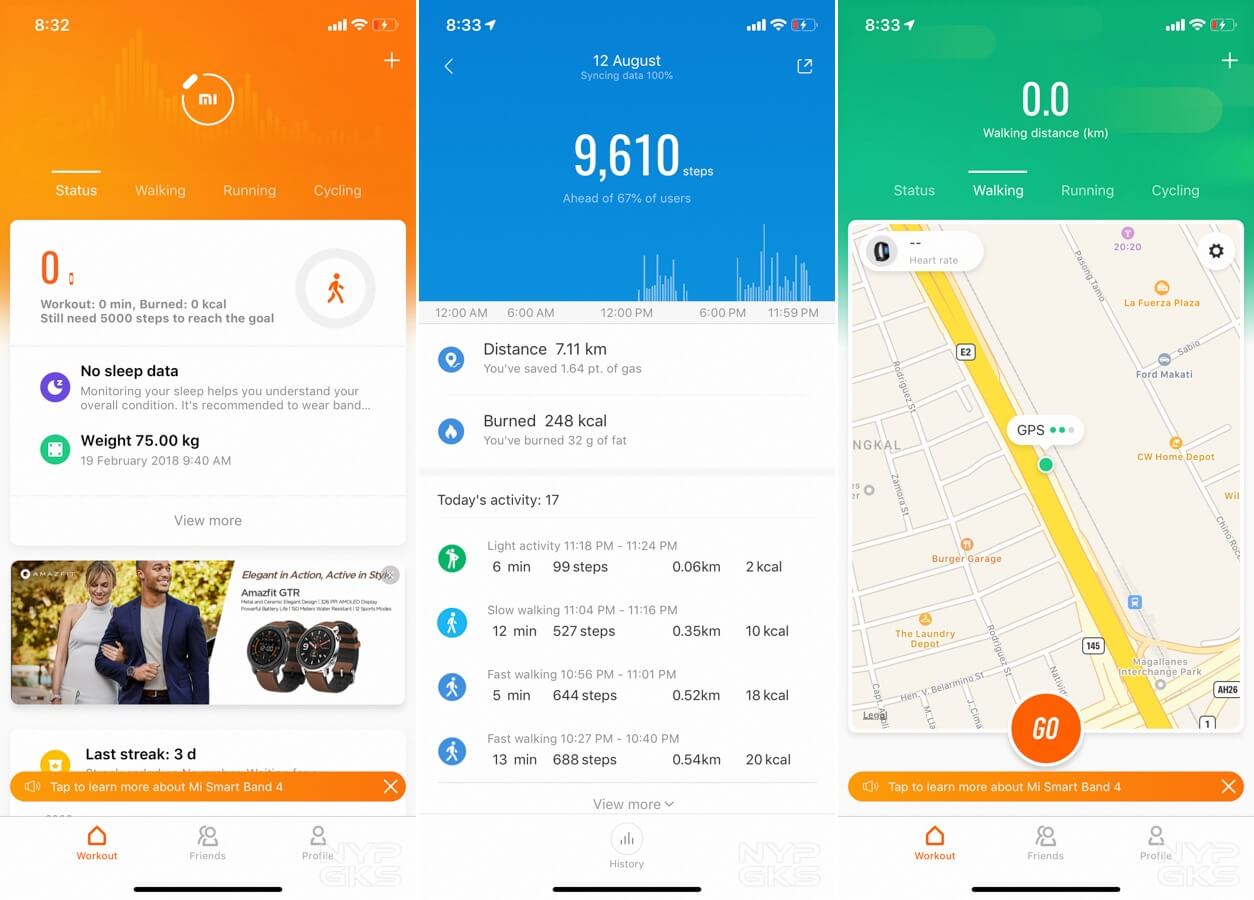 You can also enable idle alerts, so it notifies you if you’re sitting for way too long. Don’t worry, it can detect if you’re sleeping so it wouldn’t suddenly wake you up.

Speaking of which, the sleep monitoring feature worked pretty accurately. If I know I didn’t have a good night sleep, it will reflect on my sleep records. If you slept for 8 hours, you should see at least 2 to 3 hours of that accounted as Deep Sleep to know that you, indeed, got a good night sleep. 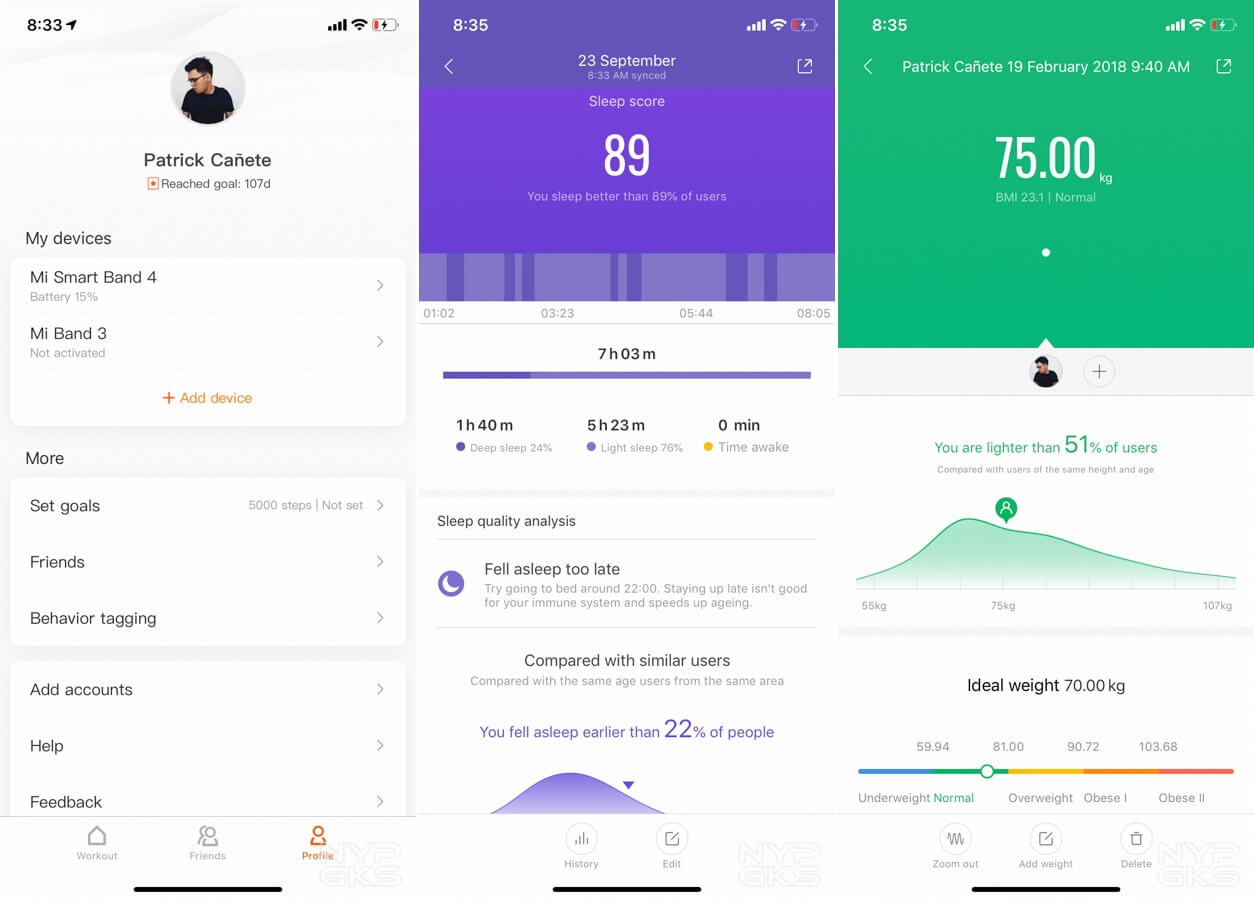 Overall, the Xiaomi Mi Band 4 is complete with all the things you’re looking for on a smart band. There’s activity tracking and health monitoring, albeit not the most accurate. Plus, there are other smartwatch-like features such as notification alerts, alarms, music controls, and others.

Probably one of the biggest strengths of the Mi Band line-up over the years is their battery life. And with the Xiaomi Mi Band 4, the company was able to keep the impressive longevity despite the colored screen. 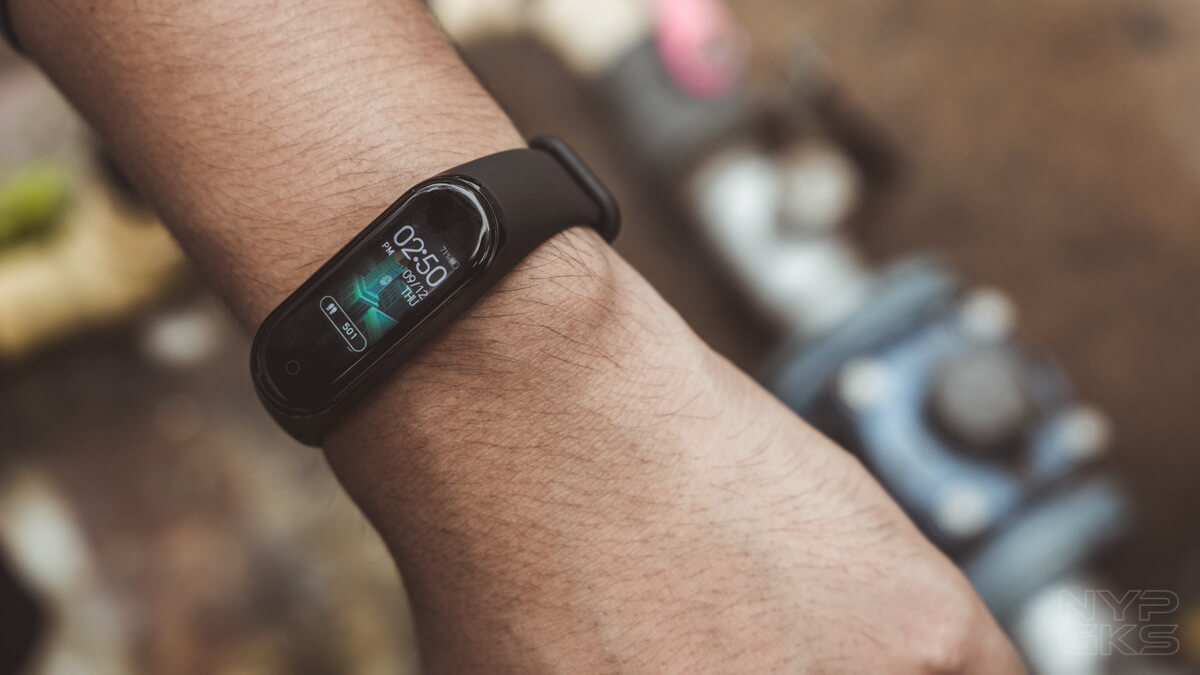 In my testing, the Mi Band 4 was able to last me for around 15 to 17 days. That’s with a lot of features enabled: Raise To Wake, accurate sleep and activity tracking with the heart-rate monitor working pretty much 24/7, and we even used a colorful watch face.

The included charging module has been redesigned. You now have to put the entire Mi Band 4 to the case instead of just sliding half of it in. A full charge takes about 45 minutes to an hour. 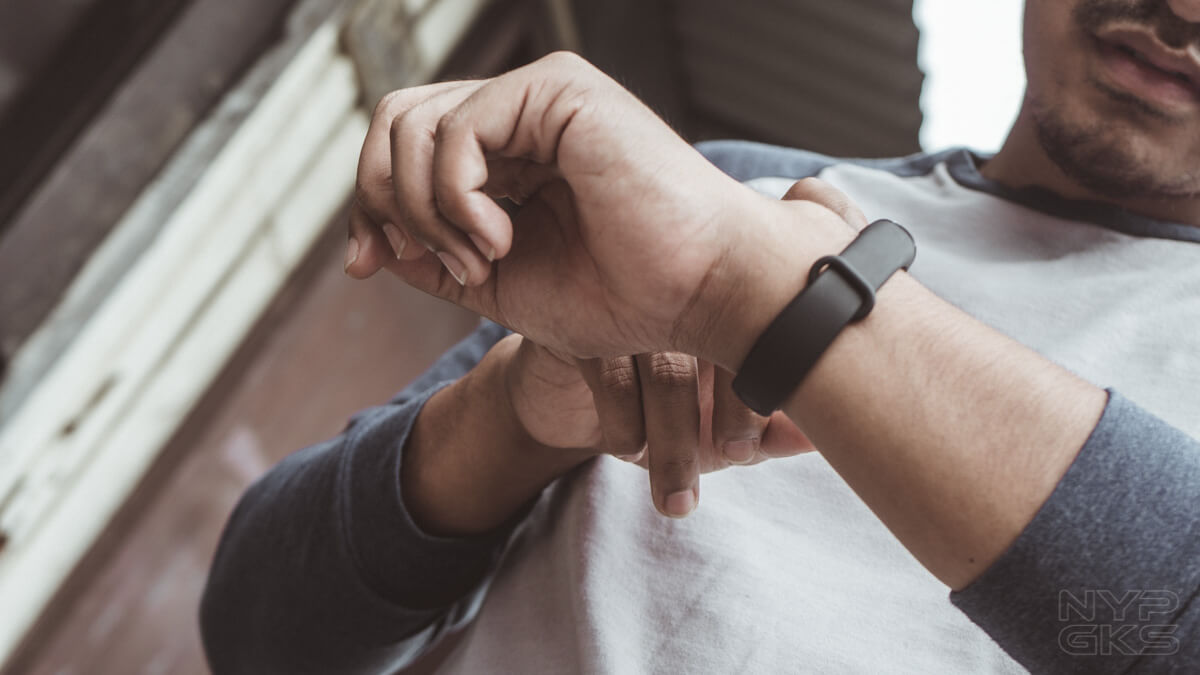 Just like its predecessors, the Xiaomi Mi Band 4 is still one of the best bang-for-the-buck smart bands that you can get. It features a colored screen, full notification alerts, activity, and sleep monitoring, tons of available watch faces, music control, and more, for a price of only Php1,695.