Cherry Mobile has been stepping up their game lately. Despite being a local brand, the company is doing everything they can to bring the most dated features on their new smartphones. In fact, a testament to that commitment can be seen on the Cherry Mobile Flare S6 Plus.

This device is one of the first Cherry Mobile smartphones to adopt the 18:9 aspect ratio screen. The handset also has two cameras in the front and back, which basically means that it’s a quad-camera setup — a rare feat in today’s lower midrange market.

The Cherry Mobile Flare S6 Plus’ design and overall build quality feel the same with its little brother — the Flare S6. It has a unibody metal construction which looks really premium even from afar.

But ironically, the handset doesn’t feel really solid like it should be. I got that impression from the flimsy buttons on the sides. They are also made of metal, however, they are a bit wobbly and they provide a weird sound when pressed. 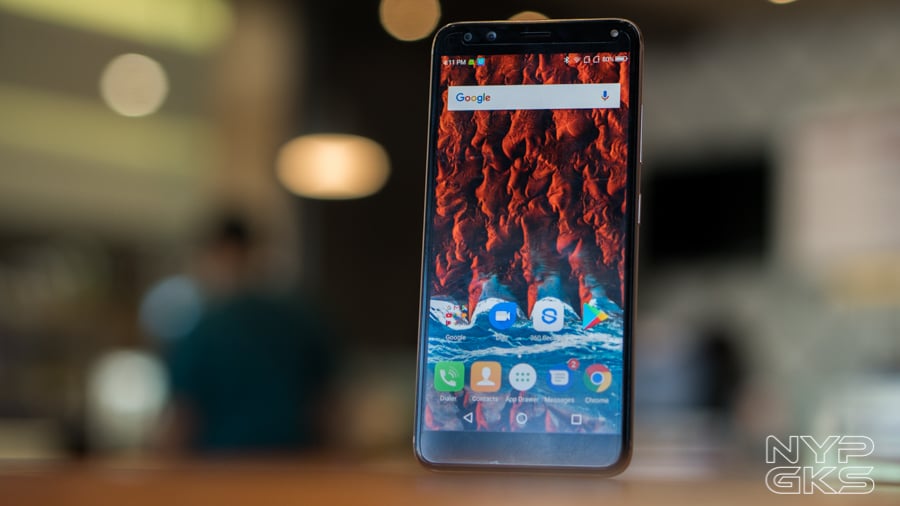 The screen protector that comes pre-applied is already filled with hairline scratches, and I’m pretty scared to take it off as the glass inside it might suffer the same fate.

However, we have to give credit to Cherry Mobile for the device’s stylish and premium look despite the relatively affordable price tag. The metal build made it noticeably hefty, but you can get easily used to it. 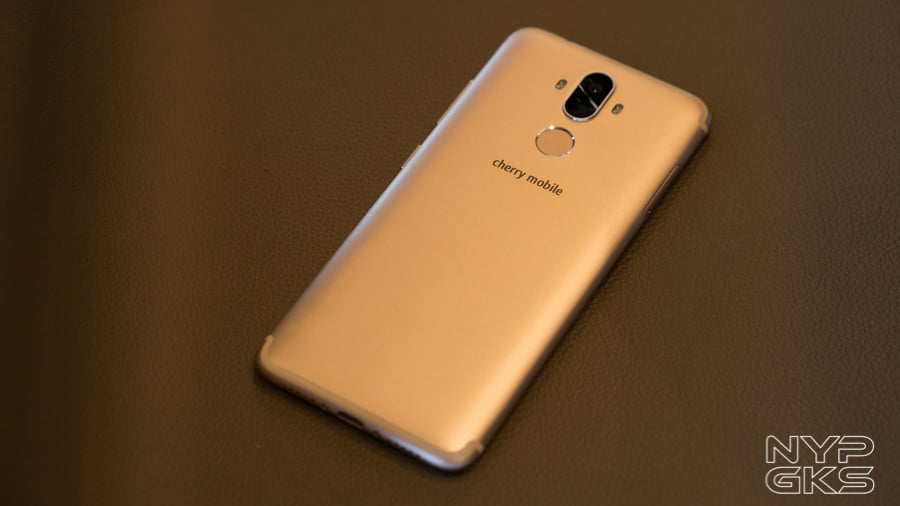 This is also Cherry Mobile’s first device to sport the 18:9 aspect ratio display, which is undeniably the current trend and the future of mobile devices. This also means that it has incredibly thin bezels, and the capacitive buttons on the bottom have been removed in lieu of on-screen ones.

On the right side, there’s the SIM tray that can house a nano and a micro SIM, or swap the latter with a microSD card for storage expansion. It would have been nice to see a dedicated SD card slot so consumers can still have two SIMs and extra storage, but I guess we’ll just have to live with it. 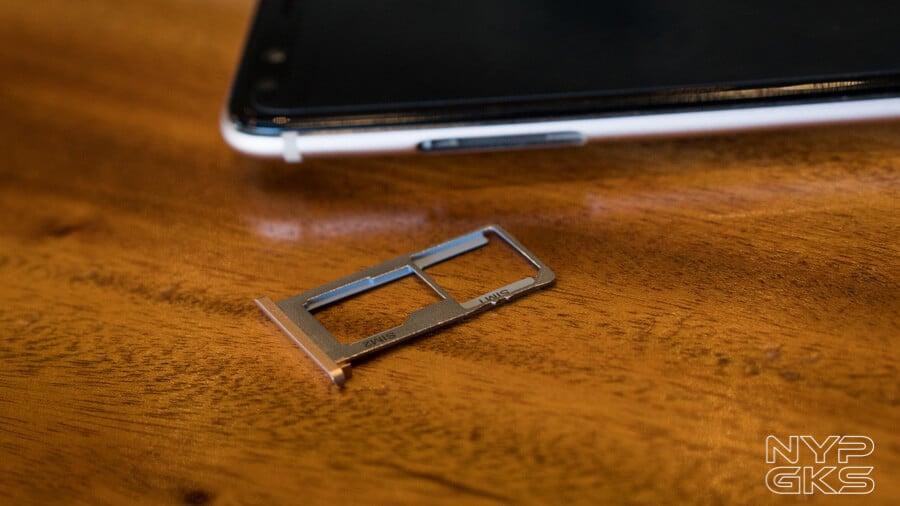 At the top, there’s the 3.5mm headphone jack, while at the bottom is the built-in microphone, microUSB port, and acceptable-sounding loudspeakers.

The speaker drivers deliver decent volume but distort at loud levels. The bass volume is present, but it’s not thumping. It’s good for private listening or watching videos, but you might want to use headphones for a more comfortable entertainment experience. 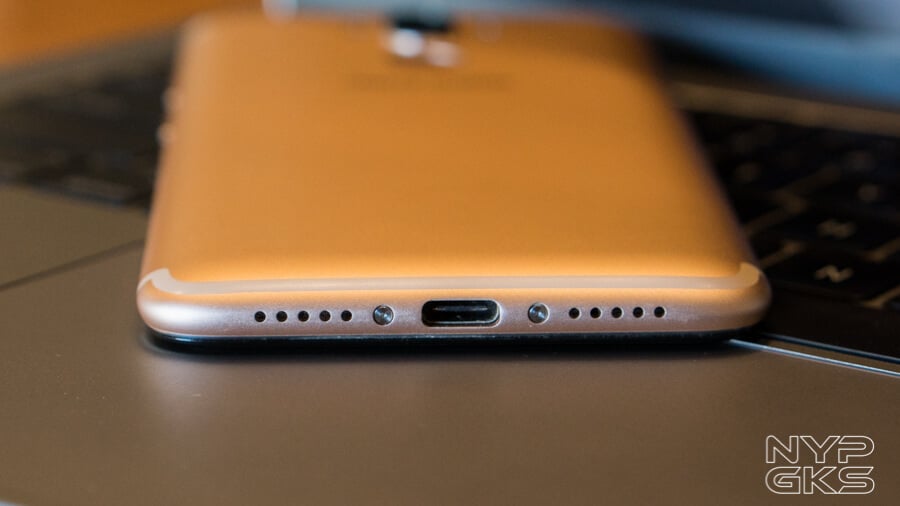 Lastly, we have the dual cameras at the back, LED flash, and fingerprint scanner. We have clearly seen a faster and more accurate fingerprint scanner on a smartphone, but this one is still not too shabby either and it gets the job done.

Cherry Mobile turned its focus to other aspects of the Flare S6 Plus that the display department has been a little left out. For its price tag, we should already be expecting a 1080p display. Instead, the Flare S6 Plus only has an HD+ resolution in its 5.7-inch IPS screen. 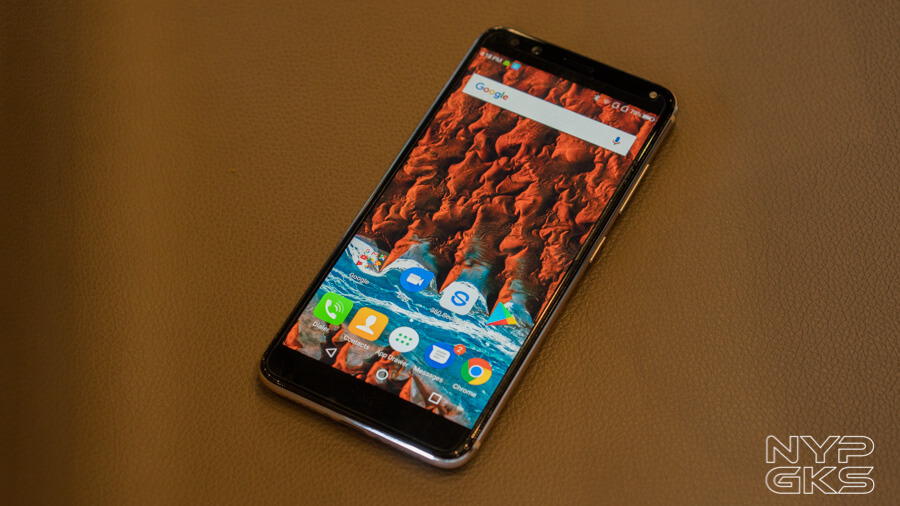 It might be the sharpest, but the screen’s ample size and tall 18:9 aspect ratio was able to make up for it. At this form, you can watch movies and enjoy it, save for the black bars on the sides left out because of the tall aspect ratio. Additionally, you can comfortably read a web article or browse through your social media news feed without having to scroll too much because more content fits on the screen.

Quality-wise, the display of the Cherry Mobile Flare S6 Plus can project decent colors. It is a bit washed out when compared with other IPS panels, but it’s still acceptable. The screen can also get really bright, which provides good viewing angles and visibility when used outdoors under direct sunlight.

The Flare S6 Plus is equipped with a 1.5GHz MediaTek MT6750T octa-core processor bundled with 4GB of RAM, Mali-T860 MP2 GPU, and 64GB of internal storage that can go up to 128GB via a microSD card.

This handset is not the fastest smartphone that I have tested in this category. Clearly, there are a lot of better alternatives out there if processing performance is really the top priority. But then again, if you consider the overall package, the adequate performance is kinda forgivable.

To narrow it down, the processor was able to handle the interface well. Flicking through different social media apps and even Google Chrome was pretty smooth. 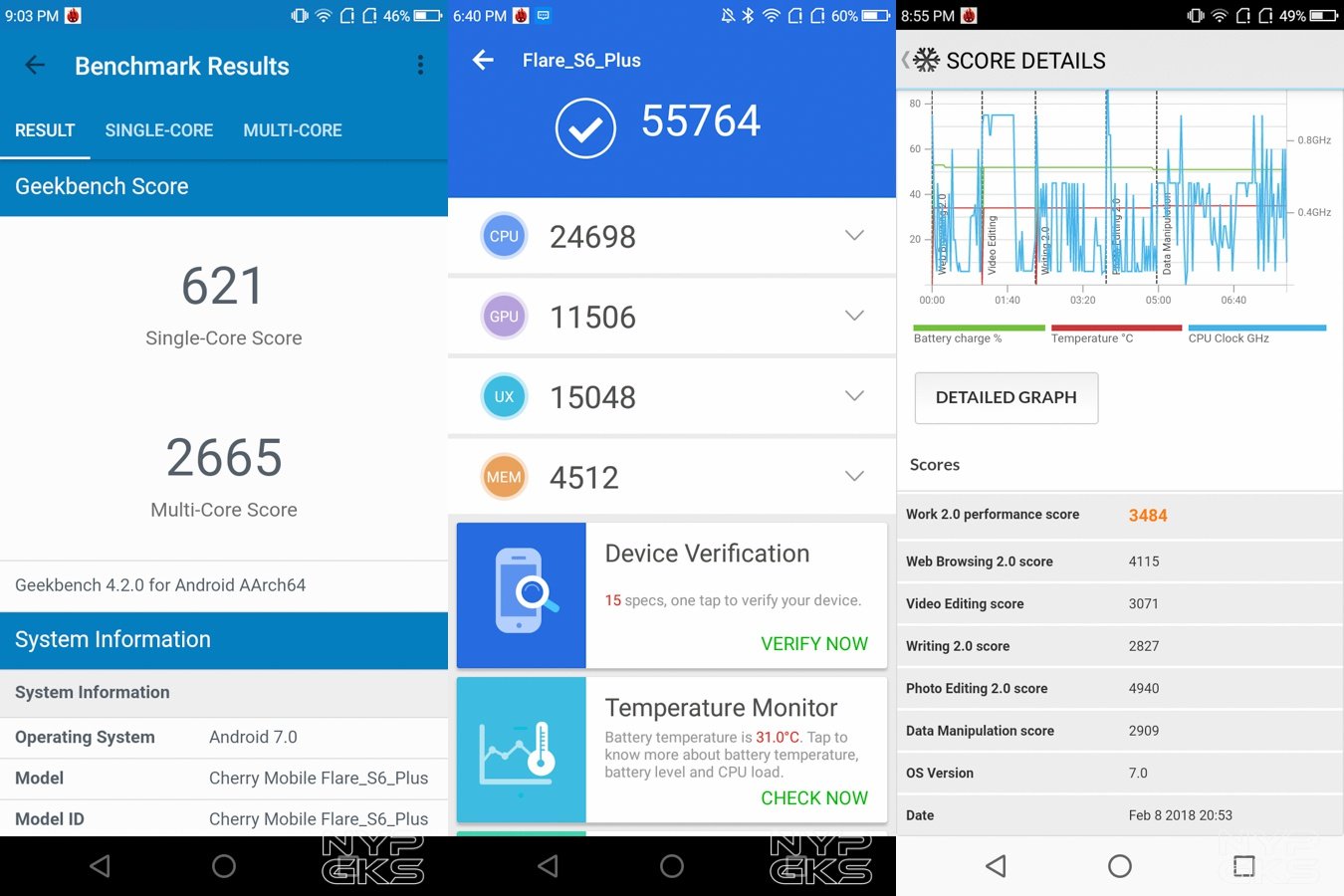 Switching between apps was fast, all thanks to the ample 3GB RAM. It can surely handle basic and day-to-day tasks, but it struggles when you try to push it too hard.

With that, the gameplay experience on the Cherry Mobile Flare S6 Plus is a little sluggish. I tested playing the battle royale game called Rules of Survival, which is one of the most-played titles today. The game did run, but there were a lot of frame drops. Environmental elements also take a few moments to load.

But if you’re more into casual and undemanding games, then the performance of the Flare S6 Plus is more than enough to handle it.

Cherry Mobile shocked everyone when they launched their own CherryOS interface. This custom UI was announced alongside the entire Flare S6 line and it powered the said devices. Hence, what we have here is a disappointingly outdated Android 7.0 Nougat with the CherryOS skin on top. 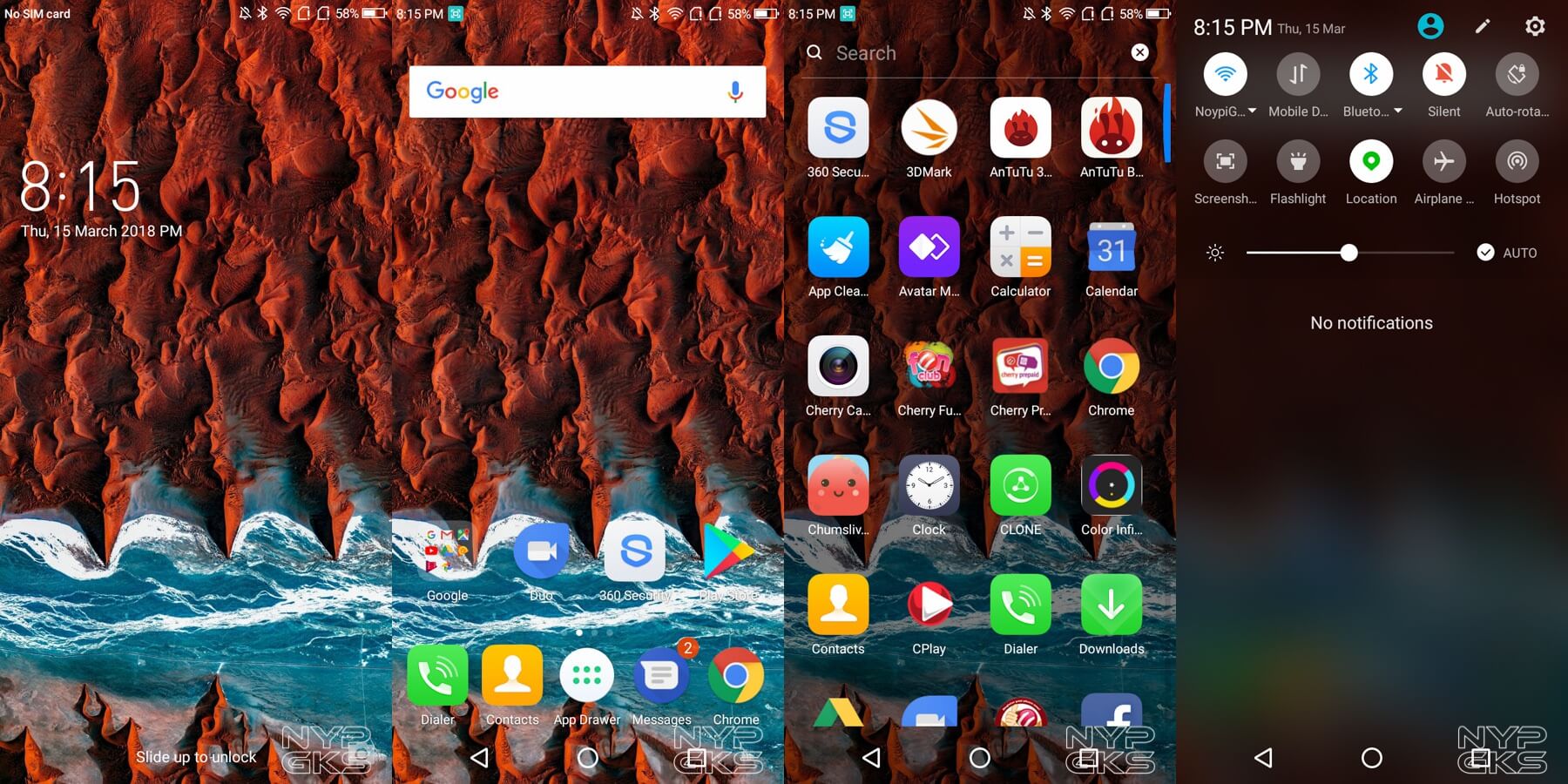 The user interface isn’t the cleanest, streamlined, or even iOS-like interface that we have seen. However, it does do a decent job in trying to improve the experience that the stock Android offers by also concealing the fact that it is running on an older version. 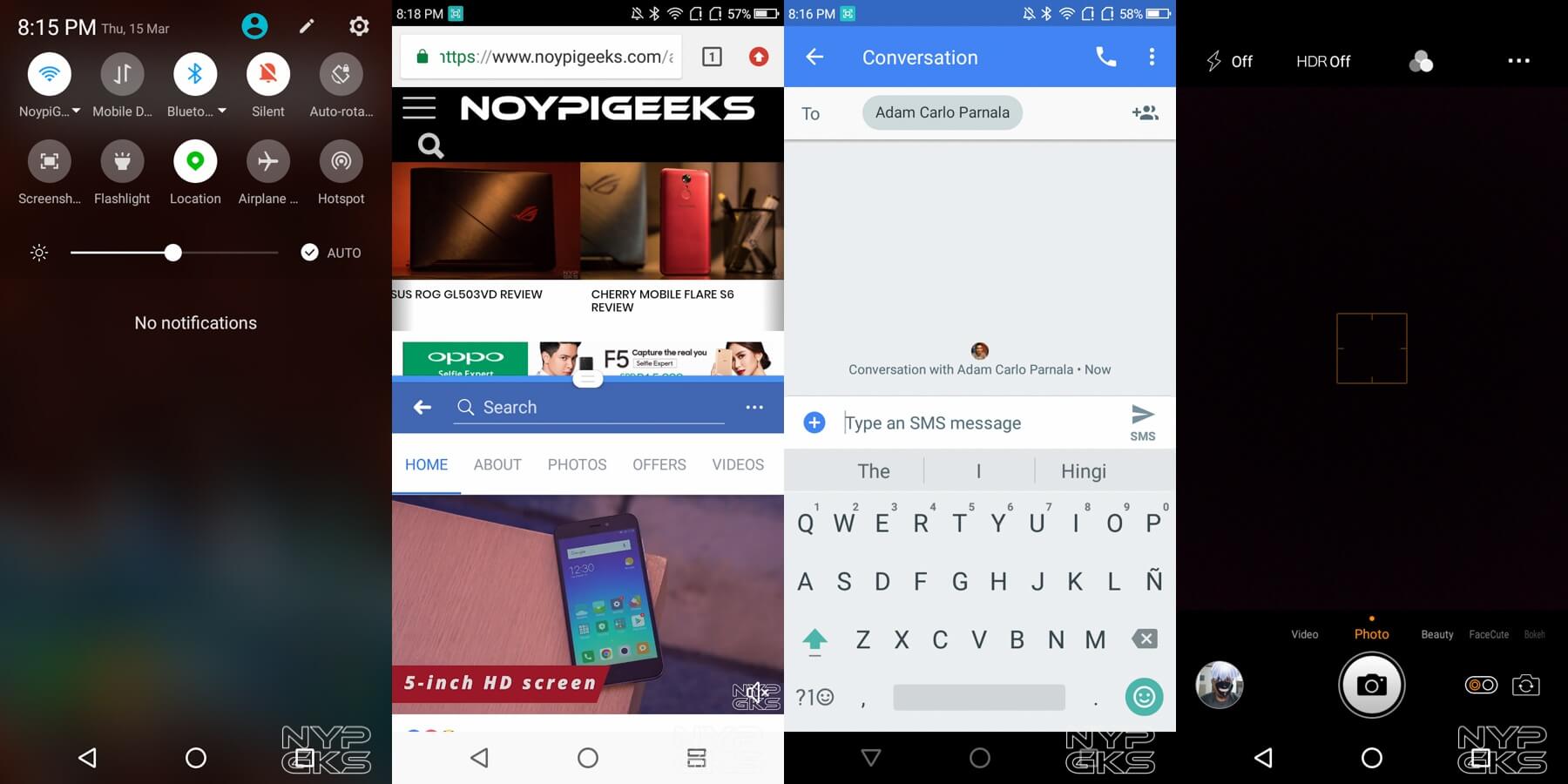 It also comes with several bloatware apps like Cherry Prepaid, Cherry Fun Club, ChumsLive Pro, etc. Thankfully they don’t take up too much space, so I don’t really worry too much if they are not uninstallable.

Probably my only main gripe with the interface is its random pop-up ads, which have been around in Cherry Mobile phones way before the CherryOS interface was introduced. But overall, I’m pretty satisfied with the Flare S6 Plus’s software. I still don’t think that using a custom interface is a smart idea, considering how it could potentially affect the performance. But based on my time with it, I never considered it as a real deal-breaker.

The Flare S6 Plus might not have the best screen, build quality, or the most updated software for the price, but at least it has a quad-camera setup. This phone has a 16-megapixel and 5-megapixel cameras found on both the front and back. 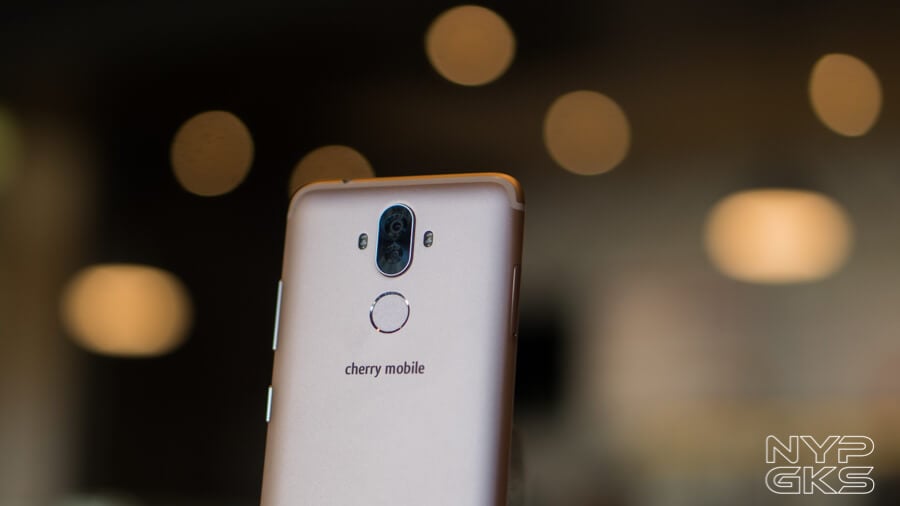 Personally, I think using a dedicated camera just for the Bokeh feature is not the most practical thing to do. Like, how many people do actually use this feature? Or at least, how many times would they actually use it until the novelty fades?

Having these extra cameras would have been forgivable if it works well. As per my testing, the cameras can indeed separate the foreground from the background decently. But for this price, I think the Flare S6 would be better off having a sharper screen or even a slightly better processor.

The primary camera of the Flare S6 Plus can take decent pictures. The colors are acceptable, although it’s slightly washed out. The contrast is a bit on the low side, while the dynamic range is unsurprisingly bad but can be tolerable when you enable HDR.

Moreover, the camera app is filled with novelty features. Other than the Bokeh mode, it also has FaceCute mode which adds Snapchat-like features. And of course, there’s the standard-issue Beauty mode which does a decent job of whitening and smoothing the skin. However, it is known to make the overall image quality look soft. 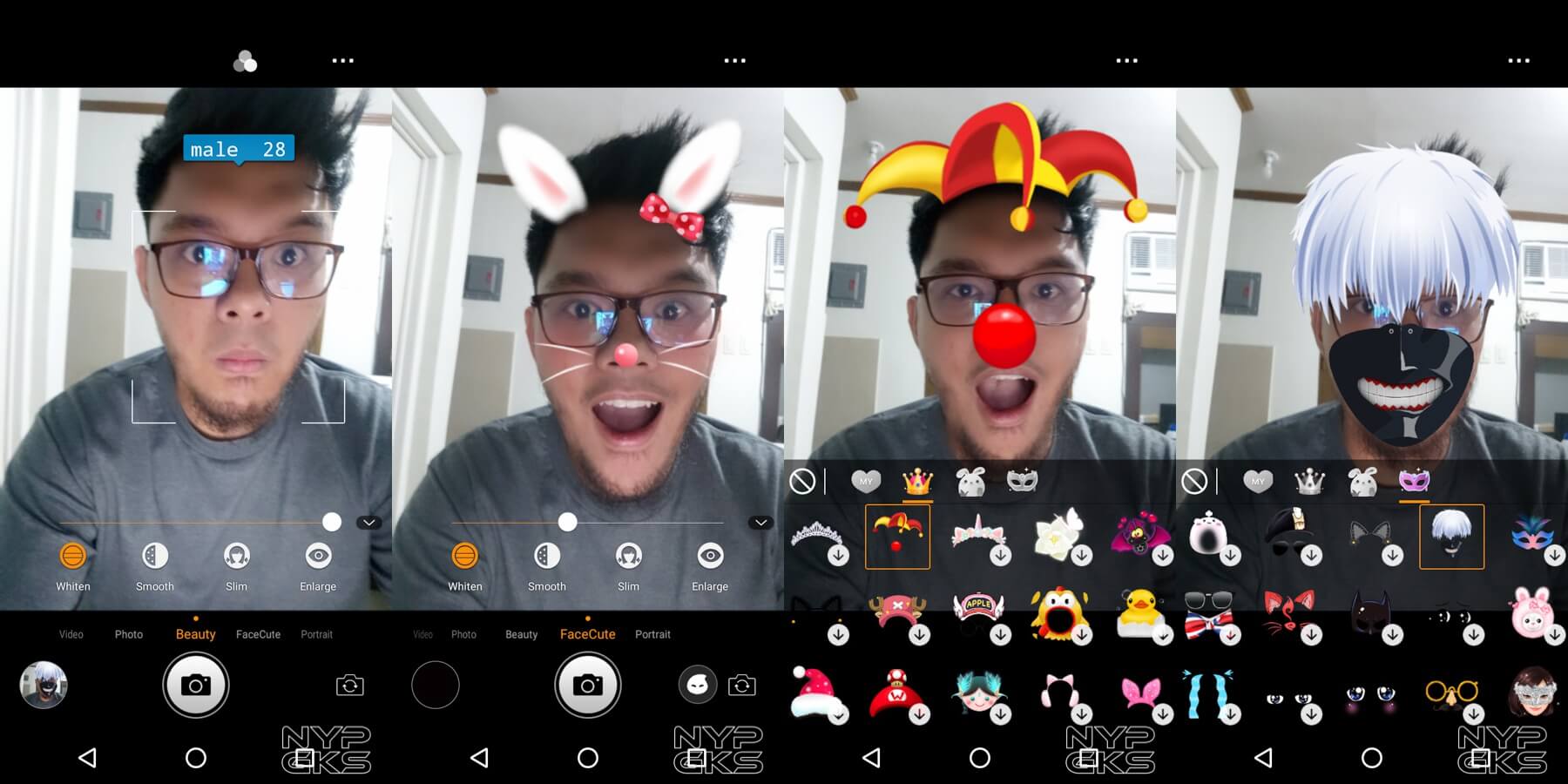 The Cherry Mobile features 4G LTE, WiFi a/b/g/n, GPS, and Bluetooth 4.1. All of these antennas worked well during my tests, although the Bluetooth’s performance was a bit glitchy at times.

I usually play my music over an external Bluetooth speaker. The Flare S6 Plus was able to connect well, although the signal would get easily distorted when being blocked by something.

The Flare S6 Plus also uses a USB Type-C port. It does make the device futureproof, although a lot of people still don’t have easy access to a Type-C cable in case the included one gets broken. The good news is more and more stores are selling this type of cable nowadays, and it’s very easy to buy one.

The Flare S6 Plus is equipped with a 3000mAh battery to power it up. That’s a decent battery capacity for a smartphone, but considering the chipset that it needs to power, we weren’t completely surprised by its average battery performance.

In the PCMark battery test, the Flare S6 Plus only got a score of 5 hours and 23 minutes. That’s on 50% brightness and volume and WiFi turned on to appropriately simulate an average consumer’s day-to-day use. 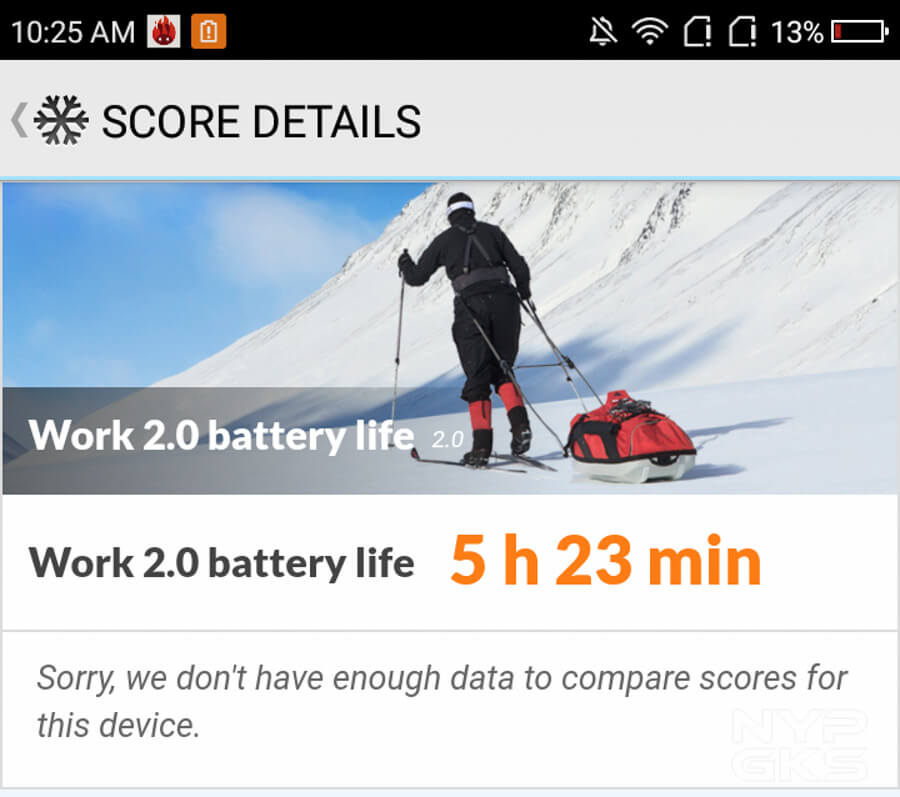 For a perspective, the common score that we usually get is around 8 to 9 hours.

If you’re a moderate user, this handset can last you for a day. But if you do a lot of gaming, watching movies, or browsing the web, then you might want to carry a power bank with you all the time.

The Cherry Mobile Flare S6 is a decent device in its own respect. It has a tall and large screen perfect for reading articles, watching media, or playing games. The quad-camera setup can also take decent pictures, and Cherry Mobile’s move to use their own UI skin is very much appreciated.

However, it’s been greatly overshadowed by the competition, mainly because of its flaws. For one, the processing power is just lackluster. The screen— despite being ginormous — lacks sharpness. And oh, let’s also not forget about the flimsy construction. 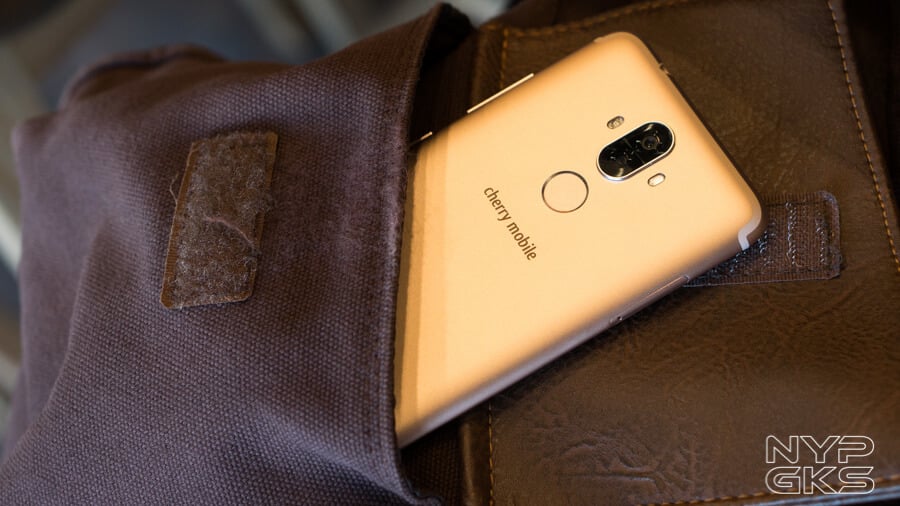 For its price tag, there are a lot of better alternatives out there. For one, there’s the new Huawei Nova 2 Lite, which has a larger screen and a far better design.

Xiaomi also recently launched the Redmi 5 Plus in the Philippines. And it goes without saying that it is going to be a real bang for the buck. Also, note that these two devices are similarly priced with the Flare S6 Plus.

But these devices just came out of nowhere when the Flare S6 Plus was launched. So, we expect Cherry Mobile to do a better job on their next attempt. And as a Filipino brand, we wish them good luck.

Pricing and availability of Flare S6 Plus

You can get the Cherry Mobile Flare S6 Plus for Php9,999 in Cherry Mobile stores, kiosks, and other third-party retailers nationwide.

If you’re interested in Cherry Mobile other products, you might also want to check out the Flare S6 and Flare S6 Selfie. These devices come at a cheaper price of Php3,999 and Php7,999, respectively.