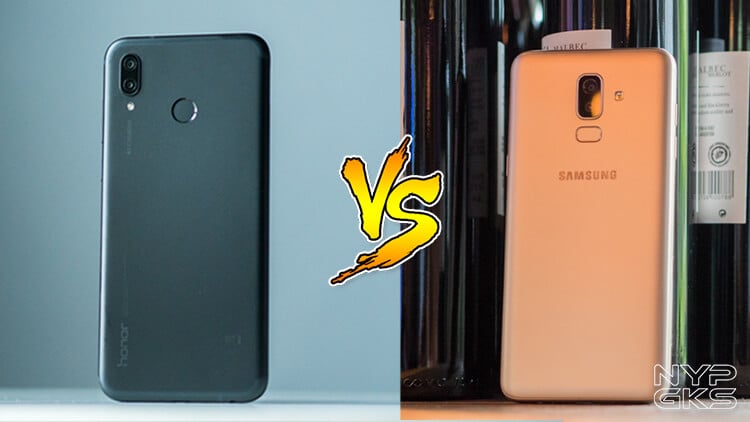 The new Honor Play single-handedly revolutionizes the midrange smartphone market in the Philippines. Despite being in the midrange segment, the device packs some serious punch that almost categorizes it to be a high-end smartphone.

We’re not sure how Honor Philippines was able to do this, but we’re certain that we have stumbled on something really special here.

But how good is the Honor Play, really? Well, let’s try comparing it with one of its main competitors, the Samsung Galaxy J8, a smartphone that’s in the forefront of Samsung’s midrange line-up. I guess we kind of knew what the results would be from the start. As what you’ve seen from the table above, the Samsung Galaxy J8 has been easily defeated by the new Honor Play.

The Honor Play’s most obvious win is in the processor department. Honor was able to put a flagship Kirin 970 processor on this midrange device which is a feat that we rarely see. That, all by itself, is an easy must-buy trigger for this device. But clearly, it didn’t stop there.

Since it has a more powerful processor, the Honor Play also has a better GPU. What’s more interesting is, it comes with GPU Turbo Technology out of the box. So if you’re into mobile gaming, you’d really appreciate this thing. Moreover, Honor’s phone has a better display. The 6.3-inch FHD+ screen on this handset is way superior to the unacceptable 6-inch HD+ screen on the Galaxy J8.

They might have an identical pair of cameras on paper, but there’s no denying that the Honor Play still wins this round. That is all thanks to its AI capabilities. We have tested this feature in a lot of Huawei and Honor devices in the past, and we can safely say that it really works. Lastly, the Honor Play gets a few good extras over the Galaxy J8. There’s the NFC connectivity for those who need it plus a more modern USB Type-C port, and a marginally bigger battery with fast-charging.

To finally wrap it up, going with the Honor Play is the most obvious route here. This smartphone is definitely one of the best, if not the best, midrange smartphone in the market today. On the other hand, the Samsung Galaxy J8 is just an underwhelming smartphone, even when compared to other competing devices around.