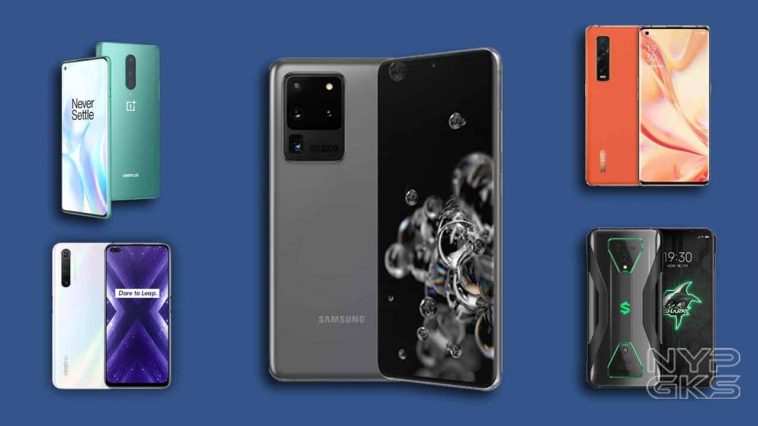 The entire mobile industry has became so advanced that we now have smartphones with a whopping 12GB of RAM.

It feels just like yesterday when smartphones only has 1GB of memory and 8GB of storage. Now, most smartphones’ RAM capacity is much higher than the internal storage of old Android phones. Hence today, we’re bringing you a list of Smartphones with 12GB of RAM that you can get here in the Philippines.

Of course, it goes without saying that these are going to be high-end and flagship smartphones. With that, expect these devices to have other fancy features like ultra-powerful processors, fast displays, multiple camera setups, and ludicrous fast charging support.

So, without further ado, check out the list below and see what device tickles your fancy. We’ll update this round-up as more devices with 12GB of RAM arrive in the Philippines, so make sure you stay tuned.

12GB RAM smartphones in the Philippines

Lenovo’s first gaming phone have made its way to the country. Available in 12GB and 16GB RAM options, the Lenovo Legion Phone Duel comes with an aggressive design, a pop-up camera on the side, 144Hz 6.59-inch screen, Snapdragon 865 Plus CPU, dual rear cameras, and a 5,000mAh battery with 65W fast charger included.

Obviously the most expensive model in the list, the Samsung Galaxy Z Fold 2 features a foldable screen, and unlike its predecessor, a larger outside screen, smaller bezels, and a much improved hinge.

Under the hood, it’s powered by a Snapdragon 865 Plus processor, a 4,5000mAh battery, and 25W fast charging. It has 10-megapixel selfie cameras for both screens, and triple main cameras on the back. We have a full review for you to check out.

One of the cheapest phones in this list, the OnePlus Nord is a midrange phone that managed to have 12GB of RAM for some reason. It’s powered by the reliable Snapdragon 765G CPU with 5G connectivity on board.

The ASUS ROG Phone 3 is now in the Philippines, and it even comes with 16GB of memory.

The Samsung Galaxy Note 20 series have made their way to the Philippines, but only the Note 20 Ultra gets to have 12GB of RAM.

Realme Philippines’ first flagship phone in the Philippines is also one of the cheapest on this list. The Realme X3 SuperZoom featured a periscope-style telephoto lens, a Snapdragon 855 Plus processor, 120Hz screen, and a 30W fast charger. Get it for only Php24,990

Here we have OPPO’s first flagship phone for 2020. The OPPO Find X2 Pro is complete with all the standard high-end features you’re looking for on a premium phone. It has a smooth 6.7-inch 120Hz refresh rate, Snapdragon 865 octa-core processor, quad-cameras with periscope lens, and a 65W fast charger. You can get it tons of OPPO stores both online and offline with a price of Php65,990.

Here we have two gaming phones from Xiaomi. Both the Black Shark 3 and 3 Pro comes with Snapdragon 865 5G processor, aggressive for-gamers design, smooth 90Hz refresh rate, up to 5,000mAh battery, and 65W fast charging. The Pro model comes with a larger 7.1-inch screen and two shoulder trigger buttons. Both devices are available in Xiaomi Authorized stores and through their online retail outlets.

The Xiaomi Black Shark 2 Pro came in the Philippines with all its for-gamers glory. It was powered by a Snapdragon 855 Plus processor, 6.39-inch FHD+ AMOLED screen, a large 4,000mAh battery, and triple rear cameras.

The Samsung Galaxy S10 Plus didn’t only had 12GB of RAM but also came with a whopping 1TB of internal storage. The rest of the specs include an Exynos 9820 processor, 6.4-inch WQHD+ screen, 4,100mAh battery with reverse wireless charging, stereo speakers, and triple cameras on the back.

The Samsung Galaxy Fold arrived with a large foldable screen and a ludicrous price tag. It’s powered by a flagship Exynos processor and a bunch of cameras. There are three shooters on the back, one on the outside display, and two more on the primary screen. If you have Php109,990 to spare, it should still be available in select Samsung stores nationwide.

Here’s one from an underrated brand. Both the OnePlus 8 and 8 Pro arrived in the country with a Snapdragon 865 processor, up to a 6.8-inch 120Hz screen, 4,510mAh battery with Warp Charge 30T charging, and quad cameras on the back. They are available online and through its official Philippine distributor, Digital Walker.