2019 was the year when a custom mod based on the popular MOBA title, DOTA 2, was released in public. Dubbed simply as “Auto Chess,” it’s the community’s attempt at recreating DOTA 2—or simplifying its gameplay—with almost, if not the same, level of amusement that players get with the actual game.

With a little bit of inspiration from chess, the mod mimics the chessboard as the platform for combat but sans the actual mechanics of a bona fide chess game. Its creation subsequently gave birth to a genre which the community itself calls “autobattlers” due to its more simplified gameplay of the MOBA.

In as much as the original DOTA was a mod of Blizzard’s pop RTS title, Warcraft 3, Auto Chess uses DOTA 2’s resources to re-create a world where players are pitted against other players—as much as 8 players in any play session—using familiar characters from the said game.

The popularity of Auto Chess soared heights since its initial launch back in January, reaching millions of players at any given time. But there is a problem, particularly for Valve—the mod is not their creation. It’s a community project developed specifically by a team of developers called Drodo Studio.

To circumvent this issue, Valve—the maker of DOTA 2—themselves made their own version of Auto Chess which they call DOTA Underlords.

What is DOTA Underlords?

Also called simply as “Underlords,” DOTA Underlords is technically a “turn-based strategy game” created by Valve. Apart from being the developer for DOTA 2, Valve is also the same company responsible for the creation of the Half-Life series as well as the owner of Steam, one of PC’s most prominent digital storefront.

Like the concept of chess and DOTA 2, the goal of the game is to topple opponents in a play of “strategy” involving customary figures from the latter’s War Craft-derived universe.

How can I play this game?

There are a few options for interested players to enjoy this game—mobile (iOS and Android) or using the traditional computer.

For players who like to play outdoors or while on-the-go, the mobile version’s touchscreen-oriented design offers a unique experience that players on the traditional personal computer might not get.

However, as an added feature to the latter, PC players also have the option to toggle the setting to “mobile mode” which mimics the interface seen from the mobile version. 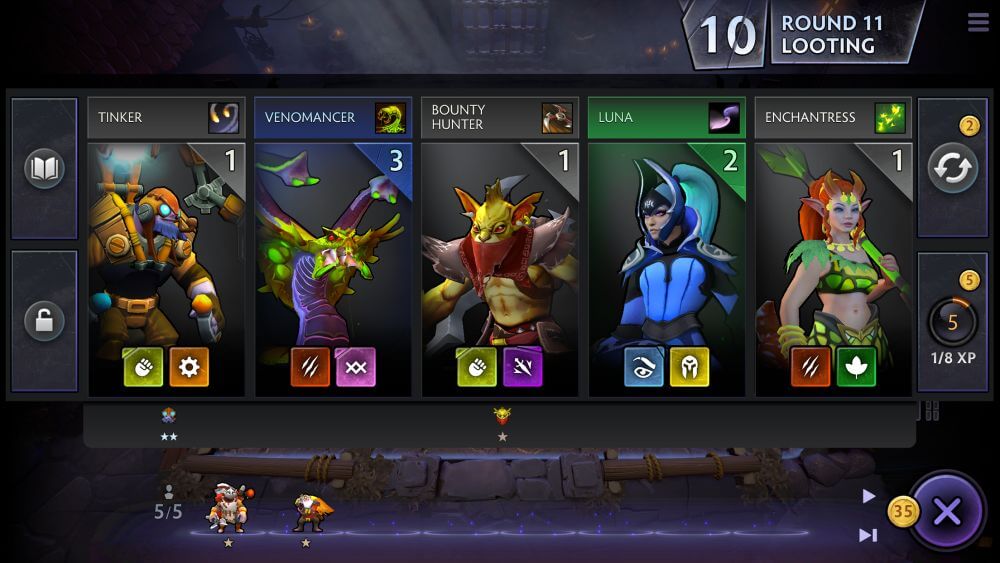 When will Underlords be released?

The DOTA Underlords had already had its launch back in June 20, 2019, albeit as a beta, making it close two weeks today after release.

Is it still in beta stage, then?

At the moment, yes.

When is it going to go out of beta?

Right now, there is not an official statement from Valve regarding a definite date when the game will reach the post-beta stage. It is, however, likely that the advancement in the game’s development is likely to take place in the “coming months” which will be in line with Season 1 launch.

Will it have “seasons,” then?

With a rumor going around involving the game’s undetermined Season 1 release, it is likely logical to presume that succeeding season launches are to be made for the game. This is, granted the game maintains success over time.

How does Underlords work?

Essentially a “clone” of Auto Chess, DOTA Underlords share close semblance with the mod in terms of gameplay. But while there are similarities, they are also differentiated in certain facets that make the two substantially diverse as a game.

How the game works is that it requires 8 players, each with his own chosen hero, and are pitted against one another in a 1-to-1 combat. Each opposing side has half of the overall 8×8 grid—meaning, the 4×8 grid—to use at their disposal to where their heroes are placed. 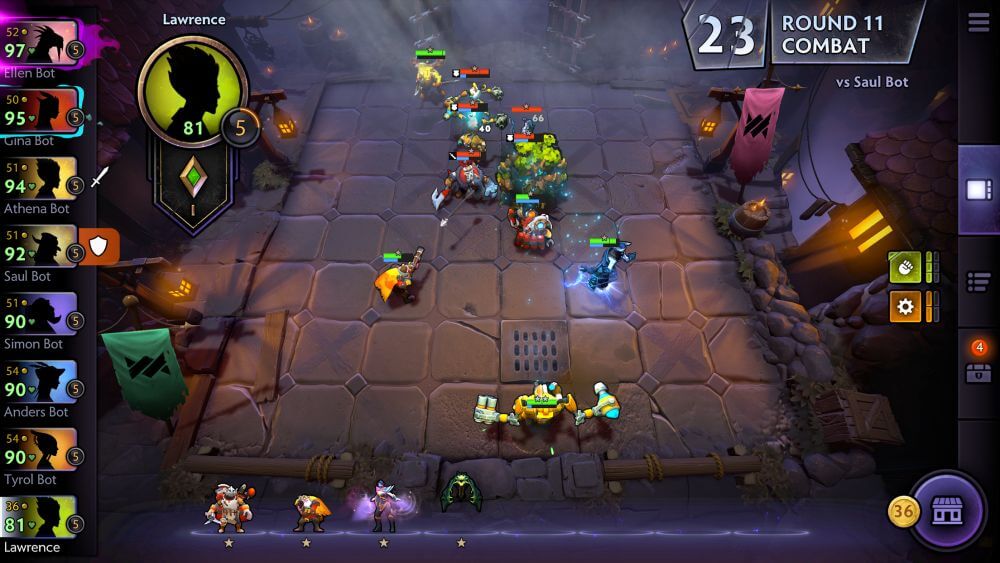 While the game may tout itself as “turn-based strategy,” there is also a simulation aspect to the game in that players are limited actions that can render win or defeat in the game.

For instance, once each player has placed their combat unit in the field, the battle takes place automatically. Who wins and who loses may seem random, but there are underlying mechanics which determines which is the likely winning team and which is the one to likely lose.

But like most games that share the nature of this genre, those who do understand the mechanics—especially the fundamentals—and paired with random luck, often win.

DOTA Underlords, much like two of Valve’s other games, namely Team Fortress and DOTA 2, are slated to be free-to-play without any in-game purchases. However, there is a caveat to this notion—knowing Valve, there might be in-app purchases, like items and aesthetics, in the game in the future once it has stuck its roots.

While the base game itself may be relatively played for free, future season upgrades might prompt players to make pertinent purchases of season passes to avail of the improvement package.

But, then again, there are no official words about these topics. So, for now, we are mostly only guessing based on available information. 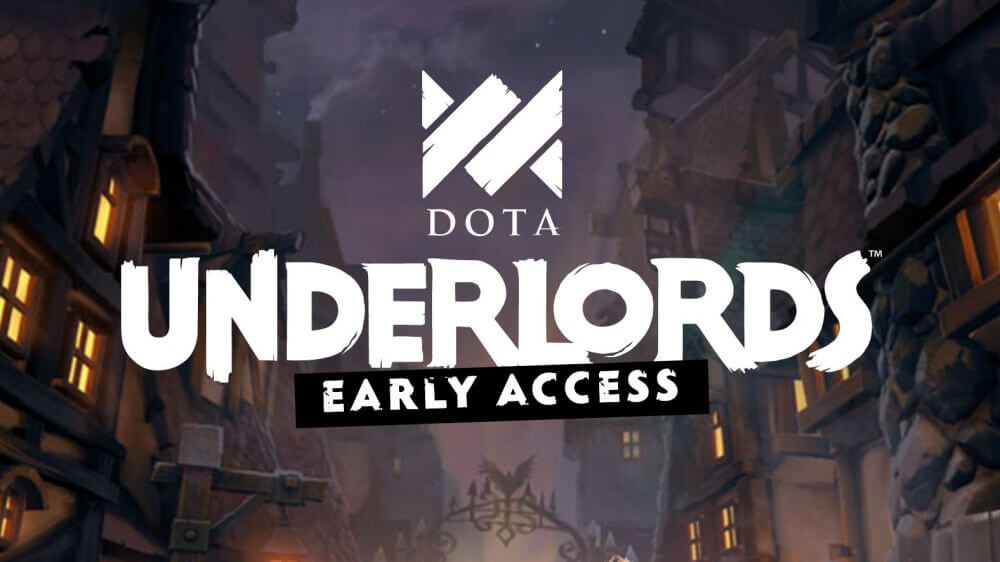 How is DOTA Underlords different from Auto Chess?

We got to give Auto Chess a lot of merit for its popularity and the subsequent development of DOTA Underlords. But the two are not necessarily the same game, if not in gameplay concept.

Perhaps one of the major disparities between the two games is that of their corresponding learning curve which, to a beginner’s perspective, makes DOTA Underlords relatively easier to learn. Valve literally made some massive upgrade over Auto Chess in this aspect, making its own game substantially easier to pick up as given by a user-friendly interface and accessible information, as well as the inclusion of a tutorial.

Then, there is also deviation for DOTA Underlords from Auto Chess, too, which is obviously the naming of each alliance.