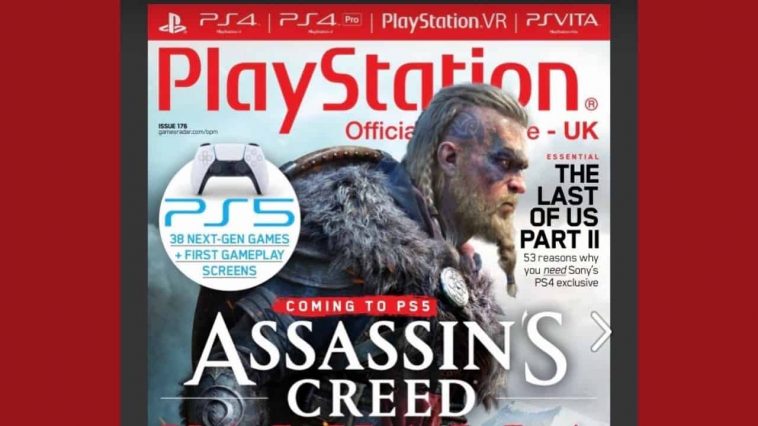 After a recent announcement that the next Official PlayStation Magazine is going to make a great revelation regarding a list of games in development for the PS5, a digital version of the said issue has leaked, revealing tons of information about the topic.

Unfortunately, the PlayStation 5 scheduled on the 4th of June has been postponed amid the on-going conflict around the world. Sony says that are more “important voices to be heard” at the moment.

One need not have to flip a page to see what PlayStation Magazine is hinting when it made its previous announcement. In all caps, the front cover piques attention for highlighting a specific number of titles bound for the PlayStation 5—a total of 38, specifically, and comes with their own corresponding gameplay snapshots.

However, seeing the actual list in their full glory is indeed the meat of the leak that displays a long list, some of which we’ve already known while some rather new. Others are simply port of pre-existing titles to the console once it releases.

Yet, while it is fascinating to see how enthusiastic developers are in bringing their art to the Sony PlayStation 5, a good number of the titles in the list are not exactly the games that will coincide PS5’s release—not even a year or two after.