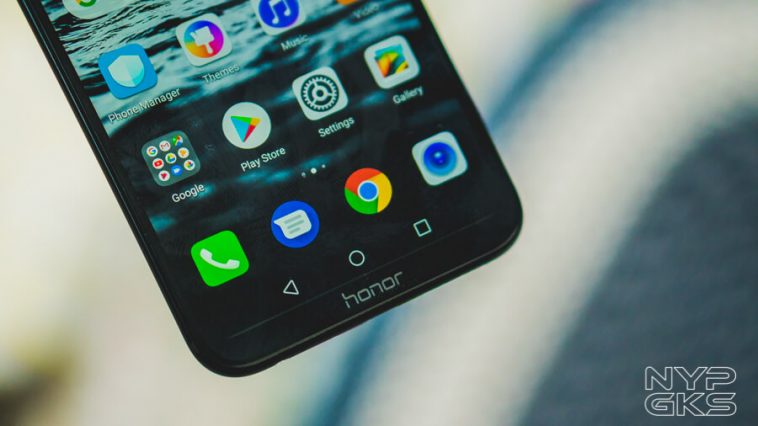 Honor managed to shake the entire Philippine smartphone market when they announced the official pricing of the Honor Play yesterday.

The midrange segment is pretty competitive because a lot of companies are focusing their resources to capture that market as it has the most potential. For the last couple of months, it’s been a relatively close fight between OPPO, Vivo, Huawei, Samsung, and Xiaomi.

But once Honor Philippines makes the Honor Play available for purchase, things will be different. The phone is quickly gaining traction online and the news about its price spread like wildfire. In fact, some consumers who bought the Nova 3i are even having buyer’s remorse for not waiting for the Play. As the name suggests, the Honor Play is meant to cater to mobile gamers who are on a budget. Gaming-centric smartphones usually have over the top prices, so the Honor Play is here to bridge the gap in between.

At first glance, the Honor Play looks just like any other modern smartphone out there. But instead of glass, it’s got the older metal build with matte black finish. In front, the Honor Play is more up to date with its tall 19.5:9 aspect ratio and screen notch. The fingerprint scanner is located on the back together with the 16-megapixel + 2-megapixel dual rear cameras with phase detection autofocus and LED flash.

The display of the Honor Play is top notch, at least for its category. At 6.3-inches, it’s one of the biggest you can get at this price point. The Full HD+ resolution and ~409 pixel density are standards in the midrange arena and the Honor Play was able to easily meet these requirements. Color accuracy and sunlight legibility are great and there’s not much color shifting even when viewed from an angle. On the inside, the Honor Play is equipped with the octa-core HiSilicon Kirin 970 chipset running at its core. It’s accompanied by a Mali-G72 MP12 GPU and 4GB of RAM as well, components which are normally found on high-end devices.

Typical smartphones tasks unsurprisingly run quite well, while playing games are very enjoyable as well. In our short time with it, there are no noticeable hiccups and issues regarding performance. Launching apps and moving in between them is smooth, without much delay in the response time. Playing PUBG Mobile and Mobile Legends on maxed out settings is possible especially with the presence of the GPU Turbo technology embedded within the Honor Play. Temperatures don’t get too high and it stays cool even when under heavy load, which we really appreciate as other smartphones heat up when used in gaming for over 20 minutes. While it’s essentially a gaming smartphone, some corners need to be cut to get to a price tag this low. The cameras aren’t very impressive per se, but the Artificial Intelligence (AI) enhancements make it good enough for casual photography and social media posting. Augmented Reality (AR) effects are also available so users could enjoy using fun and quirky filters in their photos.

The software side of things is handled by Android 8.1 Oreo skinned with EMUI 8.1. Nothing new here and it’s basically the same operating system running on other Honor and Huawei smartphones. We’ll discuss more about it in detail once we spend more time with it. During our tests, the battery life of the Honor Play is amazing and it was able to last long hours of gaming. However, our review unit didn’t come with a charger in the box so we can’t confirm if it supports fast-charging or not. We tried using the Huawei P20 Pro’s Super Charger but it didn’t show any quick charging indicators. We’re not sure if it needs its own charger or it’s limited in the software. We’ll get in touch with Honor PH to confirm this and we’ll update this article once we get a word.

Of all the good features of the Honor Play, it’s probably the flagship-level processor that stands out the most. It’s not every day that we get to see something like it, as manufacturers usually put midrange chipsets on midrange smartphones. There’s no denying that in terms of specs, Honor Play is second to none in the under Php20,000 market. Don’t let that ‘Play’ name fool you, as it’s more than just a gaming smartphone because it has all the bases covered. We still have to evaluate it further to give it a more thorough assessment, but so far, we are very impressed.

The Honor Play has a price of Php15,990 and it will be available in Shopee, Lazada, and authorized Honor retail stores nationwide beginning the 13th of August. Those who will pre-order will also get a free JBL Clip 2 Bluetooth speaker worth Php3,099.