Every country has its major networks which its citizens turn to for their daily online activities. In the Philippines, two of these networks go by the name of PLDT and its subsidiary, Smart. Apparently, they are ranked as the country’s best performing networks in the year 2019.

Make no mistake about it, Philippine Long Distance Telephone (PLDT) and Smart Communications Inc. are recognized  as the country’s fastest fixed and mobile internet networks once again. This was reported by Ookla—the popular Global Broadband Speedtest—after conducting a speedtest on the said networks, covering the second half of 2019 (Q3 to Q4).

According to their analysis, Smart resulted in a Speed Score of 18.13 with average download speeds of 20.42Mbps and average upload speeds of 9.87Mbps. This was based on 1,233,401 user-initiated examinations on LTE-enabled devices.

RELATED:  How to Register to SMART Promos 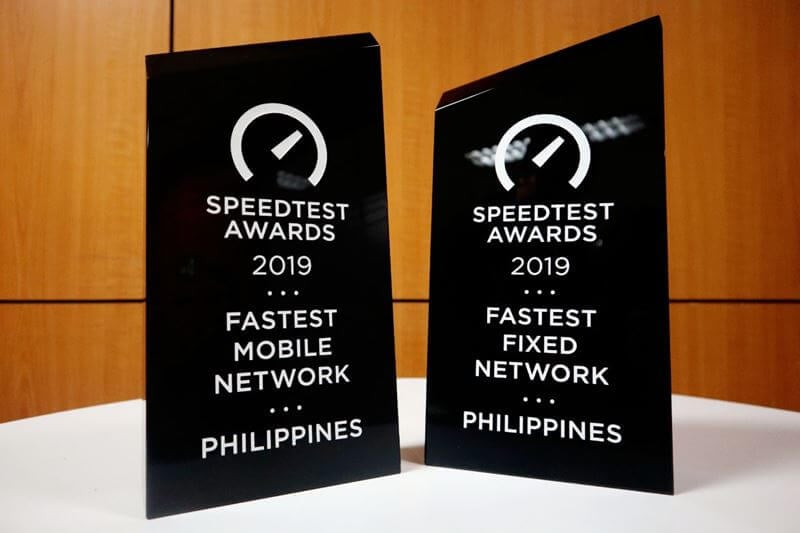 Now, Smart is the top network choice for areas which includes Quezon City, Makati and Manila, but PLDT goes way ahead in Cebu City and Cagayan De Oro.

Umlaut, a Germany-based global benchmarking company, also praised Smart last October 2019 with the Best in Test award. They remarked that it had the best and widest 4G/LTE coverage, and the fastest upload and download speeds. Umlaut also recognizes that the said network performed well during the 30th Southeast Asian Games.

Let us not deny the fact that everywhere you turn, people seem to be buried on their smartphones and other devices. To confirm your thoughts, Digital 2020 reported that the Philippines, once more, tops global rankings when it comes to the average time spend on the internet.

PLDT and Smart are on the top of their games, marking the country’s standards for network speed. This may also contribute to the fact we are the world’s top internet users. Last December, PLDT surprised its loyal subscribers with free upgrades and Speed Boost of up to 2X their original speed.

Where there is fast WiFi connection, it completes our day. What do you think about Ookla’s choice of the best networks in our country? What about our daily internet habits? You can let us know your reactions on the comment section below.