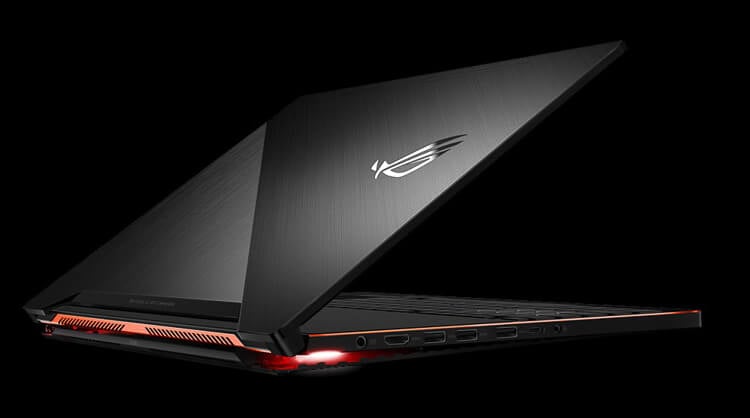 Gaming laptops have the stigma of being ugly. These powerful machines are inevitably bulky due to the monstrous hardware inside them. Thankfully, NVIDIA’s Max-Q technology is here to finally address the issue. The new ASUS ROG Zephyrus is one of the first gaming notebooks to feature it.

Unlike the traditional high-powered laptops, Max-Q-powered machines are unbelievably light and thin. Sure, the Razer Blade already came first in this category but NVIDIA wants to make it a standard to other manufacturer’s products. And one of these products is the ROG Zephyrus. The ASUS ROG Zephyrus is only 17.9mm thick, which is really close to MacBook’s 14.9mm profile. This new ROG laptop also has a powerful NVIDIA GTX 1080 inside while maintaining its sleek design.

There’s also a 7th-Gen Intel Core i7-7700HQ processor as the main brain. We also have 16GB of RAM to back it up, and a 256GB/512GB or 1TB SSD storage variants. The 120Hz Full HD display with G-Sync can really utilize all of its processing and graphics power.

Now we head to the trickiest part — the cooling solution. Sure, it’s easy to cram in a lot of powerful hardware inside the ASUS ROG Zephyrus. But everything will be pointless without good airflow. Hence, the company is introducing the Active Aerodynamic System. Opening the lid would drop the notebook’s underside, revealing an exhaust vent and raises the laptop at a slight angle. The company claims that this setup improves the airflow by 20%.

Other than the exciting power feats of the ASUS ROG Zephyrus, it also has a sleek design. It sure still has that gamer look, but the aesthetics of this one is a bit refreshing and elegant-looking. The brushed metal look at the lid and the gold accent of the fans and the ROG logo really caught my attention. The front-facing vents are a design choice common to this breed like the Acer Predator Triton 700 and the MSI GT75VR. The keyboard is also conveniently positioned at the front, closest to the user. while the empty space on top of it encases the both the processor and the GPU. This prevents the user from feeling high temps as it goes. Beside the keyboard is the trackpad that doubles as a virtual numpad.