During its official launch last week, Samsung Galaxy Z Flip‘s “Ultra Thin Glass” made waves because it’s supposed to be a true technological breakthrough. That’s because every other foldable screen before it used plastic instead of glass.

Although the ultra thin label is a dead giveaway that it’s fragile, we really hoped that it could hold up for at least a year or two. Unforuntately, that’s not the case as revealed by JerryRigEverything’s video.

Based on the test, it’s clear that the Galaxy Z Flip is way more fragile than traditional glass displays from other smartphones as it started showing scratches and permanent marks too quickly. If you’re familiar with the YouTuber’s test, you’d know that modern devices get scratches beginning level 6 and above. 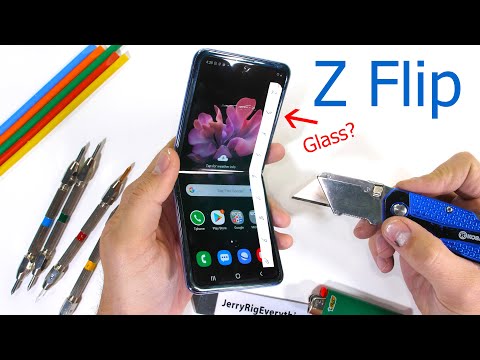 But in the case of the Samsung Galaxy Z Flip, damage is already apparent since level 2. By level 3, it has showed even more significant and unbearable damage. JerryRigEverything also notes that “this screen is in no way scratch resistant whatsoever,” before the video ends.

In a statement sent to The Verge, Samsung clarified that its “first-of-its-kind UTG technology” is different compared to previous generations used on older flagship Galaxy devices. Like the Galaxy Fold, the Samsung Galaxy Z Flip includes a protective layer on the top. Whether this is the one damaged or the glass itself, we really don’t know but it’s very likely to be the plastic layer.

Z Flip buyers will receive a free specialized screen protector specifically tailored for the device. In case the screen breaks, Samsung will replace the display for $119.