The hype surrounding the upcoming Android 10 Q update is starting to build up.

Google’s new Android Q operating system is now out for beta testing. It will have new features like a baked-in dark mode and screen recording, improved gesture controls, better security and privacy, and much more. 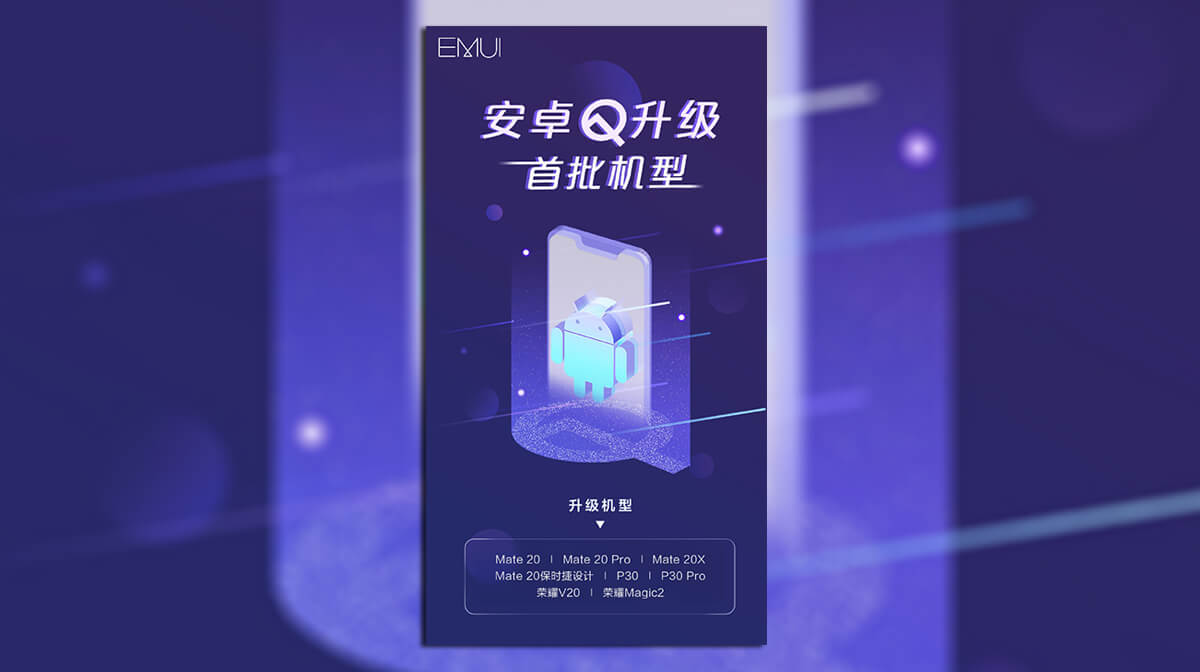 While the update is great news for everyone in the Android space, this latest news will appeal more to some Huawei and Honor users as they are some of the firsts to get it.

The declaration was made through EMUI’s official Weibo page. It’s said that after Google’s own Pixel phones get updated to Android Q, select flagship Huawei and Honor smartphones will be immediately next in line.

Huawei and Honor smartphones to get Android Q update

As of the moment, only flagship devices are confirmed to get it. But since the Huawei and Honor have already laid the groundwork of incorporating the new Android update to their own EMUI interface, we shall expect the update to arrive in their midrange and other budget-friendly offerings very soon, too.

Huawei and Honor are the first to make the announcement. We shall expect to hear from other OEMs about their Android Q update plan in the next few days. So stay tuned for that.