Taiwanese chipmaker MediaTek is making a name for itself by developing the world’s first true octa-core processor. Slated to be released later this year, the chipset is expected to power devices twice as fast as existing hardware for mobile processing.

One may point out that Samsung already released the Exynos 5 Octa, a mobile processor with eight cores that’s found on their Galaxy S4. Motorola also had its own take on octa-core processing by revealing the X8 Computing System. Neither of these solutions, however, are true octa-cores. In other words, they cannot utilize all eight cores simultaneously. 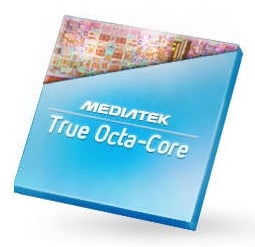 To make things even clearer, the Exynos processor comes with four cores designed to handle extensive loads. But when processing doesn’t need to be so demanding, that’s where another four cores come in. Only one of the four-core clusters is used at any one time. The X8 Computing System, on the other hand, comes with several cores but are designed for specific functionalities, such as graphics, sensors, and language processing.

MediaTek’s offering claims to be the real deal in eight-core computing. While the company has yet to announce the official specs, rumor has it that the processor is clocked at 2GHz. Translation? Faster web browsing, improved gaming, smoother UI, and more.