PLDT Home WiFi, a prepaid home internet service that’s powered by Smart LTE, was just hailed as the fastest in its class here in the Philippines.

The award was given by Ookla, the leading internet testing company that’s behind the popular SpeedTest app. Smart LTE, the network that’ powering the PLDT Home WiFi service, achieved a Speed Score of 17.07. That’s a big lead over the 10.05 score that its major competitor got — Globe Telecom. 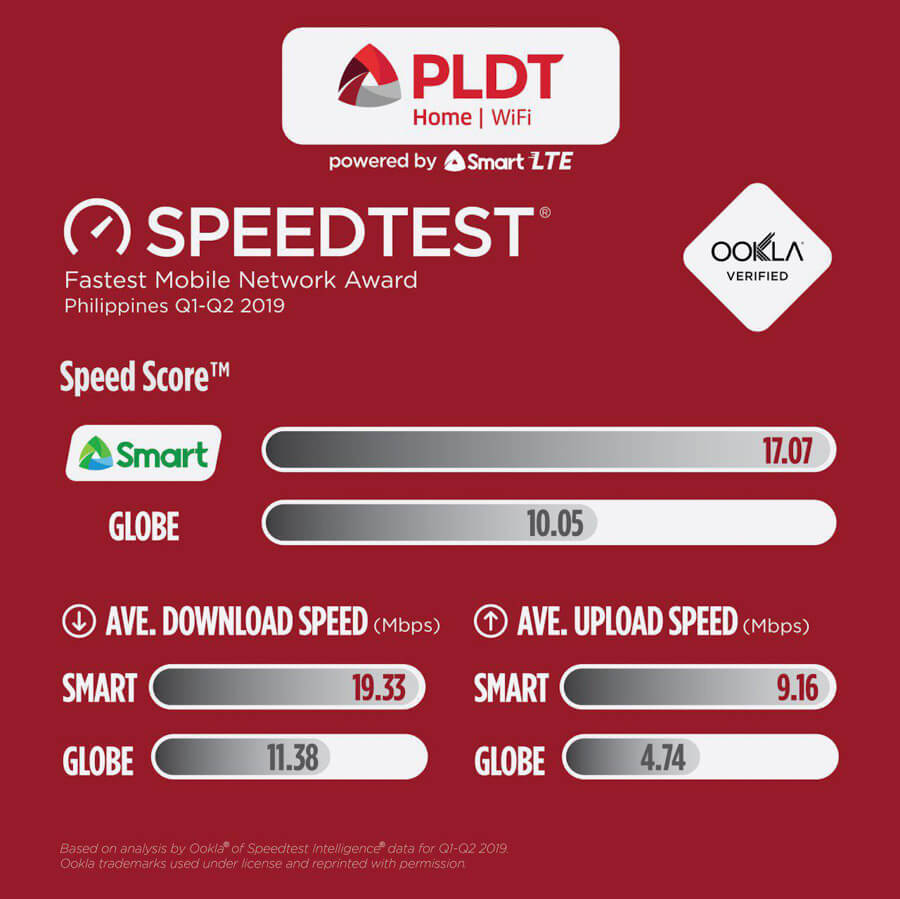 The PLDT Home WiFi provides flexibility to families who don’t want to commit to a full monthly internet plan. Since it’s a prepaid service, you’d only be paying for the internet that you use, whenever you need it.