OPPO’s new sub-brand released their very first smartphone just a few months back. But apparently, the company is already preparing a follow-up.

The story of the RealMe 2 might be identical to the new OPPO F9. Just like the RealMe 1, the OPPO F7 was also only a few months old before it already got a successor.

Its official release date is yet to be known, however, an official render of the RealMe 2 did show up in the company’s website. This gave us a quick look at some of the changes that this device has over its predecessor. 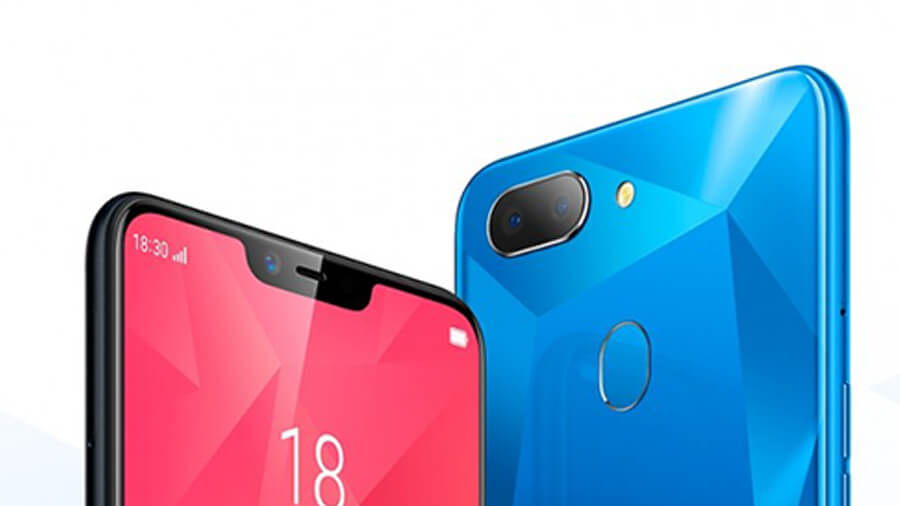 There’s the display notch on top and a fingerprint scanner on the back. Both of which are not present on the previous model.

Just like what the RealMe 1 is to the OPPO F7, the RealMe 2 is pretty much the cheaper version of the OPPO F9, which is why it also ffeature dual cameras on the back.

But obviously, the RealMe 2 didn’t have some of the aesthetic changes that the F9 has. The display notch is much thicker on this one, and the geometric shapes on the back were not replaced by the petal-like pattern on the F9.

However, we do expect them to come with an identical set of specs. Since some of the F9’s hardware can be also spotted to the RealMe 1, anyway.

With that, the RealMe 2 might come with the trusty MediaTek Helio P60 octa-core processor, with up to 6GB of RAM, and up to 128GB of storage. The display should also be at least 6-inches with an FHD+ resolution.

But due to RealMe’s budget-friendly nature, this new one might not have the VOOC fast-charging capability of the OPPO F9. The cameras should also remain at 8-megapixel (front) and 13-megapixel (rear), just like its from the predecessor. The extra new one should only be at 2-megapixel for depth-sensing.

OPPO is yet to announce the official launch date of this device, but we can definitely expect to hear a word from them really soon.