Contrary to previous leaks, it looks like Xiaomi will be ditching the Mi 7 and will head straight to the Mi 8 as a celebration of the company’s eighth-year of existence.

It might be named differently, but the rumors regarding this Xiaomi Mi 8 is still the same as before. Reports suggest that Xiaomi’s upcoming flagship device will have a 6.01-inch display with a notch on top.

But unlike what other Android manufacturers are doing, the Mi 8 will take it a step further by actually putting a 3D face scanner on the notch — just like what Apple did with the iPhone X. Depending on how well it works, this could help make the annoying notch bearable.

The Xiaomi Mi 8 is also expected to sport one of the best mobile chipsets around — the Qualcomm Snapdragon 845. It’s not surprising, though, as Xiaomi CEO Lei Jun has already confirmed it the latter part of 2017.

Rumors also suggest that the Mi 8 will come with an under-display fingerprint scanner — a technology that’s already proven working on devices like the Vivo X21 UD. A dual-camera setup on the back will also be inevitable which we expect to be bombarded with AI-powered features. 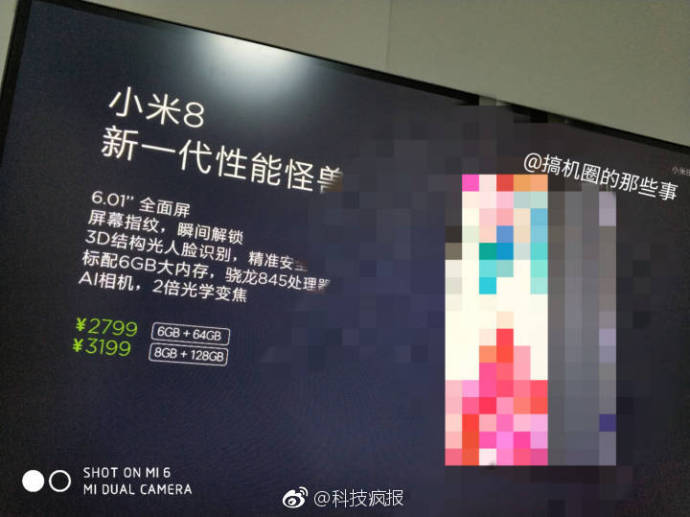 The Xiaomi Mi 8 is expected to be unveiled on May 31.