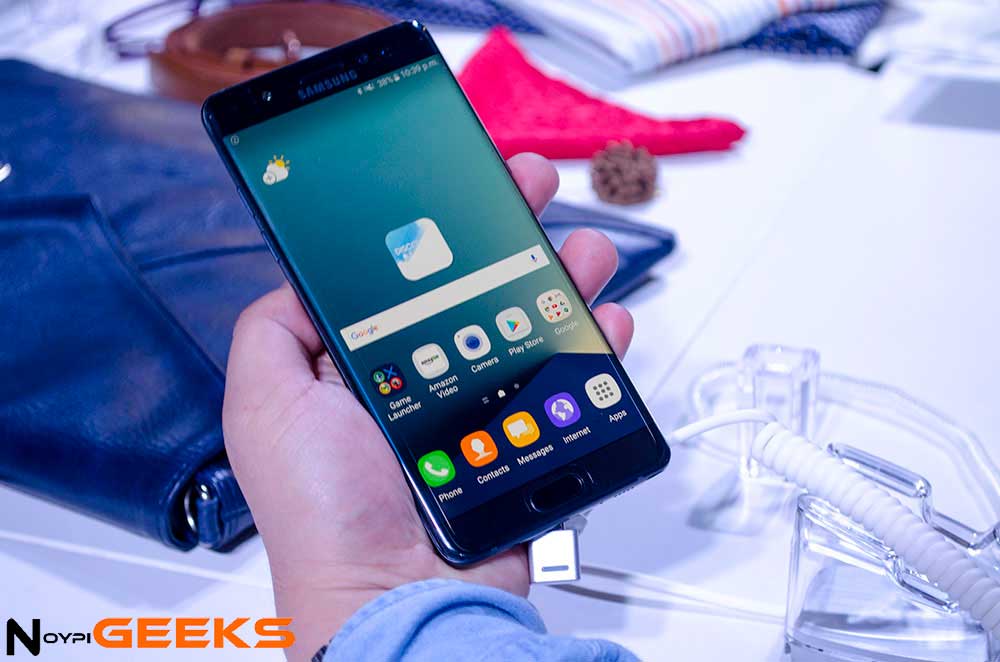 We have reported earlier that Samsung will be bringing back the “explosive” Galaxy Note 7. The said redesigned version of the used to be well-acclaimed device will now be called the Galaxy Note 7R, and the R appropriately stands for “Refurbished”.

This new refurbished Galaxy Note 7 will be having a safer but slightly smaller battery. Instead of the ambitious 3500mAh battery that’s inside its sleek 5.7-inch body, it will now only have 3200mAh. There’s still gonna be a 3500mAh variant but now with a modified small-volume battery.

Reviving the controversial phablet is a good move. Despite the battery issue, the Samsung Galaxy Note 7 was still an overall impressive smartphone. It had one of the most striking displays on any device with its 5.7-inch AMOLED QHD display. The Note 7 also has a powerful processor and has one of the most capable smartphone cameras in the industry.

But probably one of the most talked about feature of the Samsung Galaxy Note 7 was its design. The handset was large on paper, but it felt really elegant and beautiful in the hands. The company packed a lot of heavy hardware in its sophisticated design that it literally explode.

With that said, the company releasing the Samsung Galaxy Note 7R is just good news. And I believe Samsung already did their homework by figuring out what really caused the Note7 fiasco. Thus, assuring us that it won’t happen again the refurbished iteration. To avoid confusion, the Samsung Galaxy Note 7R can be distinguished by the letter “R” that is printed at the bottom part of the back of the device. Based on the online listing in China, the new Samsung Galaxy Note 7R will be available for CNY3,599 (~Php26,000) to CNY3,999 (~Php29,000). Although the prices are still relatively steep, it is still way cheaper than the original Php39,990 retail price  (same price as the S8)of the device when it was first made available in the Philippines.