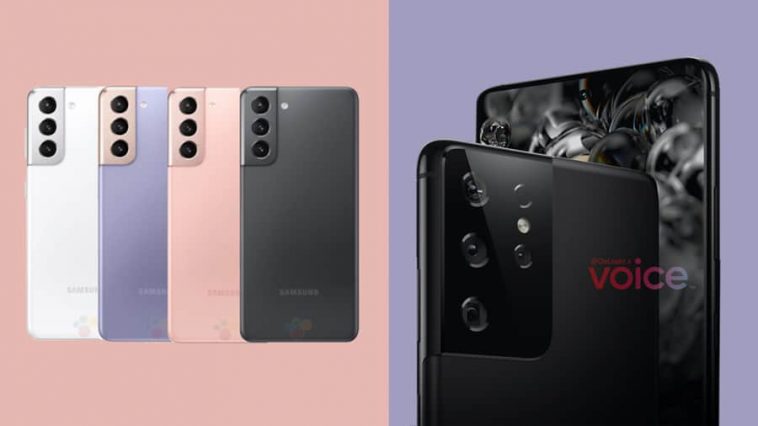 The Samsung Galaxy S21 series is poised for a good start once it comes out, and it would be up to the South Korean tech giant to take full advantage of this extra boost.

One of Samsung’s biggest rivals in the top-end market, Huawei, has been slipping away, which will give the Samsung Galaxy S21 a better momentum once it comes out. However, can these devices be enough to be the top choice? Today we’ve compiled everything we know about these devices to see what they have in store for us. Let’s start.

Just like the Galaxy S20, it appears that this year’s models will come in three flavors: there’s the vanilla Samsung Galaxy S21, a Galaxy S21 Plus, and the top-tier Galaxy S21 Ultra.

We wish Samsung would finally release a successor to the Galaxy S10e for those who want a smaller phone. No leaks or rumors about this device is seen yet. However, with the iPhone 12 mini’s release, Samsung might have a compact flagship under its sleeves for a later date.

We’ve seen tons of leaked renders for the Galaxy S21 series in the last few months. All of those reports point to the same design, so there’s a big chance that it’s the same look that Samsung will be unveiling on the launch day.

The back panel, particularly the camera glass, was redesigned, providing a completely refreshing look to the line. The glass now melts on the sides, with the symmetrically aligned triple cameras for the cheaper models, while the Galaxy S21 Ultra and its fourth camera will have a comically enormous glass.

We have a familiar design on the front. The selfie camera is still on a notch in the middle. But unlike last year’s model, the bezels look more uniform.

The material will still be built on an aluminum frame, with possibly a Corning Gorilla Glass Victus in front and back, the same material found on the Galaxy Z Fold 2.

As for the back panel, it will finally have a matte finish to keep it clean from fingerprint marks and smudges.

The Plus model will add a white/silver option, removing the pink; Just like last year, the fancy Ultra variant will only come in Phantom Black and Phantom Silver.

Now, let’s get to the juicy stuff. Just like last year and years before that, the Galaxy S21 series will come in two key variants: there’s one powered by their in-house Exynos 2100 CPU and one with Qualcomm’s latest Snapdragon 888.

As usual, almost all markets will get the Exynos 2100 model, with the exemption as the United States, which will be getting the Snapdragon 888. However, tables may be turned now the Exynos 2100 is rumored to be more powerful than Qualcomm’s latest flagship.

Unlike the Galaxy Note 20 series’s lousy spacing, it appears that all Galaxy S21 models have a reasonable set of specs. As you know, the vanilla Note 20 looks so bad on paper that it feels like Samsung deliberately wants you to skip it and get the Ultra model instead.

The Galaxy S21 looks like a fairly decent model. Just like its bigger brothers, it will come with a 120Hz refresh rate. However, when compared to other brands, settling for an FHD+ pixel resolution is a little disappointing.

Just so you know, the Galaxy S21 has a 6.2-inch FHD+ LTPS screen; the Plus model is the same but only bigger at 6.7-inches. Lastly, the Galaxy S21 Ultra will get a sharper WQHD+ 6.8-inch screen. Apparently, all of them will have a 120Hz refresh rate.

Being the smallest of all, the Galaxy S21 will only have a 4,000mAh battery, while the Plus and Ultra models will get 4,800 and 5,000mAh batteries, respectively.

No word yet about charging speeds. But, we’re really hoping Samsung to finally break the 25W barrier and follow brands like Realme, Huawei, and others and introduce 65W wired fast charging.

Like the display, the vanilla and Plus models will share the same 12-megapixel main camera, 12-megapixel ultra-wide, and 64-megapixel telephoto lens.

No word yet for the front camera. But just like in their previous flagships, Samsung might settle for a 10-megapixel selfie snapper. It would be nice to see an ultra-wide front-facing lens, at least for the Ultra model, but let’s wait and see.

Bear in mind that those Philippine prices we’ve listed are direct conversions. Since they are from European prices, it will be dramatically lower once it arrives locally. For a recap, the Galaxy S20 launched in PH for Php49,990, Galaxy S20 Plus for Php55,990, while the Galaxy S20 Ultra is at Php69,990.

Release date and availability of the Samsung Galaxy S21 series

The Samsung Galaxy S20 came out in February last year. But for the Galaxy S21, rumor has it that they are slated for a January 14, 2021 release, about a month earlier than their predecessors. They will then ship on the 29th.

Release details in the Philippines will be the same. Like their predecessors, the Galaxy S21’s official prices in the Philippines shall be announced alongside their release abroad. We’ll update this article once these devices become official, so stay tuned for that.