Lately, you may have been noticing a lot of one-panel comic strips in your Facebook News Feed, apparently starring your contacts. When I first saw one, I didn’t give it much thought, thinking it’s one of those emerging memes.

I only started to pique my interest when my GF started using it. For those who haven’t jumped in the bandwagon yet, BitStrips is a Facebook app that gives you a more colorful alternative to posting what’s on your mind (a.k.a. your status) and then some via one-panel comic strips. It’s available as a Facebook app for the desktop, and as installable apps for both Android and iOS (no word on when or if it’ll arrive in WP8).

To tell you the truth, the app isn’t really new. It first came into being December last year, but it’s only now that it’s picking up steam, thanks to its iOS app being released last September (and to Android a month after), again proving how powerful social media has become via smartphones and tablets. 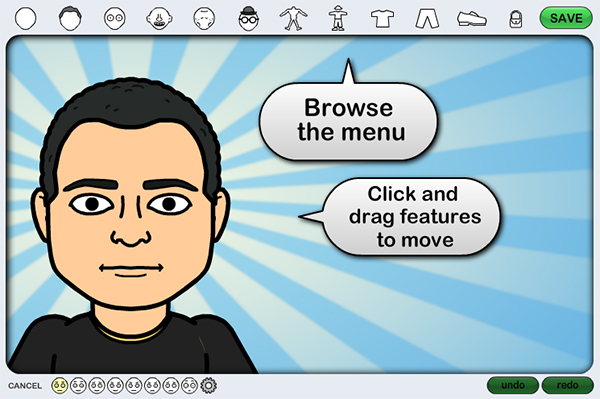 Creating BitStrips is uber easy and quite enjoyable, I have to admit. The first time you’ve added the app to your Facebook account, or after you’ve installed the app to your mobile device, you’ll be asked to create your avatar. You’ll be able to modify a lot of stuff that I’m sure you can approximate your real-life looks to your avatar, or you can go crazy and give yourself a completely different look. Heck, you can even pick your own outfit, and make yourself as thin as you want. I chose to show my “well-rounded” self, though.

Once you’re done tweaking your avatar (I assume you’ll spend a long time on this given the generous amount of customization you can do), then you’re ready to create your BitStrip. Get ready to get addicted more. There are over a thousand comic strips to choose from spread out across three main categories: a Status Comic, a Friend Comic, and a Greeting Card. Each one of those have categories of their own. More are being added everyday, so it’s doubtful that you wouldn’t find anything that you couldn’t use regardless of your mood. 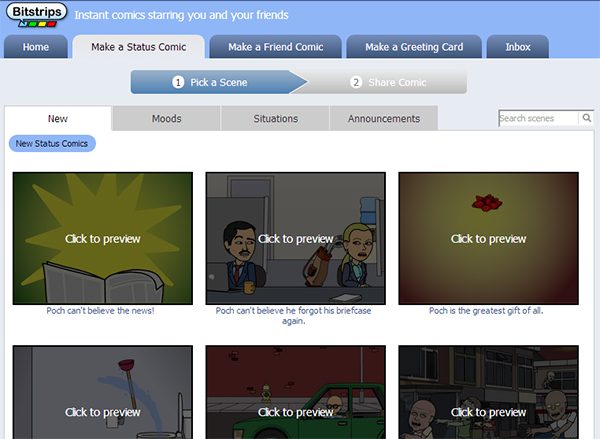 What makes it all the more fun to use is that you can make your friends (i.e. Facebook contacts) co-star in your comic panel via their BitStrip avatar. Regardless of whether you have co-stars or not, you can tweak the captions and add speech bubbles. From there, you can share the comic strip onto your timeline, or if you’re using your mobile device, you can save it directly as an image and share it on a different service, such as Instagram or Twitter. 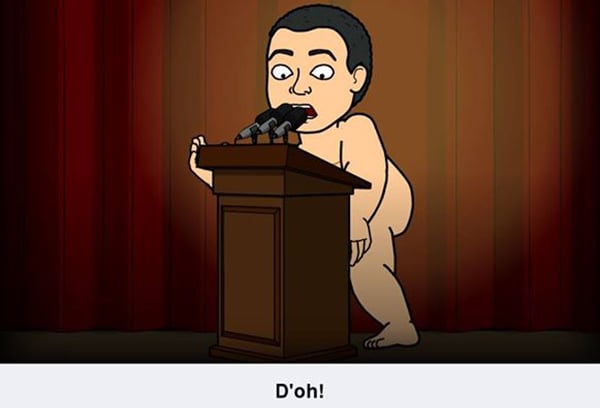 Based on experience and via app reviews, it seems that you’ll get a more stable performance via the desktop than the mobile apps. In any case, if you’re the type who’s fond of sharing status, then there’s a lot to like about BitStrips. If not, then this is at least worth a try.